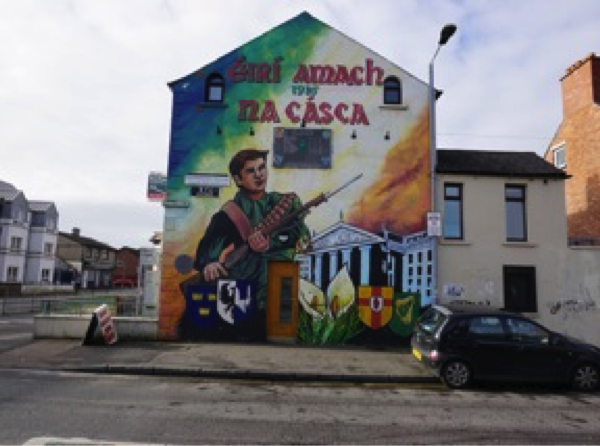 Twenty years after the signing of the Good Friday peace agreement, partisan murals litter the landscape of Northern Ireland reminding all of the thirty-year civil war between Catholic and Protestant neighbors.