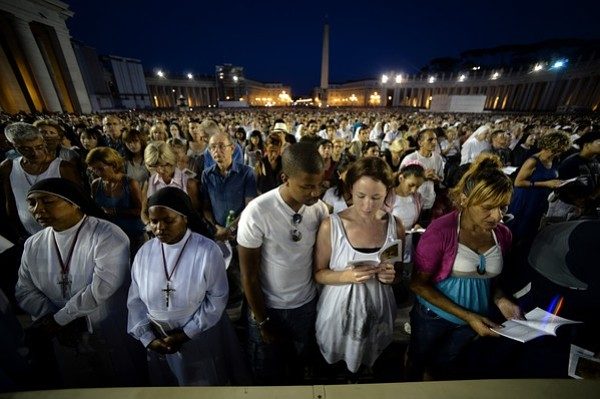 The Work of Prudential Judgment: Another Perspective on Syria from Catholic Theological Ethics

On Saturday, Sept. 7, 2013, Catholics, Christians of other denominations, and women and men of good will observed a day of prayer and fasting in response to the humanitarian crisis in Syria, at the invitation of Pope Francis.

As the Iowa Caucus approaches, increased attention is being paid to the religious affiliations of the candidates for the Republican presidential nomination. Much of this discussion has centered upon Mitt Romney’s Mormonism, but the media has also paid a significant amount of attention to Newt Gingrich’s Catholicism. The latest round of controversy in the mainstream media began with Laurie Goodstein’s New York Times piece, in which she speculated about whether Gingrich’s 2009 conversion to Catholicism fits into a broader shift towards the right for Catholic participation in American politics in the post-Kennedy era. Likewise, Barbara Bradley Hagerty’s NPR piece narrated the details of his conversion process, highlighting the pivotal role of his current wife, Callista, as well as his attraction to the intellectual tradition of the Church.