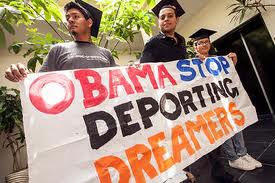 Disillusionment, Democracy, and the Fate of President Obama

My post, “Two American Dreams and One Economic Reality,” looked at the debate about American values initiated by President Obama’s now famous quote: “You didn’t build that.” I argued that the radical individualism embodied by the Republican outrage against this phrase is consistent with neither Christian faith nor economic reality. I am proud of that essay. I think it provided a clear sense of why my Christian faith leads me to support the Democratic Party. But, some of my friends and colleagues pushed back against it pretty hard. They were concerned that my rhetoric of grace and gratitude, my vision of God’s economy, did not quite fit their experience of President Obama or the Democratic Party over the past four years. The disillusionment of these faithful Christians and good Americans is understandable, but my fear is that the fact that Barack Obama is not the Messiah may threaten his very limited but very real accomplishments in both international and domestic affairs….

Freedom, Power, the Affordable Care Act and the Supreme Court

John Calvin and the New Libya

As we in the West celebrate their accomplishments and support their efforts, it is important to temper our expectations and widen our conception of responsible government. The heritage of most Christian reflection on politics has been relatively pragmatic concerning acceptable and appropriate social arrangements.