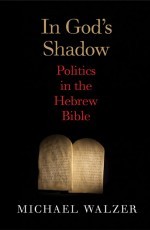 [The the first of three posts this week on Michael Walzer’s “In God’s Shadow: Politics in the Hebrew Bible.”] Michael Walzer occupies a distinctive place in political interpretation. He is a distinguished political scientist who continues to have a significant investment in the Hebrew Bible. His writing thus permits a convergence of the agility of his Jewish perspective on the Bible and his engagement with contemporary questions of power. He has authored an important book on the Exodus narrative and the continuing influence of that narrative upon revolutionary thought and action. His paper, “The Prophets as Social Critics,” moreover, recognized the prophets of ancient Israel as serious social critics and analysts who exposited Israel’s “core values” of justice and righteousness and who were alert to oppressions that impeded social solidarity…

In Their Own Words: Walter Brueggemann

“The Practice of Prophetic Imagination” (Fortress, 2011).

This new book is for me a continuation of my earlier book, The Prophetic Imagination (Fortress, 1978). It is an attempt to think about “prophetic preaching” in the context of the US church where any prophetic dimension to evangelical faith is mostly unwelcome.

I have wanted at the outset to correct two most unfortunate caricatures of the prophetic. On the one hand, there is a conservative tradition that thinks that the prophets are primarily in the business of “predicting Christ.” Of course there is no such thing in this context. On the other hand, liberals regularly associate “the prophetic” with social justice and social action. But it strikes me how rarely the ancient prophets take up any specific issue of social justice.