In the book of Genesis, after the changing of Jacob’s name to Israel, no one calls him by his new name. Instead, the name “Israel” seems to exist as his “true name” and Jacob as his “use name.” “Jacob” is the name that everyone calls him, but he knows that “Israel” is who he really is inside. God has named him “Israel,” and consequently, this will become his legacy.

32:22 The same night he got up and took his two wives, his two maids, and his eleven children, and crossed the ford of the Jabbok. 23He took them and sent them across the stream, and likewise everything that he had. 24Jacob was left alone; and a man wrestled with him until daybreak. 25When the man saw that he did not prevail against Jacob, he struck him on the hip socket; and Jacob’s hip was put out of joint as he wrestled with him. 26Then he said, ‘Let me go, for the day is breaking.’ But Jacob said, ‘I will not let you go, unless you bless me.’ 27So he said to him, ‘What is your name?’ And he said, ‘Jacob.’ 28Then the man said, ‘You shall no longer be called Jacob, but Israel, for you have striven with God and with humans, and have prevailed.’ 29Then Jacob asked him, ‘Please tell me your name.’ But he said, ‘Why is it that you ask my name?’ And there he blessed him. 30So Jacob called the place Peniel, saying, ‘For I have seen God face to face, and yet my life is preserved.’ 31The sun rose upon him as he passed Penuel, limping because of his hip.

Names and naming demand the reader’s attention throughout the Hebrew Bible. Many passages include an etymology for why a person or place received a particular name. Jacob wrestling with a mysterious figure through the night until daybreak is a familiar example of this phenomenon. Indeed, as Jacob’s name changes to Israel, his personality grows into this new character. In this essay, I suggest that a similar process may occur when a transgender person changes their name as well.

Over the past few months, states with Republican governors have passed restrictions on the rights of educators to protect transgender students. Most recently, Virginia has made this move, forcing schools to require parental permission for students to use their correct names and pronouns in school. Additionally, students must use the bathroom that aligns with the sex they were assigned at birth, and parents have the right to decline counseling services.

Though this policy faces protest, Virginia started this change, but other states have enacted policies that discriminate against transgender students. These policies do irreparable harm both to educators and transgender students who will be forced to hide their identities, even if they formerly felt safe in school, provided their families are not supportive. In the lectionary  text for this week, Jacob experiences a different yet comparable situation regarding his name change.

This passage serves as an interlude. The first part of the chapter harkens back to the tension between Jacob and his brother Esau. They have not seen each other since Jacob fled after stealing his brother’s birthright and blessing. In the time between, Jacob has gotten married and had 12 sons (depending on which source/redactional thread one follows) with four different women. He’s become successful, largely as a result of the trickery he enacted upon his brother. Now, Jacob is about to encounter Esau, and he’s justifiably nervous. Will his brother attempt to kill him? Following this passage, Jacob will find forgiveness with his brother Esau, and they are reconciled at last.

Our passage is a particularly confusing one, largely because it lacks detail. It makes sense that Jacob’s family and flocks might travel at night if they’re all moving together, but why does he  remain behind? Is he nervous about meeting his brother? Does he need some time for reflection? Maybe he thinks his brother won’t kill him if he sends him all of his flocks and family as a peace offering? The text simply does not elaborate on this point.

Additionally, the text sheds no light onto who wrestles with Jacob. Is it a godly figure? An angel? Moreover, where did he come from, and why is their first interaction a wrestling match? Again, the text does not provide answers to any of these questions.

The identity of the man and why he and Jacob wrestle have provided fodder for midrash and interpretation for thousands of years, none of which has reached a consensus. For the most part, Christian interpreters have decided that the man is actually God, and Jewish interpreters say that he is an angel (sometimes satan). In Jewish tradition, the idea of having a God appear as a physical being to wrestle a human is anathema. Christian tradition contains the concept of an embodied God through the figure of Jesus and consequently allows for some leniency on this matter. Regardless of interpretation, this man seems to have something supernatural about him, given the lack of explanation about his identity and how he is able to wrestle for hours.

Mostly, this text serves as the setup for Jacob’s name change. When the match comes to a stalemate (Jacob’s hurt hip and the man’s mysterious need to leave at daybreak), Jacob demands a blessing from the man. At that moment, the man changed Jacob’s name to “Israel.” He goes from a man who struggles to a man, and a people, for whom God fights.

Before this text, Jacob was afraid to face his brother and his past that was full of trickery and deceit. From now on, Jacob will face challenges head on—with God at his side—and succeed openly. This does not mean that Jacob has found perfection. He will continue to make mistakes throughout his life, namely the unequal treatment of his sons, that will create problems for following generations. However, after this fight, Jacob is a changed man.

Notice, however, that in the rest of Genesis, even after Jacob finds forgiveness with his brother and experiences the rest of his life, that no one calls him by his new name. Instead, the name “Israel” seems to exist as his “true name” and Jacob as his “use name” to borrow terminology from fantasy literature. “Jacob” is the name that everyone calls him, but he knows that “Israel” is who he really is inside. God has named him “Israel,” and consequently, this will become his legacy.

I wonder at the similarity between Jacob’s experiences with names and transgender people today. I read a tumblr post (in no way do I advocate or even know about anything else this person has said on their blog) recently that mentions a trans person’s discomfort with the terminology of “deadname.” He states:

I was born premature, and my parents’ first child. I was a “surprise” as they say, but they still very much were happy to have me, as they were planning on starting a family, just not so soon.

They put a lot of thought into my name, or rather, my names.

I am named after my great-great-grandmother, whose name began with “E” in English and “aleph” in Hebrew.

I am named after my great-grandfather, whose initials were “E M” in English and “mem aleph” in Hebrew.

A few days after I was born, I lost consciousness, and was in the NICU for days. My father, in my naming ceremony in the hospital’s chapel, breathlessly added a third name, the Hebrew word for “is alive,” which begins with a “C” in English and “chet” in Hebrew.

The English translation of my given name is “Hidden Living Rebellion,” which I embodied well.

My name is now Eitan Meshullam Chai. I kept the initials, both in Hebrew and in English. The English translation is “Strong, Complete, Alive.” I embody that meaning well today. I am strong, I am complete, and I am alive.

My past names are not my “dead names.” They are my given names, and now, I have my new names, my chosen names, chosen with the same gift of prophecy as my parents’ had.

My past self is not dead. It is merely transformed, transitioned, you may say.

I include this post because its message is one I hope to highlight. Jacob has transitioned as a result of his name change. His past self isn’t dead; it has just transformed. Instead of operating in trickery, he operates in the open.  Yet, no one seems to know about this name change. At the very least, no one calls him by this name during his life.

However, Israel becomes Jacob’s legacy. His children and children’s children take on the name “the children of Israel” and not the “children of Jacob.” The nation of Israel (both ancient and modern) is named “Israel” and not “Jacob.” While Jacob is not forgotten, it is the person he has become, Israel, who has a lasting impact on the future.

To bring this back to the present context of transgender people today, Jacob experiences not just a transformation of name but a transformation of personality and identity. Trans people today go through a similar transformation. People may not always use their true names—and in fact the recent Republican push encourages teachers not to recognize transgender children’s identities—the chosen name that fits them now. Maybe the trans person will never feel comfortable to even share their name—something that seems possible in the text, considering no one picks up on Israel’s name change. Yet, like Israel, their transformation cannot be hidden. People will notice the difference, and their chosen name will ultimately become their legacy.

Allies can support transgender people today much the same way Israel as the community supports Israel the person. Though names are important in this essay, names are not the main issue. Acceptance and recognition play the largest role in supporting trans persons. When Israel the community adopts the name of Israel the person, they demonstrate acceptance of him and his legacy. What this might look like for trans people today differs for obvious reasons. However, some similarities remain. First, allies can call trans people by their names. Second, they can stand up for trans children’s right to use whatever name they choose in school without requiring the school to inform the parents. And, finally, cisgender people can ensure transgender people today have a place in society beyond just a discussion of names and pronouns. Access to jobs, healthcare, and education is just as important as calling people by the correct name. 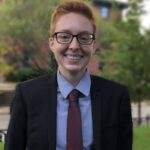 Caralie holds a BSW, an MDiv, and a PhD in Hebrew Bible. Her interests lie in trauma theory, composition criticism, and LGBTQ hermeneutics. She currently teaches religion and philosophy at Cranbrook Schools in Bloomfield Hills, Mi.  She is an editor for the Politics of Scripture.