This post is the introduction to Political Theology 23.1-2, a special double issue on “Deprovincializing Political Theology.” Article topics include: a comparative study between Chinese Marxist and Western liberal human rights traditions; the creation of Confucian religion through the intellectual work of Kang Youwei; the counter-theology of B.R. Ambedkar; the possibility of Rabindranath Tagore’s political thought; a juxtaposition of Carl Schmitt’s and Ayatollah Khomeini’s juridico-political thinking; the transgressive form of boundary crossing and translation across religious divisions by Muslim kings; the assumptions behind “the political” in comparative conversations in political theology; the political theology of an uprising in Buenaventura, the main city-port in Colombia. The special issue also includes a roundtable on “Organizing, Protests, and Religious Practices.”

Having begun in the last century as a mode of reflection on the legacy of Christian traditions for the modern, ostensibly secular, European order, the discipline of political theology has now emerged as an interdisciplinary project that links studies of religion across the humanities and social sciences. This expansion beyond its original cultural context provokes several questions. What does political theology mean outside of Europe and Christianity? What resources do other traditions offer for framing alternative theories of sovereignty, polity, and belonging? The essays collected in the present special issue offer some tentative answers to such questions by drawing on perspectives from Chinese, Islamic, South Asian, and Latin American traditions. They add to an increasing number of works that have attempted to pluralize political theology.[1] Deprovincializing the discourses and practices of political theology would appear an urgent task today, not merely for the growth of this emerging subfield, but because the world itself is plural– and we have much to learn from it. Whether we call it decolonial or postcolonial political theology, talk of expanding the canon, or seek models that might challenge (or replace?) the standard models of polity and economy that are reinforced by many classics of the discipline, the time seems ripe for such a project. We hope that those working within particular traditions of political theology will find such an encounter fruitful, by offering additional resources and resonances for their own reflection and practice, even in the case when such alternatives may prove challenging or resist assimilation.

From Carl Schmitt’s early observations concerning the analogy between monotheism and monarchy[2], to Ernst Kantorowicz’s explorations of The King’s Two Bodies in medieval Christian thought[3], to more recent work by such scholars as Giorgio Agamben[4], the questions of political theology have been asked and answered largely in terms of categories derived from biblical or Western traditions, including both their Jewish and classical pagan branches. As a mode of genealogical critique of secularism, this focus makes sense. Secular modernity emerged largely in and through the development of European cultures. However, growing recognition of the Christian genealogy of many secular political ideas raises, at the same time, the question of whether other cultures also have political theologies and, if so, how these might differ from their European analogues. Is it the case that European political theology is derived, not from the universal requirements of any political order, but rather from specific Christian underpinnings? Or can we identify fundamentally similar ideas elsewhere, ideas that depend on the logic of sovereignty rather than on parochial cultural assumptions? How we answer such questions will have important consequences for the methodological focus and self-understanding of political theology as a discipline. And such questions can be answered, if at all, only by placing political theology in conversation with non-Western discourses.

These questions become especially salient in cultural contexts where some of the foundations of a distinctively European political theology would appear to be lacking. Abrahamic monotheism has been identified as the basis for several tendencies supposedly distinctive of political theologies derived from the Bible, including their exclusivity and intolerance[5] and their concept of divine omnipotence, as suggested by biblical accounts of miracles, divine command, and creatio ex nihilo.[6] Arguably, these tendencies are not present in the same way or to the same degree in some other major traditions. Where monotheism is absent, does this mean that its political corollaries are also missing? Even in the case of Islam, we cannot simply assume that monotheism has had consequences for political thought identical to those that have unfolded in Christianity and Judaism.

It is never a bad thing to reflect on the classics. We ignore them at our peril. But how may we refresh these, if not by looking beyond them? That this task has not yet been accepted as imperative can be illustrated easily enough: the now-classic 800-page volume Political Theologies consisted almost exclusively of articles written by Western theorists on biblical and European traditions.[7] Even the recent second edition of The Wiley Blackwell Companion to Political Theology, which weighs in at over 600 pages, and includes entries on Christianity in different geographic areas, such as Asia and Africa, as well as a final section on Abrahamic perspectives with a single article on each of Islam and Judaism, still contains no entries on Hinduism, Confucianism, or individual thinkers outside of the Christian and European contexts.[8] For many, “political theology” has an even narrower meaning, being confined to certain debates emanating in Weimar-era Germany. Miguel Vatter is undoubtedly correct, in a technical sense, when he states that the concept, if not the term, political theology was introduced by Carl Schmitt only in 1922, “to refer to the structural identity of the concepts employed by the sciences of theology and jurisprudence in medieval thought.”[9] However, Vatter proceeds to quote Schmitt’s statement that “there are many political theologies because there are, on the one hand, many different religions, and, on the other hand, many different kinds and methods of doing politics.”[10] Schmitt himself did not develop this dictum further, for example by extending his analyses beyond Christianity and its classical pagan sources.  Giorgio Agamben has drawn on a far broader range of European sources, classical, Christian, medieval, and modern. However, his recent foray into Indo-European parallels, as reflected in the etymological relationship between Sanskrit karman and Latin crimen, while intriguing, appears both wedded to a version of the genetic fallacy and intended to reach a conclusion predetermined by his analysis of the European sources.[11] Rather than acknowledging real differences among political theologies, such an approach runs the risk of erasing these differences.

It has sometimes been claimed that political theology is a specifically Western phenomenon. Jan Assmann argued that ancient Israelite monotheism, with its demand of exclusive worship of the one, true God, created “total religion” by transposing or elevating the political distinction between friend and enemy into the domain of religion, thus making this distinction absolute.[12] Assmann would make the combination of politics with theology the defining characteristic of the Abrahamic traditions. Similarly, Jakob de Roover stated that “Beyond the so-called Abrahamic religions, one cannot speak of ‘political theology’ as though this is a common type of political reasoning based on divine revelation.”[13] De Roover rejected Mark Lilla’s claim that political theology was universal prior to secular, Western modernity, which alone has managed to separate religion from politics.[14] Strikingly, Schmitt’s own dictum regarding the plurality of political theologies was a rebuttal to Erik Peterson’s claim that true Christianity lacks a political theology.[15] According to Peterson, political theology was a problem inherited or adapted by some early Christian thinkers, such as Eusebius, from pagan conceptions of monarchy, in which there existed an analogy between the worldly ruler and God. Peterson’s contention that “monotheism” was “a political problem” resolved or avoided by orthodox trinitarian theology confined political theology to paganism.[16]

Is Christianity, or are the Abrahamic traditions, uniquely political? How one answers this question would appear to be predetermined by one’s theological stance; as well as by what one means, precisely, by political theology. From our perspective, the attempt to confine the problem signaled by the term political theology–namely, the entanglement of religion with politics–by relegating this to the pre-Christian pagan past (as Peterson does), or to pre-Enlightenment Europe (as Lilla does), or to the Abrahamic traditions (as Assmann and De Roover do), represents a strategy of avoidance and denial. The interaction– through coordination, complementarity, or opposition– between religion and politics is ubiquitous. Therefore, we should welcome also into the discourses on political theology the recent revival of anthropological attention to sacred kingship as perhaps the oldest and most perennial combination of religion with politics[17], or the attempt to extend Schmitt’s definition of sovereignty in terms of the state of exception (Ausnahmezustand) beyond European cultures and to other historical eras.[18] Only by testing our theories against a broader set of data will be able to confirm, reject, or amend our hypotheses regarding human nature, and to expand our knowledge of alternative models for polity.

Pluralizing the practice of political theology is not merely an intellectual but a moral imperative. We live now in an increasingly global world, one which is also post-secular. This need not lead to Samuel P. Huntington’s fatalistic vision of a “clash of civilizations,” which essentialized cultures in religious terms.[19] The current moment resembles, in some respects, the earlier movement of Christian Hebraism in seventeenth-century Europe, when a sustained reflection on the Bible and Christian traditions contributed, by way of renewal and transformation, to our modern political settlement.[20] However, the societies we inhabit are increasingly plural, while political matters easily cross over the borders of nation-states. This means that the challenges we face are even greater. We must not only renew European traditions, but move toward a more truly global understanding of the human condition. Political theology has a role to play in this regard.[21]

[8] Cavanaugh and Scott, The Wiley Blackwell Companion to Political Theology.

[12] Assmann, “Total Religion,” drawing on Schmitt, The Concept of the Political.

[15] Peterson, “Monotheism as a Political Problem.”

[17] Graeber and Sahlins, On Kings; Moin and Strathern, Sacred Kingship in World History.

[18] Yelle, Sovereignty and the Sacred.

[19] Huntington, “The Clash of Civilizations,” 25, enumerated “seven or eight major civilizations… includ[ing] Western, Confucian, Japanese, Islamic, Hindu, Slavic Orthodox, Latin American and possibly African civilization.” He added that these “civilizations are differentiated from each other by history, language, culture, tradition and, most important, religion.”

[21] Most of the essays collected in the present special issue were presented originally at a conference on “Deprovincializing Political Theology” convened by myself and Vincent Lloyd at the Ludwig Maximilian University, Munich in October 2019. I thank all of those who participated in the conference and in earlier workshops and conferences in Munich that paved the way for this special issue. 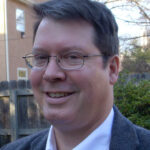 Robert Yelle is Professor of Religious Studies at Ludwig Maximilian University, Munich. He was educated at Harvard (A.B. 1988), Berkeley (J.D. 1993), and Chicago (Ph.D. 2002), and has held fellowships from the University of Toronto, the University of Illinois, NYU Law School, and the John Simon Guggenheim Memorial Foundation. He is the author of Explaining Mantras (Routledge 2003), The Language of Disenchantment (Oxford University Press 2013), Semiotics of Religion (Bloomsbury 2013), and Sovereignty and the Sacred (University of Chicago Press 2019), in addition to several edited volumes and numerous articles and book chapters.