When leading members in the church uncritically participate in class based favoritism, they become complicit in oppression. The message of James is simple and arresting. Judgement awaits those who ignore God’s preferential option for the poor and become participants in prevailing discriminatory logics.

James 2:1-13 reminds me of two contrasting experiences during my pastoral experience in rural south India. On the one hand, a dominant caste person approached me to “bless” his newly acquired third house. On the other hand, a poor Dalit widow, a recipient of the church’s widow pension mission project, invited me to her house to say a word of prayer, remembering how God had been gracious in allowing her to pay her house rent without delay each month. These contrasting experiences of “blessing” and “prayer” for a rich dominant caste person and a poor Dalit widow lingered in my mind and challenged my sense of ethics as a pastor. What is striking in James is the fact that church elders (adelphoi in James 2:1), presumably those in similar positions like me as an ordained pastor, are the ones held responsible for creating a system of hierarchy and favoritism based on wealth and power in the church. Here lies the challenge of the letter that I would like to unpack.

Dominant caste persons in India assume superiority based on their caste ranking in the social hierarchy. The caste system in India is a class structure determined by one’s birth. The privileges and opportunities that one has access to depends on the family one is born into. In other words, access to privilege in India is often related to caste identity. Dominant caste communities often own land. On the other hand, Dalits are often landless. Dalits (from a root which means “broken”) are communities in India that are oppressed based on caste ranking. When the  dominant caste person invited me to “bless” his newly acquired third house, I acutely felt this larger context of social hierarchy and unequal power.

The dominant caste person accumulated wealth and unquestioningly believed that this was a blessing from God. He invited several people to witness his “faith” and appreciate his “hard work.” For him, the outcome of his “hard work” and faith was a new building. His success, wealth, and multiple houses were endorsed by “faith,” but he remained complacent to the privilege he obtained from his dominant caste identity. The Dalit widow, who invited me to her house to pray, initially didn’t mention the reason for the prayer. Only subsequently did she mention that the reason she invited me was in order to express gratitude to God for answering her prayers to pay her house rent every month without delay. When I arrived at her single room home that she shared with her son, daughter-in-law, and grandchild, I immediately noticed it was a small space. Despite the obvious lack of privilege, in remembering God’s faithfulness, it had been her practice to invite a pastor for prayer as a sign of thanksgiving.

The Dalit widow’s response made me pause.  The dominant caste person sought blessing as a means to protect success (informed by privilege). The Dalit widow sought blessing as protection from failure (informed by lack of privilege). This stark contrast created an uneasiness within me. Uncritical theological notions such as blessing and success can in fact perpetuate class disparity in faith communities. Such uncritical theological notions become complicit in making the rich richer and the poor poorer.

James 2:1-13 describes tensions between two groups of differing social status; one rich and the other poor. In her book, The Scandalous Message of James, Elsa Tamez (pp. 8-11) observes this tension and notes that, in addressing the issue of oppression, James holds the elders of the church community responsible for the class division that prevailed in the community. James’ accusation is not just for being complacent, but also for being complicit in oppression. James 2:2 exposes that such tension is due to favoritism that gives importance to the rich (with gold rings and fine clothes) while disregarding the poor (with dirty clothes). While poverty is a problem in itself, favoritism exacerbates it. Such favoritism is a problem in our own time.

Although the word “poor” implies economically marginalized groups, James particularizes them. James 1:27 notes the presence of orphans and widows in trouble. In ancient Palestine, orphans and widows could not defend themselves. J. T. Fitzgerald in his essay, Orphans in Mediterranean Antiquity and Early Christianity, draws five factors that contributed to the high incidents of orphans in antiquity. War (p. 31) was one of the major reasons for this high number. The advocacy for these groups recorded in the decalogue (Exodus 22:22), Deuteronomic law codes (Deuteronomy 10:18; 14:28; 16:11,14; 26:12-13; 27:19) and prophetic literature (Isaiah 1:17; 23; 10:1-2; Ezekiel 22:7; Zechariah 7:10; Malachi 3:5) affirms the centrality of God’s concern for orphans and widows. In other words, those that are vulnerable and politically powerless are the objects of God’s favor. They are to be the objects of our favor as well. As a matter of fact they are to be the subjects of our theologizing. When favor and favoritism is shifted towards the rich, it is a political and theological problem.

In this context, James 2:3-4 exposes favoritism as that which disregards the presence of the oppressed and further silences their voices. This is condemned, for to dishonor the poor is to also dishonor God. James asks, “Has not God chosen the poor in the world to be rich in faith and to be heirs of the kingdom that he has promised to those who love him?” (James 2:5). James invites the community to stand in solidarity with the oppressed. Such an act is rooted in the faith affirmed in Jesus Christ. Dishonoring the oppressed, as Gustavo Gutierrez would note, nullifies God’s preferential option for the poor. James affirms the identity of the oppressed as heirs of God’s reign (James 2:5). Being part of God’s community is to be in solidarity with and care for the oppressed. To speak of “faith,” therefore, is to act and work in a way that empowers the poor.

The two contrasting experiences between the rich dominant caste person and the poor Dalit widow are similar to those of the rich and poor in James. In both situations, church elders participate. Pastors in India often succumb to this seductive character of favoritism disguised in the form of religious rituals like blessing and prayer. In India, to equate economic success as “blessing” is a way of privileging dominant caste based identity because, as noted in the beginning, access to resources is a marker of dominant caste status. When leading members in the church uncritically participate in class based favoritism, they become complicit in oppression. The message of James is simple and arresting. Judgement awaits those who ignore God’s preferential option for the poor and become participants in prevailing discriminatory logics. 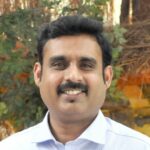 Rueben Manohar is an ordained minister of Karnataka Central Diocese, Church of South India. He is currently pursuing his Master of Arts in Pastoral Care and Counselling at Garrett Evangelical Theological College, Chicago.