Jezebel embraces her gods just as Elijah does. When the prophets of her gods are mocked and killed in a most disrespectful way, Jezebel is angered. In the face of death, she remains fearless. Her fearlessness combined with her reverence to her gods in a foreign land makes her an example for contemporary women.

The Revised Common Lectionary has 1 Kings 19 as the first reading for 3 consecutive times in the past three years. However, except for this year, the account of Jezebel in 1 Kings 19:1-2 was ignored in the previous years. The flight of Elijah in v3, his encounter with the angel of the Lord in vv 5-7, and later a theophany in vv 11-18 have been dealt with extensively by preachers.

For a perspective on Elijah’s encounter with the angel of the Lord, see John Boopalan’s essay in Politics of Scripture. I would like to focus on the account of Jezebel in 1 Kings 19:1-2 because the accounts of Jezebel do not appear in the lectionary texts, and she remains as a woman with bad rap.

Since Jezebel’s accounts are not otherwise foregrounded in the lectionary readings, I include details from the wider context 1 Kings 16-19 to understand Jezebel better. In discussing the accounts of Jezebel, I argue that Jezebel, the foreign woman, is introduced as an oppositional character to elevate the character of Elijah and establish the authority of YHWH: “She is a foil in the story of male power struggles over prophetic and royal leadership” (Robyn J. Whitaker). She is a foreign woman who entered a hybrid space through her marriage to Ahab but was trapped in a cycle of violence. The accounts of Jezebel in 1 Kings 16-19 exposes the ways in which women who challenge the power structures and religious authorities of men are demoralized and hyper-vilified. However, Jezebel’ fearlessness in the face of death is a paradigm for modern women to disregard threat and danger.

In 1 Kings 16-19, the narrator presents Jezebel as an epitome of foreign women who deserve horrific consequences. Melissa Jackson notes that in the Hebrew Bible, foreign women with power, Jael, Rahab, Michal, Ruth, “receive approbation even while engaging in treason, murder, and seduction,” whereas “Jezebel reaps condemnation” because “they support Yahwism, she doesn’t.”

Ahab, the king of Israel takes Jezebel, the daughter of king Ethbaal of Sidon as a wife. King Ahab supports Jezebel and her gods. In fact, the text presents king Ahab as the primary actor who goes, serves, worships, and erects an altar for Baal (1 Kings 16:31-32). Jezebel remains as a passive and silent spectator in most of the accounts. The only indirect speech of Jezebel is recorded in 1 Kings 19:2 when she sent a messenger to Elijah saying, “so may the gods do to me and more also, if I do not make your life like the life of one of them by this time tomorrow.” What provoked Jezebel’s anger? What caused Elijah to be afraid?

But when Elijah heard the words of Jezebel through her messenger, he shriveled. He disregarded the power of his God, and he overlooked his ability to invoke God’s presence. Unlike the previous chapters where Elijah is in control over the unfolding events, now it’s Jezebel’s turn to be in control over where Elijah goes and how he goes. She regulates Elijah’s actions and emotions.

While the text is ambiguous regarding the specific reason for the turn of the events, two things can be surmised. First, Elijah had to retract from the power of Jezebel. Interestingly, neither the angel of the Lord in 1 Kings 19:5-7 nor the voice of God in v11ff encourage Elijah to face Jezebel head on. Instead, they supported his flight.

Second, Elijah’s withdrawal from Jezebel could also be an acknowledgment of her righteous anger. Elijah has just killed all the prophets of Baal who were fed at the table of Jezebel (1 Kings 18:19). In 1 Kings 18:18, Elijah accuses Ahab and his father’s house for forsaking the commandments of the Lord and following the Baal, but the ones who will be punished are those who eat at the table of Jezebel (18:19). Thus, the confrontation and accusations between Ahab and Elijah turn into a confrontation between Jezebel and Elijah, and they interact indirectly for the first time.

Although Jezebel has killed the prophets of the Lord, the text doesn’t mention why she has killed the prophets of the Lord. Elijah’s intentional attack over her close associates to whom she provides food even during the drought angers Jezebel. Jezebel, the queen, the wife of king Ahab, daughter of king Ethbaal is challenged for the very first time. Her presence and her gods’ presence is questioned by a prophet who was provided with food by the widow of Zarephath in her province, Sidon. She angers the violence inflicted by Elijah in return to the hospitality her people have rendered him. She angers because the hybrid space that was meant to be mutually hospitable turns into a violent space.

Hybrid space is an altered space where people from diverse religious, caste, gender, economic, social, political identities coexist to contribute to the fabric of the community. The communities that live in these hybrid spaces do modify/enhance/change their identities as they interact with new communities. However, any enforced modifications are resisted by the communities.

Jezebel who was part of such a hybrid space resisted the enforced modifications. She wanted to maintain her unique identity but does not want it to be enforced. For Jezebel, the events unfolded in a foreign land, she was the Other in the narrative. The narratives of Elijah and Jezebel embody the self/Other, us/them, male/female, native/foreigner, god/gods dichotomies. While Elijah is the worshiper of YHWH, Jezebel is the worshiper of Baal. Religiously pitted against each other, Elijah represented YHWH and Jezebel represented Baal. Forbidding the translation “the pile of feces” (Melissa Jackson) for Jezebel, Phyllis Trible declares, “the faith Jezebel espouses, her name announces.” Correspondingly, Elijah’s name “YHWH is my God,” announces the faith he espouses.

Jezebel embraces her gods just as Elijah does. When the prophets of her gods are mocked and killed in a most disrespectful way, Jezebel is angered. In the face of death, she remains fearless. Her fearlessness combined with her reverence to her gods in a foreign land makes her an example for contemporary women. 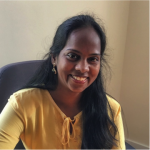