The Israelites no longer needed God to provide manna for nourishment, but had their own land. The manna, in one sense, represents charity work. It is helpful and gives immediate attention to the person in need. Yet, if we are not advocating for the Promise Land where housing is affordable, jobs are of plenty, oppression is repressed, etc, then we need to have a reality check.

“The Lord said to Joshua, “Today I have rolled away from you the disgrace of Egypt.” And so that place is called Gilgal to this day.
While the Israelites were camped in Gilgal they kept the Passover in the evening on the fourteenth day of the month in the plains of Jericho. On the day after the Passover, on that very day, they ate the produce of the land, unleavened cakes and parched grain. The manna ceased on the day they ate the produce of the land, and the Israelites no longer had manna; they ate the crops of the land of Canaan that year.” Joshua 5:9-12 NRSV

The context in which the Hebrew Bible lectionary reading is situated happens immediately after Joshua circumcises the Israelite boys and before settling in the Promise Land. Since all of the men of the previous generation died traveling in the wilderness, the boys never had the chance to be circumcised. After this painful ritual, their scars were healed and God spoke, “Today I have rolled away from you the disgrace of Egypt,” which is why they named the area Gilgal, “to roll.” God brought them out of Egypt and through the wilderness to the land of “milk and honey.” Today, the voiceless and neglected in our society are still looking for their Promise Land.

One sign of hope of the Promise Land happened in the political sphere last week: Congress passed The Violence Against Women Act. Louise Erdrich wrote in her NY Times Op-Ed that this bill will “enhance protections for American Indians, undocumented immigrants and gay, lesbian, bisexual and transgender youth, among other vulnerable populations” by “recognizing crimes like rape, domestic abuse and stalking as matters of human rights.” The law first passed in 1994, expired in 2011, and passed again last week, but updated.

The thing to remember about laws is that they are temporary. They are passed in a particular time and place. They all need updating because no law is fully just and no law is universal. The Violence Against Women Act now includes more groups that face sexual violence that weren’t included in the 1994 version. Yes, this law is much more just than it was, but it is still the beginning. We still need to educate our culture about myths accompanying rape, patriarchy found within families, and the ugly, misogynist words of congressmen.

Just as laws must be revisited, the interpretation of ancient Scriptures should be as well. Although the Israelites made it into the Promise Land, their liberation was never fully complete. Several Empires suffocated freedom for the people in this land: The Assyrians, Egyptians, and Babylonians to name a few. The fight for liberation and freedom is a continual process that should not be taken lightly.

In the Gospel Reading, Jesus tells his listeners the parable of the Prodigal Son. Some questions come to mind: Does the son claim liberation the moment he is embraced by his father? Or does liberation resemble more of the faithfulness of the older brother, who receives no recognition for the hard labor done for the father’s household? Is liberation found in the household working together? I tend to believe that we need moments of existential crises by running away from our comforts and rethinking our lives. If we are always in the field working, building houses with Habitat for Humanity, or serving at shelters, then we are not paying enough attention to our own liberation. Our liberation is caught up with others, and if we love others without asking why structures are set up to oppress, we need to be more intentional with our serving.

The Israelites no longer needed God to provide manna for nourishment, but had their own land. The manna, in one sense, represents charity work. It is helpful and gives immediate attention to the person in need. Yet, if we are not advocating for the Promise Land where housing is affordable, jobs are of plenty, oppression is repressed, etc, then we need to have a reality check. We must strive for the Promise Land, surrendering our desires for the common good of all persons while still providing manna for those in need.

Timothy Wotring holds a B.A. in Theology from Eastern Theology. He lives in West Philadelphia and works as a Youth and Family Ministry Coordinator at a United Methodist Church in Havertown, PA. He blogs at blackflagtheology.com and is interested in political, liberation, feminist, and postcolonial theologies. 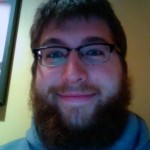 Timothy Wotring is a graduate of Eastern University in Saint David’s, PA. He lives in West Philadelphia and is a member of the Episcopal Church. He keeps a blog (blackflagtheology.com) and is interested in political, liberation, feminist, and postcolonial theologies.