6:1 He left that place and came to his hometown, and his disciples followed him.
6:2 On the sabbath he began to teach in the synagogue, and many who heard him were astounded. They said, “Where did this man get all this? What is this wisdom that has been given to him? What deeds of power are being done by his hands!
6:3 Is not this the carpenter, the son of Mary and brother of James and Joses and Judas and Simon, and are not his sisters here with us?” And they took offense at him.
6:4 Then Jesus said to them, “Prophets are not without honor, except in their hometown, and among their own kin, and in their own house.”
6:5 And he could do no deed of power there, except that he laid his hands on a few sick people and cured them.
6:6 And he was amazed at their unbelief. Then he went about among the villages teaching.

I grew up in Gangwon province in South Korea, right below the Korean Demilitarized Zone, the military division between North Korea and South Korea. My hometown is the same place which had given a traumatic experience of the foreign for Frank Money, an African-American veteran in the Korean War in Toni Morrison’s novel, Home. Now that I have become a perpetual migrant, I doubt if anyone would recognize me there. Home nevertheless evokes mixed feelings and memories for me, some of which remain unprocessed and repressed. For Frank, my hometown represents the distant past that haunts him, invoking memories of the U.S. involvement in the Korean War. These painful memories of war follow Frank after he returns to his own hometown, Georgia, where he sees inhospitality toward African Americans ever so vividly. As it was for many African Americans who served in foreign combat, it was visceral racism and poverty, not fanfare and cheers, that awaited Frank at his homecoming.

Homecoming typically entails complex feelings, and I suppose Jesus was no exception when he returned to his hometown with his disciples. Jesus was from the middle of nowhere, a place where nothing spectacular was expected. “Can anything good come out of Nazareth?” Nathanael asks in the Gospel of John when he is first introduced to Jesus by Philip (John 1:46). Compared to the Palm Sunday narrative of Jesus’s triumphal entry into Jerusalem, the story of his homecoming in Nazareth is rather anticlimactic. Mark 6 does not detail much about Jesus’s ministry in Nazareth, but the narrative is not quite akin to a heroic Homerian homecoming. The Nazarenes are rather hostile to Jesus. Jesus is not someone special; he is only a carpenter, one of the locals, “the son of Mary and brother of James and Joses and Judas and Simon” whose sisters are just like themselves (Mark 6:3). This ambivalent reaction in turn surprises Jesus; it is one thing to be rejected by those in authority, but it is another thing for Jesus to be rejected for being one of his own people. Doubts arise from an assumption that familiarity should lead to uniformity: “Are you not one of us? Then you should be like us!”

What does it take for someone to speak to one’s own home context? Here is a contemporary saga of another inglorious homecoming, the story of Maria Ressa, a Filipino journalist and the 2021 laureate of the UNESCO Cano World Press Freedom Prize. An immigrant from the Philippines to New Jersey, she made the choice to return to the Philippines as a seasoned journalist and faced the tyranny of the authoritarian regime in her own homeland. A former journalist for CNN and ABS-CBN News, Ressa is now a fierce spokesperson for democracy and freedom of the press under the rule of Rodrigo Duterte. Rappler, the independent news outlet which Ressa co-founded, carries the legacy of free press advocacy in the Philippines in its mission statement, which aims to “speak truth to power and build communities of action for a better world.”

While it may be a small independent news site, Rappler is a megaphone to the world where democracy is under threat. Fake news and online misinformation have become the biggest threats in our society, where narcissists are rewarded and liars are pardoned. The distinction between opinion and fact is blurred, and one’s disregard for others’ reality becomes a mark of positive masculinity. The world has witnessed how anti-democratic values and popularist politics can spread like the global pandemic. Bringing democracy back home begins with rebuilding a truth-speaking culture. Yet, truth-speaking can be much harder at home, because the temptation of uniformity is stronger. When belonging becomes an end-goal, not justice, we easily fall into the ills of homogeneous thinking. Home can be two-faced; it comes as a sweet nostalgic comfort but can disguise a dangerous notion of stagnated and space-bounded identity.

Ressa’s story tells a story contrary to the model minority myth of Asian American success or the assimilation narrative of being either American or foreign. Rather, the hostile reception of Ressa by the authoritarian regime of the Philippines shows how contempt-based identification coincides with the culture of fear. Ressa’s message of democracy and freedom of the press is an unwelcomed threat to the populist Duterte, and it comes with a costly price for choosing the path of inglorious homecoming. The cost of truth speaking in one’s own context can lead to a bloody road rather than a red carpet.

Homecoming is when reality is tested. Only when the veil of nostalgia is removed and the illusion of belonging is exposed can our message to our communities be heard for what it is. But beware, when truth-speaking disturbs the feelings of familiarity, it can breed contempt. 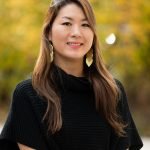 Shalon Park is a Ph. D. Candidate at Princeton Theological Seminary in History & Ecumenics. As a historian committed to religious diversity, Park writes on issues that include the U.S. relations to Asia, language politics, religious fundamentalism, and globalization. Park is currently completing a dissertation on politics of sacred translations of East Asia.