Can the Spirit provide comfort when confronted by such great sin and suffering? I offer a tentative, hesitant yes. A Spirit committed to justice is a Spirit that will lament injustice.

When I sat down to write this, it was just a day after the horrific violence at Robb Elementary School in Uvalde, TX. It was only eleven days after the Top Market massacre in Buffalo, NY.   Like much of the US, I was struggling with shock and grief, angry and frustrated at the many ways our country’s leadership has failed to take action and protect the common good from gun violence.

When I turned to the readings this week, which call us to faith and hope in the work and grace of God, I found myself unable to hear the “good news.” In this moment, I wanted space for lament and righteous anger.

I suspect this is not an uncommon struggle for preachers in traditions with fairly rigid liturgical cycles. The world does not operate on the same ebbs and flows as churches: there are often deeply sorrowful Christmases and Easters, and joyful Lents.

Yet, liturgy seeks to connect us to God not in spite of the world, but through it. If God is the one who created this world (as Proverbs tells us in the reading this week), then how do we make sense of that world as we experience it in deep sorrows? Put another way: if readings from Proverbs emphasize wisdom and hope, then how does this moment of sorrow speak back to those readings and the challenges of discipleship today? And can we find comfort without resorting to facile assertions of justice to come?

To you, O people, I call, and my cry is to all that live.

The LORD created me at the beginning of his work, the first of his acts of long ago.

Ages ago I was set up, at the first, before the beginning of the earth.

In my tradition (Roman Catholicism) and many others this Sunday, the one after Pentecost, is considered Trinity Sunday. After the coming of the Holy Spirit is celebrated at Pentecost, Trinity Sunday is meant to celebrate the mystery of the three-in-one Christian god.

I have often thought that the doctrine of the Trinity is the most deserving of the term mystery, in both the colloquial and theological sense. Certainly, it is a doctrine that relies on a frustrating, abstract precision that is difficult for even theologians; its primary purpose may be to keep us asking questions, and prevent the human tendency to put God into anthropomorphic boxes.

Where the Pentecost readings last week centered on the arrival of the Spirit in Acts 2 (and Jesus foretelling this arrival in John 14), this week’s readings (in a Christian interpretation, that is) center on the relationship of the persons of the Trinity.

Many Christians take the verses from Proverbs to signify that the Holy Spirit is co-eternal with God the Creator. In this way they operate like the logos in the first lines of John’s gospel (John 1:1–3), which affirm Jesus’s pre-existence and oneness with God as the second person of the trinity. But what Proverbs also does (especially in sections of the text that are removed from the lectionary) is stress the agency of Wisdom, of the Spirit as Christians have come to understand her (the pronoun used in the text).

Wisdom, and by extension the Spirit, is not merely a byproduct of creation. She is a “master worker” (Proverbs 8:30), she provides structure to the world as its mountains rise and depths are filled with water. And most importantly, she teaches humans the ways of justice:

for my mouth will utter truth;

wickedness is an abomination to my lips.

All the words of my mouth are righteous;

there is nothing twisted or crooked in them.

They are all straight to one who understands

and right to those who find knowledge.

Take my instruction instead of silver

and knowledge rather than choice gold.

The Spirit goes on to speak about just leaders who heed her lessons, and warns that those who ignore her will “injure themselves; all who hate me love death” (Proverbs 8:36).

Not only was the Spirit shaping creation, she designed it with justice in mind. Of course, the problem she names here is that many prefer wealth or power to the Spirit’s wisdom. This is no surprise—we feel the pain of this failure acutely each time life is lost to senseless, preventable violence.

So scripture tells us God and the Spirit did not create the world for such pain; we were created for justice, for life. When we encounter pain, scripture offers another tool: lamentation. The book of Proverbs, as a piece of wisdom literature, is a part of the ketuvim, that is the part of the Hebrew scriptures that also includes Job and Lamentations. Despite such wide-varying themes and authorship, the ketuvim was brought together because knowing when to lament is part of developing wisdom.

And not only that, but we also boast in our sufferings, knowing that suffering produces endurance, and endurance produces character, and character produces hope, and hope does not disappoint us, because God’s love has been poured into our hearts through the Holy Spirit that has been given to us.

The text from Romans may be the one that is most difficult to engage in our current context. Paul wrote this letter to assert the certainty of salvation—that we are “justified by faith” as in the first line of the reading (Romans 5:1). He draws a direct line through human suffering, to Christ’s suffering on the cross, to discipleship. Even if we have already been redeemed by the cross, the work of following Christ will be hard and often dangerous.

The kinds of suffering that early Christian communities experienced in Rome were significant. They were a diverse, often divided community still figuring out their identity. Jewish members of the early Roman churches had faced exile and persecution. Still, the kind of suffering that Paul writes of seems different from what Uvalde, TX or Buffalo, NY experiences today. These deaths were not martyrdom for the sake of some greater cause. They feel senseless. This is a kind of suffering that we should not have to endure, that does not further the gospel.

Later in Romans, Paul writes with the conviction that because we are justified by grace, the gospel transforms the way Christians live, and we are to “overcome evil with good” (Romans 12:21). Faith begets action. Yet, it is so often Christians who have been enabling and causing the gun violence that the US is constantly reeling from.

There has been growing attention lately to the ways that ostensibly Christian constructions of masculinity, leadership, and culture wars lends itself to an embrace of guns and firearms. These versions of Christianity also make claims to truth and justice, but they do so through the use of power: political power and weapons of power. Reliance on power contradicts the vision of justice that Wisdom proclaimed in Proverbs, where she rejects “pride and arrogance and the way of evil” (Proverbs 8:13).

I suspect more of this will emerge in the upcoming weeks and months as we continue to process why it is that so many Christians seem to love death more than wisdom.

When the Spirit of truth comes, he will guide you into all the truth; for he will not speak on his own, but will speak whatever he hears, and he will declare to you the things that are to come.

In John’s gospel, Jesus speaks of the Spirit to assure the disciples that they will not be alone when he leaves them and returns to God (John 16:5–7). In bringing truth, the Spirit “will prove the world wrong aboutsin and righteousness and judgment: about sin, because they do not believe in me; about righteousness, because I am going to the Father, and you will see me no longer; about judgment, because the ruler of this world has been condemned” (John 16:8).

John’s Jesus is aware that the world is upside down, and that we are unprepared for it. He acknowledges the pain that his disciples will encounter and tells them to anticipate joy. But, like Paul, this sense of pain seems to include a sense of contributing to some greater good. It lacks the senselessness of recent tragedies. Can we find comfort in the Spirit when confronted by such great sin and suffering?

I offer a tentative, hesitant yes. But, comfort in this moment may not look like hope for future rejoicing. There is no greater good served by the deaths of children and people of color to mass gun violence. To be frank, comfort may not even be from hope for justice and change, which seems to have so many obstacles in its way.

Rather, comfort begins with knowing that the Spirit is indeed with us. That the Spirit—as a co-equal, co-eternal, as one in nature with the first and second persons of the trinity—that Spirit is God in the world with us, today. That we are not alone. 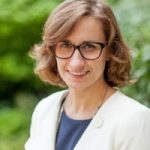