[This letter was originally posted at http://marciamountshoop.com/.]

My name is Marcia. I am 43 years old and I am a rape survivor. I am lots of other things, too: a mother, a pastor, a wife, a theologian. But most of all today, writing to all of you, I am a survivor. It’s been almost 30 years since I was raped and living with that part of who I am is an everyday challenge for me. Once I finally started telling the truth about what happened to me, a portal was opened for the stories of other survivors to move from silence to being heard in my presence—sometimes only by me, and sometimes I am just the beginning of people reaching out into the world with the harsh and liberating sound of hearing yourself say, “I was raped.” 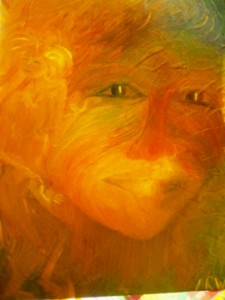 The most recent back and forth between Republicans and Democrats in the wake of Mr. Mourdock’s statements about rape and God’s will are the tipping point for me.  I don’t need to set anyone straight on their theological perspectives, I don’t need to tell you which party or which candidates I am backing because of their stance on women’s health care.  What I need to say is STOP!  Stop using rape as a political weapon, as a chess piece in this game of survivor, as a way to call out your opponent.  Stop.  Every time you open your mouth to pontificate about whether rape creates conditions acceptable for a legal abortion or about what God’s role in rape is or about women’s reproductive cycles and rape you become a perpetrator of the repeated assaults survivors endure.

Hear this difficult reality:  the expectations and norms of our justice system are an assault for those who have been raped.  Most rapists are not brought to justice because victims are often the ones put on trial.  There is often no “proof” of rape and with trauma comes things like disassociation, memory loss, confusion, shame, and retrenched fear and avoidance.  Yet rape victims are discouraged from prosecuting their perpetrators if they can’t remember the story perfectly and without contradiction.

And rape survivors live every day with their own shame and self-doubt—our systems of justice take that most vulnerable, violated space in our souls and use it against us.  Most rapes do not involve weapons, most rapes are at the hands of someone familiar, even trusted.  The masked stranger in the woods is the most rare kind of sexual assault.  Yet, society wants to hear stories of women kicking, screaming, punching, hitting, and immediately running to the nearest police officer to tell him (yes, him) exactly what happened.

Rape is a crime of secrecy and of shame.  Rape happens in familiar places often time with familiar faces.  And it takes people underground into a life-long struggle with things like depression, paranoia, self-loathing, sleep disturbances, strained relationships, and avoidance.  Rape does not often call those it afflicts out into the world for help.  It most often takes away our ability to connect and to trust.

So, when you use this thing, this thing that you do not know about, this thing that you do not carry with you deep in your cells and bones to try can score political points, you are a part of the problem, not the solution.  You are a part of the harm, not the healing.  Your political jockeying does not help me or anyone else like me.  Your political rhetoric puts me further in the underneath.  Real lives are not visible in your talk.  Abstract, passive women populate the foggy pictures you paint of what society needs to move forward, to live the American dream.

I am not naïve.  I get that you all can’t help yourselves and that using every weapon in your arsenal seems to be fair game in an election.  But can we at least all agree on one thing:  rape is a tragedy, its harm runs deep.   What would it take for you all to acknowledge that rape ushers in a new way of life for all of us, a new reality that calls on our most compassionate tendencies to kick in?  What would it take for all of you to give women a more generous space, to give all survivors of sexual violence a more generous space to speak our truth and be heard?

If you want to hear our stories, the cacophonous voices of those who actually live these truths, then you’ve got to stop speaking for us.  You do not speak for me.  You do not speak to me—not those of you who say rape is a part of God’s plan, not those of you who say “see, they don’t care about women’s health care.”  Your words cut through me.  Your words remind me how small my world becomes when the truths of those who have been there fall silent.

Marcia Mount Shoop, PhD is a freelance theologian, blogger, and author of Let the Bones Dance:  Embodiment and the Body of Christ (WJKP, 2010).  Marcia is also an ordained Presbyterian Minister and has served churches in Chicago, IL, Tampa, FL, Oakland, CA, and Chapel Hill, NC.  She received her PhD in Religious Studies from Emory University.  She is the former moderator of the Presbyterian Multicultural Network and the current Dean of the Multicultural Institute at Montreat.  She preaches, teaches, keynotes, consults, and leads retreats and workshops in church and academic settings and beyond.