It is a foolish beginning for people desiring change to believe in a so-called “existing democratic order” that is ruled by the ethics of domination. Political theology relates the politics, society and economics as a theological witness. In this investigation, I submit that to justify the economic system of capitalism in the United States one becomes complicit in the destruction of many and much, for the benefit of a few and some. The economic order and system of hierarchy existing in the U.S. have proven insufficient in meeting the needs of what Jesus determined as “the least of these”[1]among us.  Both are mechanisms that actualize the praise of mammon, a full-fledged economic system founded firmly on the enslavement of an entire race of people codified by law generation after generation.

Any people or person that resists the politics of this imprisonment risks their lives as Jesus and his mission of bringing good news to the poor. With increased surveillance technology and weaponry, the military arm of the state as exampled by the institution of local policing, enhanced by empire style policies enacted at the local level of community against the benefit of neighborhoods where the attack against common good and welfare materializes into a challenge of social survival each and every day.

Public witnesses, communal and individual have been met with the brute force of military and political resources of state abuses of power. In particular cases of the commons[2]developing cooperative power, uprisings that cry out for the right to pursue, liberty, justice, happiness and simple existence, the backlash is violent. Communities caught in cycles of poverty are treated as the fundamental problem of society by key rulers in high places, rather than the solution to the desperate circumstances. Spiritual power grows from the lessons that have been gained by living, “full of the faith that the dark past has taught us”.[3]

On February 1st2017, I sat in the sanctuary of St. Philips Episcopal Church in Harlem, NY and listened to stories told by Trayvon Martin’s beloved parents Sybrina Fulton and Tracy Martin. They talked with voices wearing nearly five years of public theology of black liberation at the consequence of their seventeen year-old son’s killing. Trayvon’s death resurfaced a long history of anti-Black racism and centuries of systemic violence enacted on Black people in the U.S.

On this February night, under the high ceilings and representative cross of Christ behind them, the parents of Trayvon Martin laid their son’s life in each attendee’s arms. Ms. Fulton spoke, “our son who was killed, is also your son”. I couldn’t help it; tears of discomfort and responsibility ran the length of my face contemplating the continuum of racial violence and theological indifference of mainline religion examined by Dr. James Cone’s Cross and the Lynching Tree. In this era the lynching tree has become the unmitigated violence of the state against its own residents.

In that moment, the story and reality of a broken body lying in my arms merged my discomfort with a physical pain located in my chest. Dr. James Cone speaking to those who choose to write Black theology says, “They buried themselves in the raw materials of the black experience in order to resurrect black visions of reality which transcend the obscene white limitations placed upon the lives of black people”[4]. Out of these raw materials and beyond the obscene limitations of white supremacy, a radical impossibility of freedom from the specter of death becomes available to those who still live in the luminous darkness.

By extension of this pain, prisoners of politics are at once singular and collective and in one sense, we are all prisoners of politics. Dr. Angela Davis makes it plain, “The offense of the political prisoner is his political boldness, his persistent challenging – legally or extra legally- of fundamental social wrongs fostered and reinforced by the state”.[5]This is the state of our world, and thusly the church that exists in it. Whether we are objectified or objectifying we are prisoners of politics that would rather assume persons as property than beings with souls. The gospel, which is social, focuses squarely on those whom Jesus represented and was a part of, the poor and the persecuted.

Coincidently, being the oft stated, “product of my environment” is more than a hip cliché used by young adults to describe the powerlessness of living under the rule of forces beyond their reach, it is the indictment of an entire generation who’s dreams and possibilities that have been reshaped by the dominance of powers and principalities. Dorothee Soelle says, “A person cannot tell you anything about God as long as he rules over you”.[6]As a function of the enslaver-slave relationship, there is no sameness in the God of those that rule and the God of people that are ruled over. Concerning the lives of Black people in particular and oppression in general, Ruby Sales explains,

“When you really want to understand black folk theology, let me give you an example. Black prayers that our ancestors forged, “I want to thank you for waking me up in the morning,” which contested the power of the slave master, acknowledging the power of someone greater, that the slave master — I don’t like the word “master” — that the enslaver was not the alpha and omega of black life.”[7]– Ruby Sales

This is spiritual power, the articulation of redefining the theology that has treated Black people and other groups so unjustly. Because our lives and accordingly our hopes are located in zip codes and neighborhoods, a few reasons emerge for the necessity of the church. Churches are locally oriented and present to the concerns of everyday life in the community. As an institution it has been an organized center of everyday life for its membership.

During the difficult aftermath of the tragedy in Ferguson, everyday life for Lezley McSpadden was experienced as an “unending chain of mothers suffering the loss of their children to violence.”[8]Prisoners of politic forcefully rejecting the same source of their struggle, white supremacy. With such a problematic force in this country, one must ask, where is spiritual power?

This power is found in articulating the pains, history and longsuffering of oppressed communities with language. Expressing our suffering offers the greatest possibility to do something or anything about its wake. The invitation into the healing of each other is in our sharing of stories preaching and teaching through the art of theological reflection and answering, “where does it hurt?” is a point of access to spiritual power. The faithful power of language in suffering is and must be as contextual as the lives it describes. Ministers, writers and artists that become aware of injustice have a duty to refine their efforts and talents to address the newly realized reality, thus inviting the circumstances on their own bodies that are experienced by the whole of their audience.

A force – unlettered, and wholly prophetic, flowed through Ms. McSpadden as its human form when she responded to a scene of police that represented a facet of the system that killed her son “You’re not God! You don’t get to decide when you get to take somebody from here!”[9]The power to define God for herself and on her terms is not much different than Jesus reorienting the religious world by responding to his critic’s question, “Where is your Father?” Jesus answered; you know neither me, nor my Father. If you knew me, you would know my Father also”. (John 8:19-20)

In Ferguson, MO during a weekend of mass actions in the fall of 2014, labeled Ferguson October, chants could be heard disrupting the status quo by shouting the name of the victim, “I am Mike Brown!” and “If we don’t get it, shut it down! We are doing this for Mike Brown!” The spiritual power was palpable and as triumphant as “He is not here; he has risen, just as he said. Come and see the place where he lay”[10].

When the burial of a child is the consequence of state abuse of power, the suffering is amplified by the injuriousness of the act that is sanctioned by courts, media outlets and popular culture. The mourning families travel the country, protesting for repeals of “stand your ground laws” and seek to impose stricter “gun laws”. One of these groups is called the Rainbow mothers; Ms. Lezley McSpadden is one amongst the growing and present number.

They are Mother’s speaking out and publicly sharing their stories. To start her journey with the group, Ms. McSpadden had to battle back the idea of others shaming her and the political powers dismissing her, “some hater might say I’m never going to be successful “cause I don’t have the education or background, or even the right connections, but I look back at my Granny’s life. She came up to St. Louis from Mississippi, and she didn’t have any connections or resources, but she made a way anyway. So, as I sat down to write to the powers that be, I was confident…”[11]Ms. McSpadden’s sense of generational pain is imbued with generational power and indeed unearned suffering is redemptive.

The massiveness of this incarceration, prisoners of politics, has been a consistent thread woven into the fabric of the U.S. tracked from the slave labor economy of early American colonies. The Slave labor based economy has now exceeded the scale and depth of its beginnings from over four hundred years ago. The Black power period of the 1960’s produced organized campaigns to combat the historically systemic abuse and Angela Davis, a prominent leader within the Black Panther Party, communicated with clarity, a proposal for all out resistance, reconciliation and unification between a diverse range of affected people.

Davis collects her hopes and resistance in an assemblage of literature written by political prisoners If They Come in the Morning, she writes, “Finally, it is our hope that this book will contribute in some way toward the crystallization of a United Front by helping to expose the bestiality of the prison system… which has already claimed dozens of lives and imprisoned thousands of people.”[12]There are currently 2.2 million people that are incarcerated and half a million more in the parole system in present day U.S. Being released from this body of death that draws even the bystander would be the height of liberation and its theological twin, spiritual power. 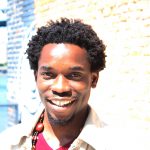 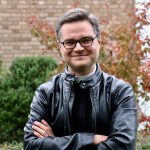 Not Light but Fire 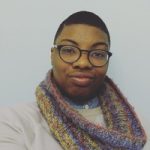 Crisis, Conversion, Critique, or, Practicing Black Study Now: Against the Natural and the New

For it is only through understanding black culture as worthy of attention that we can feel it as worthy of enjoyment.