This week, the Political Theology Network remembers and mourns the passing of Dr. Albert Raboteau (1943-2021).

In the weeks following the passing of Dr. Albert J. Raboteau, one word has reverberated throughout the many tributes and posts celebrating his storied professional life: giant. Without question, Dr. Raboteau was a giant in the fields of Africana and American Religions specifically, and Religious Studies more broadly. Born in Bay St. Louis, Mississippi in 1943 and raised in Michigan and California, his scholarship reflected an abiding commitment to rendering the religious lives of African-descended people visible in history with an eye towards contemporary justice concerns.

Dr. Raboteau published Slave Religion: The “Invisible Institution” in the Antebellum South—unequivocally his most famous book—in 1978. As the field of religious studies and the broader academic world grappled with the imperatives set forth by Black liberation theologians and Black nationalist historians, Slave Religion constituted the first full-length historical treatment of the religious strivings of enslaved southerners. The book was revolutionary not only in its content, but also its methodology. Drawing upon sources ranging from institutional church records to missionary documents, Dr. Raboteau narrated a world in which enslaved Africans and their southern descendants made calculated choices about where and how they created religious space, when and if they converted to Christianity, and the brand of Christianity they adopted upon conversion. His historical rendering not only inaugurated a new branch of historical scholarship, but more importantly, modeled a methodology in which everyday bondspeople were historical actors.

Dr. Raboteau’s subsequent publications continued to expand the range of voices and experiences reflected in scholarship about American religious life. From the 1996 collection of essays A Fire in the Bones: Reflections on African American Religious History to the 2008 co-edited volume Immigration and Religion in America: Comparative and Historical Perspectives to the 2012 memoir A Sorrowful Joy: A Spiritual Journey of an African American Man in Late Twentieth Century America, he amplified stories at the intersections of race and religion, all while challenging staid conventions regarding professional trajectories and academic voice. In a context that continues to witness the senseless deaths of Black and Brown people via state-sanctioned violence, Dr. Raboteau’s scholarly project of rendering Black, Brown, and immigrant humanity more legible is even more critical and visionary.

Yet, amid all these accomplishments, perhaps Dr. Raboteau’s greatest legacy is his students. Academic giants never truly cease to exist. Rather, they live through the intellectual lineages they create, the people they train, and the students they teach. Dr. Raboteau lived to see his students become giants—to watch his provocations and methodologies inspire new ideas and trajectories. In this way, his commitments and questions persist.

I met Dr. Raboteau for the first time during my first year of field research for my dissertation. By this time, he was already Henry W. Putnam Professor of Religion Emeritus at Princeton University. However, he was gracious enough to meet with me at the university to discuss my project. I was nervous about the encounter—I was meeting a giant, after all. Yet, I was even more nervous about his opinion of my project’s aim to redress the exclusion of gender in “slave religion.” Dr. Raboteau sat quietly during my seemingly interminable monologue about the purpose and necessity of my research. When he finally spoke, he said quite simply: “The women are important.” What followed was a two-hour discussion of sources, archives, and methodology that shaped what became my first book. I—like so many others in the field—will forever be grateful for Dr. Raboteau’s contribution to my intellectual life. And I join a chorus of voices when I say that it is a privilege to have engaged the legendary genius of an academic giant. 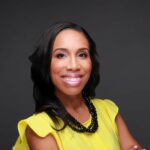 Alexis Wells-Oghoghomeh (M.Div. and Ph.D. Emory University) is an Assistant Professor in the Religious Studies department at Stanford University. A historian of African-American religion, her teaching and research examine the religiosity of enslaved people in the South, religion in the African Atlantic, and women’s religious histories. Her book The Souls of Womenfolk: The Religious Cultures of Enslaved Women in the Lower South (UNC Press, 2021) is a gendered history of enslaved people’s religiosity from the colonial period to the onset of the Civil War.  She is currently at work on a second project that traces the gendered, racialized history of phenomena termed “witchcraft” in the United States.