The Prophet Jeremiah announced a gift that refers not only to the repopulating of the land after the exile, but also speaks about the renewal of hearts, a covenantal gift rooted in God that would renew the people of God at all levels of society.

The days are surely coming, says the LORD, when I will sow the house of Israel and the house of Judah with the seed of humans and the seed of animals. And just as I have watched over them to pluck up and break down, to overthrow, destroy, and bring evil, so I will watch over them to build and to plant, says the LORD. In those days they shall no longer say: “The parents have eaten sour grapes, and the children’s teeth are set on edge.” But all shall die for their own sins; the teeth of everyone who eats sour grapes shall be set on edge. The days are surely coming, says the LORD, when I will make a new covenant with the house of Israel and the house of Judah. It will not be like the covenant that I made with their ancestors when I took them by the hand to bring them out of the land of Egypt–a covenant that they broke, though I was their husband, says the LORD. But this is the covenant that I will make with the house of Israel after those days, says the LORD: I will put my law within them, and I will write it on their hearts; and I will be their God, and they shall be my people. No longer shall they teach one another, or say to each other, “Know the LORD,” for they shall all know me, from the least of them to the greatest, says the LORD; for I will forgive their iniquity, and remember their sin no more.

The potency of gifts to transform is the reason all that is good in a culture is not calculable to a bottom line. How many enemies have been transformed into friends, nations splintered by war transformed into a thriving people, or an aimless child lifted to a ladder of success? On the other hand, some gifts transform in an unpleasant direction. Diplomatic gifts can be especially treacherous. About a decade ago, a US official presented a Russian diplomat a replica reset button marked in Russian  peregruzka, which means “overcharged,” not “reset.” They were able to laugh about it later.

More than two millennia ago, the prophet Jeremiah foretold a king’s grant that would transform a people and indeed transform many nations. What kind of a gift can make over a tribe or a country from the inside out? Jeremiah announced a gift that would be like the “seed of humans and the seed of animals” (verse 27). This refers not only to the repopulation of the land. Jeremiah goes on to explain how this gift grows from a renewed heart. There is more to it than physical fruits of new growth. This gift is implanted in the heart.

Jeremiah 31 is famous for its declaration of the New Covenant. We read hints of the New Covenant in Ezekiel and Isaiah (see Ezk 11:19-20; 26-32; 37:26 and Isa 42:6l; 54:10). In their hopeful prophecies, those prophets promise new hearts and the experience of knowing YHWH directly.  From my own Christian perspective, the whole New Testament swings upon the hinge of a new and global covenant prefigured in the promises to Abraham. The Book of Hebrews helps make these connections for us in how Christ is the one bringing it to pass (see Heb 8:8-12; 10:16-17).

The New Covenant is one of grace, but it offers a grace which is not merely vertical, God to humanity. It offers a kind of grace that is much needed on the horizontal dimension as well. Jeremiah’s prophecy has come to pass and its reach has gone out to the whole world. Because we are living under the New Covenant the consequences have—like a seed—sprouted into a plant that never ceases to bear fruit across borders and boundaries of all sorts. It is a kind of vertical grace that resets a horizontal grace among humankind, that makes the common good more common. We see this in the apostle John’s expression “goods of the world” (bios of the cosmos, 1 John 3:17).

The underlying premise of what Jeremiah  foretold is God’s way with the world, God’s way of being. Grace. Gift-giving life. Economies of grace are economies of a heavenward mind, which reflects the gift-giving life of Father, Son, and Spirit. The dispersive beauty of this way of being is transparent in the expression “from the least of them to the greatest” (verse 34). None is to be excluded from the ways of a giving people. This is the way God comes to us. It is how we should approach others.

In her book The Gift in Sixteenth-century France, Natalie Zemon Davis unveils a fascinating portrait of a society whose gears were kept running smoothly by the use of gifts at every level. There is, no doubt, the good and the bad mixed, but that does not confirm that a people should stop aiming for a giving mindset that is healthy to all concerned. Rodney Stark, taking a broader scope, shows in The Triumph of Christianity how the ethos and core principles of Christian grace dramatically shifted regions, cultures, and political structures (though these eras were not without their missteps and unfortunate misuse of what God intended for good).

The gospel is one of those fruits of the promises Jeremiah set before his people long ago.  The gospel is still with us because it issues from the heart of a Lord whose eternal and inner delights are so unlike our own, yet he shares those delights with us. The way of the gift-giving life of Father, Son, and Spirit is to bring as many others as possible into this way of being. The gospel of the King makes this good news perceptible to people in all lands across many centuries.

A secondary consequence of this good news is that the underlying premise of the New Covenant has the potency to transform villages, cities, regions, or nations. It has done so. This does not mean that we should be expected to give all our goods and services away for free. That is not the transformation an economy of grace intends. Rather, Jeremiah’s metaphors of “sour grapes” and “teeth set on edge” highlights the underlying premise that what is needed is to turn our desire from what is best for ourselves to what is best for others.

Jeremiah was speaking of the way one generation is often at odds with another generation. Parents and children do battle because each has their own ideas of what is best. The way of grace brought in by New Covenant thinking is that we look to anticipate, afford, and preserve what is best for the other. Economic and political dealing which aims for this ideal are not giving away the store. They are focused on doing business by pricing goods and services fairly according to value, even if the market requires a flux in value. In societies where the bribe is what greases the wheels of progress, those on one side of these deals will have their teeth “set on edge” and have the aftertaste of “sour grapes” (verse 29).

In the New Covenant scriptures, we see and hear Jesus carving out a new depth in the way we perceive value. By his blood purchase the cosmos has not been “reset.” The world and its people have been renewed. Like a long train it may have taken a long while for Christian graces to gain their momentum, but they have continued unabated for 2,000 years. The path of judgment prior to Messiah has been widened to a causeway of new life as the 40th chapter of Isaiah foretold.

This fact of humanity’s renewal after Christ came clear to me once again as I listened to secular historian Tom Holland explain how he finally saw this. He was having a conversation with N. T. Wright in which Holland said with awe how the world after Christ is quite different than it was before Christ. For example, the basic concept of the high value of every human being is something Holland said was not universally believed before Christ. The price of soul we now know is measured not by rank or P&Ls, but in whatever it takes to bring that soul back to shalom. The Lord of the covenant has come to remove the old ceiling on the value of soul. There is no ceiling. Like Holland, many moderns are unaware that this restored value is a gift of living in the New Covenant era.

Humanity has since its beginning built unjust political realms. We have had too many in the modern age. One is too many. Totalitarian leadership has scared the movement of mankind toward a better life. Yet, the Lord above grants us a new start every day.

Yahweh promised in the words of Jeremiah to overtake our “iniquity” and we have this promise now in hand (verse 34). The cosmos remade as Jeremiah anticipated means for us that when Yahweh promised “to build and to plant” he had in mind that we do the building and the planting. In Christ he has provided the renewal and the transcendent purpose. That renewal of value and that high purpose is enough for us to see our way forward to keep building and planting.

The covenant-making God persists in bringing us to the brink of what our lives, our churches, our nations may look like if we learn the ways of a generous people. This is the “new law” which the Almighty promises will spread justice and grace where it needs to be. Having been forgiven from above, we learn to give out beyond man-made borders and beyond prejudice. When we set aside old sins done to us – “forgive their iniquity” – and let grudges of the past remain in the past – “remember their sin no more” – we will be new Jeremiahs who turn toward what is best for others, not just for ourselves. 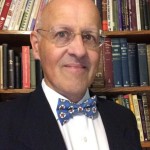 Mark Olivero, M.Div, is on the board of the Davenant Institute and is a ruling elder at Trinity Bible Church of Greer, SC.