How we conceive of diakonía sheds a potentially critical light on existing roles and institutions associated with ‘service’.

This essay will appear as the introduction for 20.8 of our journal Political Theology.

In recent times, Christian theologians have engaged in some creative dispute about the significance for ecclesiology and political theology of a key term and concept of the New Testament, namely diakonía (διακονία). This has been particularly notable on the European continent, in the United Kingdom and Australasia. At the same time, amidst ongoing transitions in the welfare state and church-state relations, these years have witnessed tensions regarding the proper form of ecclesial social action vis-à-vis the church’s missional identity. This intra-ecclesial debate has had a counterpart as the kinds of incentivisation which lead people towards public service have developed subtly self-aggrandising and instrumentalist forms. While the church has experienced pressures towards explaining itself and its activity in worldly terms in order to gain a hearing, acts of and even vocations towards public service have been subject to a process of transactional commodification which seems a corrosive on the public good.

As a core concept of the New Testament, diakonía constitutes not only a proper object of study in itself and highly instructive for conceiving of the church’s mission, but also a kind of heuristic for understanding various aspects of present-day’s society’s representation of ‘service’. Indeed, it has often been understood simply as ‘service’, the response to the needs of the poor and the suffering. In the 19th century, such an understanding increasingly assumed various kinds of institutional form. Diakonía, as a social-political movement, came to be synonymous with forms of ecclesial provision for public welfare, especially in Britain, Europe and the United States. This was hardly wholly new of course. Ever since the Reformation, different notions of diakonía have fostered differing institutions of welfare provision, and indeed arguably still undergird the legitimacy of at least some versions of the modern Western welfare state.

However, recent New Testament research on diakonía by John N. Collins and Anni Hentschel has drawn a robust distinction between diakonía and service thus understood. The sense in which diakonía is principally to be understood as a commissioned task has become increasingly accepted, whether or not that task constitutes anything akin to service, still less humble service. In the New Testament, those somehow characterised by diakonía include Christ (e.g. Mark 10:42-45), the apostles (Acts 6:1-7) and political authorities (Romans 13:4). Whether and how diakonía is to be equated with the humble service rendered by laymen and -women, some part of priestly ministry or the activity of political institutions are not trivial concerns. For how we conceive of such individual roles and institutions will shed light on the proper character of human agency which accords with their divine calling. In turn, how we conceive of diakonía sheds a potentially critical light on existing roles and institutions associated with ‘service’. Addressing these concerns effectively depends in large part on exegesis of the Scriptures but also on some level of engagement in long-standing debates on how ecclesial life should be shaped within modern societies. In this way, a study of diakonía indicates afresh a proper mode of political theology, namely its dependence on New Testament exegesis for forging the concepts through which it engages with matters of ecclesiological and political thought and practice. Just what churches are and should do as bodies amidst institutions which seek the public welfare is a contested matter. Clarifying the conceptual force and practical significance of diakonia aids in that investigation.

This approach is reflected in the content of the articles. Therese Feiler critically considers historical and conceptual analyses of continental diakonía especially in Germany. Angus Ritchie and Paul Bickley examine present-day forms of diakonía, especially in the United Kingdom. They engage creatively with (respectively) the modi operandi and values of church-based community organising, recognising and including the poorest as agents within the church not merely as recipients of help (Ritchie); and forms of church-based social action interpreted in terms of resilience, spiritual life and spiritual capital (Bickley). Alan Cribb brings a complementary mode of analysis to bear, examining how ‘service’ has been established in the United Kingdom by government in the form of National Citizen Service, and the various kinds of problems which beset such initiatives, especially in respect of preparation for social and vocational life. Joshua Hordern concludes the set by analysing how the dual referents of diakonía in the commissioning of both churches and political authorities can help with analysis of present-day transitions and changes in healthcare. He does so with attention to both Anglican and ecumenical sources and in conversation with the preceding four papers.

Again, methodologically, a key characteristic of all the contributions is a focus on the actual detail of everyday ecclesial and political life, while drawing selectively on relevant political theology or, in the case of Cribb, social and political theory. While some political theology and theory is rightly rather removed from such matters of everyday ethics, conceptual clarity may be both put to work and sharpened by engaging in the processes of reasoning which lead to the ground level of practical reasoning, deliberation and decision-making. Such is the rationale of this project.

The articles collected here are the fruits of a workshop organised by the Oxford Healthcare Values Partnership (www.healthcarevalues.ox.ac.uk) at the University of Oxford in February 2018 and funded by the Sir Halley Stewart Trust, to whom we gladly give our thanks (although, as it is necessary to note, the views expressed are those of the authors and not necessarily those of the Sir Halley Stewart Trust). The workshop investigated diakonía at the crossroads of Christian ethics, social activism, and political theology. The aim was to identify the problems and opportunities for diakonía in the coming years, particularly in the UK and continental European context. Several concerns prompted this engagement: the challenges in the provision of welfare, including economisation and marketisation, cultural pluralisation and (post-)secularisation, the emerging effects of Brexit and unprecedented levels of immigration across many European states. We hope that this special issue provides an impetus to the field of political theology to discover afresh the pervasive and vital significance of diakonía for addressing not only these concerns but others too, both now and in the future. Moreover, we hope that this discussion prompts reflection on the possibilities and limits of the concept of diakonía beyond the Christian tradition while also raising the broader question of what role idioms deeply rooted in the Christian tradition have in interdisciplinary conversations about politics. 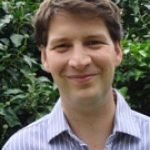 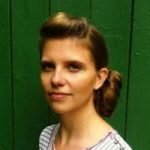 Therese Feiler is a Postdoctoral Researcher in Systematic Theology and Ethics at the Evangelisch-Theologische Fakultät, Ludwig-Maximilians-Universität München, Germany.