Indian citizens stepping up to save as many lives as they could embody what the Kingdom of God is about: collective self-care, mutual aid, without a king, while also holding earthly kings accountable for not attending to the needs of their public whether or not there is a crisis.

35On that day, when evening had come, he said to them, “Let us go across to the other side.” 36And leaving the crowd behind, they took him with them in the boat, just as he was. Other boats were with him. 37A great windstorm arose, and the waves beat into the boat, so that the boat was already being swamped. 38But he was in the stern, asleep on the cushion; and they woke him up and said to him, “Teacher, do you not care that we are perishing?” 39He woke up and rebuked the wind, and said to the sea, “Peace! Be still!” Then the wind ceased, and there was a dead calm. 40He said to them, “Why are you afraid? Have you still no faith?” 41And they were filled with great awe and said to one another, “Who then is this, that even the wind and the sea obey him?”

In my last Politics of Scripture essay, “The Limits of Earthly Sovereignties,” I reflected on Matthew 22:15-22 and Jesus’ critique of earthly sovereignties and lordships. Jesus’ attitude toward the temple and the Roman imperial government’s uses of taxation and toward those whom it negatively affects indicates that Jesus understood his ministry not only as a critique of these institutions but also as a practice of mutual service in the midst of their necessary failures. Jesus’ ministry to the marginalized demonstrates that the Kingdom of God can and does exist among us, even in the midst of the violence of human sovereignties. I read Mark 4:35-41 in continuation of this idea. In this essay, hence, I will emphasize on the politics of the Kingdom of God through the lens of collective self-care and mutual aid.

In the passages that lead up to our text, Jesus spends most of his time healing the sick, casting out demons, and teaching in esoteric parables. In the passages immediately preceding our text, Jesus’ and the disciples’ experience of the storm on the sea of Gerasenes, Jesus tells the disciples the ultimate meaning of these parables, the Kingdom of God. As our passage makes clear, however, from Jesus’ perspective, the disciples had still not quite understood the meaning of the parables, or (which is the same thing, as we will see), the meaning of the Kingdom of God.

In Mark 4:35-41, Jesus requests that he and the disciples cross the sea of Galilee. On their way, a windstorm arises which, in the disciple’s words, is bound to make them “perish” (Mark 4:38). In a fright, they wake up Jesus, who has been sleeping on “the cushion,” wondering if he cares that everyone is about to die (Mark 4:38). Jesus rebukes the storm and commands it to peace and stillness but asks them: “Why are you so afraid?” (Mark 4:40). On the one hand, this is an unreasonable question. The answer is obvious: they are afraid because they are in the middle of a storm, a storm that is likely to result in their deaths. On the other hand, the question is obviously rhetorical.

The second question puts the first in proper perspective: “Have you still no faith?” (Mark 4:40). Still. Jesus’ use of “still” links the question of faith, of the disciple’s faith, to the question of the meaning of the Kingdom of God, and to the meaning of Jesus’ practice of healing, casting out demons, and teaching in parables—his ministry. In this context, faith could mean faith in Jesus’ capacity to exercise sovereignty over death and disease. After all, throughout Mark, it is only Jesus who heals, casts out demons, and teaches. The disciples merely “follow” him. This makes Jesus’ questioning of their faith all the more apparently unjustified. They do have faith, in him, in his demonstrated capacity for sovereignty. This faith is vindicated when nature, the storm, obeys his command.

Thus, Jesus’ questioning of their faith and of fear cannot mean that they should have more faith in him. Jesus was not saying, “Why are you waking me up with so much fear”? Nor, “Why do you have so little faith in me that you think I would let you die?” Rather, I suggest, Jesus is asking the exact opposite: Why are you placing so much faith in me? Why are you so afraid to face this storm yourselves? Or, better: Why do you have so little faith in yourselves? In your own capacity to weather this storm? Can you not take care of yourselves? Have you learnt nothing from what we have been teaching all this time?

These questions can be read in light of our knowledge that some of Jesus’ disciples were fishermen who knew the sea, and who knew from their own experiences what should be done when caught up in the storm. The others who were not in this profession could have helped have these men in other capacities. As our passage says, “other boats were with him” on the sea (Mark 4:36).

Just as in my last essay, I would like to connect these texts to the current political-economic and health crisis in India. Specifically, I would like to relate the text to the Covid-19 pandemic, the government’s refusal and/or incapacity to function with justice within it, and finally the instances of a collective self-care and mutual aid in the midst of this governmental refusal and/or incapacity.

India is currently experiencing its second wave of Covid-19 pandemic, which has been deadlier than its first. The surge in Covid-19 infection started around mid-March, and by late April 2021 India was recording 400,000 daily cases. More than 200,000 deaths were reported by early May 2021. News reports have also claimed that the Indian government is possibly undercounting these deaths.

The suspicion regarding the Indian government’s undercounting Covid related deaths arises out of the collapse of India’s public health system. Public as well as private hospitals all over India ran out of their capacity and necessary resources, such as hospital beds and the oxygen supply. Millions of deaths occurred outside of these hospitals and in homes. A main reason being cited for public healthcare’s breakdown is the Indian governments’, both current and the previous ones’, lack of necessary investment in the public healthcare, the news report claims, it only spends “less than 1% of its GDP” on healthcare.

The lack of proper investment reflects why public hospitals were immediately overwhelmed with the arrival of the second wave of Covid-19. It also reflects the government’s long-standing laissez-faire approach to the public health care system, which now has turned disastrous for both the healthcare workers and citizens seeking health services amidst the pandemic.

In the midst of this abandonment the citizens of India found a variety of ways to support each other alongside raising their voices against the government. For example, many began seeking and sending help through social media in and with whatever limited capacity and resources they could to save lives. In addition, many stepped up to provide immediate help to those in need of ambulances, oxygen cylinders and other necessary and urgent medical supplies.

We can bring this situation to bear on our text.  On the one hand, Jesus’ sudden hands-off approach to the crises resembles, in general, Indian governments’ lack of interest in providing adequate funding for India’s public healthcare system. In particular, it also resembles the current Indian government’s disinterest in providing sufficient support to the healthcare system and Indian citizens in the face of the deadly second Covid-19 wave. Modi and his BJP-led government’s disinterest was demonstrated through their holding of state election campaigns in several states of India and also by their refusal to cancel Kumbh Mela, a Hindu religious festival, that attracts millions of devotees from all over India “to the banks of the Ganges River.” Both of these events soon turned out to be the “super-spreader events.”

In January this year, Modi claimed that India had conquered against Covid-19. During his speech at the World Economic Forum’s Davos Dialogue, Modi said, “India has saved humanity from a big disaster by containing corona effectively.” On April 17, amidst the ongoing second Covid-wave, Modi appeared before a crowd of thousands at an election rally, and said, “Everywhere I look, as far as I can see, there are crowds. You have done an extraordinary thing.” And it was around the same time when India was also recording millions of covid-19 cases and the public healthcare system was just on the brink of collapse due to oxygen shortages and lack of enough hospital beds for Covid-19 patients. In these many ways, the actions and speeches of Modi during Covid 19 demonstrates his and BJP-led government’s political disinterest in preparing the country to prevent more losses of lives during a global health crisis. Hence, Jesus’ response to his disciples during the storm resembles Modi’s negligence of the public health crisis in India.

However, on the other hand, Jesus’ rhetorical presentation of a laissez-faire approach to the crisis could be understood as him preparing his disciples for their future and the future of the Kingdom of God on earth without Jesus’ actual physical presence with them. Jesus eventually dies, leaving the Kingdom of God on earth in the hands of the disciples and the crowds that followed him. In light of this latter understanding, Jesus’ rebuke suggests that he expected the disciples to practice a collective self-care and mutual aid in the context of such earthly sovereignty that does not seem interested in providing care to its subjects’ well-being. This is the Kingdom of God. The book of Mark presents us with many incidents of Jesus’ healing of and fellowship with the “crowd,” the sick and vulnerable, and those considered sinners and therefore undeserving of care, alongside Jesus’ critique of the authorities.

The collective self-care and mutual aid, therefore, becomes a relevant political practice especially for socially marginalized communities for their survival and even well-being in the midst of the crisis. Human societies have always lived by this method. Jesus and his followers’ acts of collective self-care and mutual service is just one example of it. A theo-political lesson for us Christians is to understand what Jesus meant by God’s kingdom through his teachings and his services that he carried out in association with his followers and disciples. If God’s reign is about how to support life indiscriminately, then our acts of mutual service and collective self-care is as theological as it is political.

Indian citizens stepping up to save as many lives as they could embody what the Kingdom of God is about: collective self-care, mutual aid, without a king, while also holding earthly kings accountable for not attending to the needs of their public whether or not there is a crisis. The millions of strangers helping each other out to prevent more losses of lives are indeed the neighbors whom Jesus describes as the good Samaritan practicing an unselfish service of compassion and care (Luke 10:25-42).

These individuals and groups of people may share different faiths, but they nevertheless exhibit the meaning of Jesus’ teachings and actions with regard to the Kingdom of God. These good Samaritans have sent a timely reminder to us Christians of the effective ways of being in and for the Kingdom of God. The Kingdom of God as administered by Jesus and his disciples, within and for “the crowd,” is a practice of collective self-care and mutual aid. This practice is not the sole property of the Christian community. Rather, it is a general collective necessity, especially in the midst of storms both “natural” and “political.” 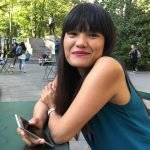 Poonam Rai is an Indian-Nepali PhD student in the field of Systematic Theology at Union Theological Seminary.