An occasional characterization of the Book of Haggai is that it is self-interestedly supportive of the ascendant Persian Empire. I elaborate on this description and then problematize it by demonstrating that this pericope reveals the prophet to be subversively mimicking the Achaemenid imperial metanarrative.

Not only is Haggai one of the most marginalized texts in the entire biblical corpus⁠, but the prophet’s oracles have been spurned by scholars and theologians alike. In Richard Coggins’ overview of the text’s historical and present reception (and disuse), he details a hostility towards Haggai, which many readers frame as an aberration among prophetic literature. While Jeremiah and Amos spoke supporting the economically disadvantaged and rebuking the unjust powers, Haggai (approximately 520 BCE) fixates solely on rebuilding the destroyed Temple in Jerusalem⁠—showing no similar care for the material realities of the post-exilic Yehudite community.

More damning is a characterization of Haggai as an exponent for the ascendant Achaemenids (550–330 BCE), utilizing his prophetic office and authority to promote the interests of these new imperial masters. David Clines contends that the text “owed its origin to its suppression of a social conflict in ancient Israel” between the imperially imbricated leadership class (the titular prophet included) and the subjugated masses.⁠ It is this latter depiction that I wish to explicate and then problematize. I believe that, while much of Haggai within this brief lectionary pericope testifies to rhetoric seemingly supportive of Persia’s grand strategy of expansion and control, employing postcolonial theory helps reveal that Haggai is a theological saboteur⁠— one actively, and covertly, subverting the colonial power structure while residing in its graces (compare verses 1–2, speaking to Persian appointed governor Zerubbabel and high priest Joshua). After repeated, divinely sourced exhortations to finish the construction of the Second Temple in Jerusalem, Haggai unleashes an oracle employing mimicry: a method of (potential) resistance Homi K. Bhaba describes as an appropriated colonial meaning, which is “almost the same, but not quite.”  This oracle therefore mimics the colonizing metanarrative of the Persian regime through a “not quite” eschatological vision⁠—one that points towards the empire’s downfall and elaborates a future state in which the depressed peoples of Israel will live amidst untold material and spiritual abundance.

Haggai begins his oracle addressing, first the leaders of Yehud, but more importantly “the remnant of the people” (verse 2), imploring them to continue the construction of the Temple. This economically-depressed group expresses deep reservations about this rebuilding project in chapter 1, as the region was experiencing a terrible drought and poor agricultural yields (1:5–6). Now, in chapter 2, the people are despondent over the modesty of the Temple mid-rebuild⁠—it lacks the splendorous, awe-inspiring character of Solomon’s sanctuary (verse 3). Even if many of those alive had not seen it, there was still a contingent of elderly Israelites who knew of the former Temple’s glory (compare Ezra 3:12). Implicit in Haggai’s presentation of their complaints: why are we stretching our presently depleted resources for a feeble imitation? While Haggai implicitly agrees that the new Temple pales in physical comparison to its Solomonic predecessor (verses 3 and 9), it is nevertheless an irrelevant concern: the structure must be completed. YHWH, speaking through Haggai, commands the leaders and people of Yehud to be courageous in the face of uncertainty and work (‘āśâ, alternatively and more likely, build), finish the temple, put aside all doubts and concerns and complete the edifice immediately (verse 4).

Reading Haggai leads one to think that the only reason for the Temple is just for there to simply be one.  Interestingly, Haggai does remark upon the Temple’s cultic or sacrificial purposes. In this lectionary passage, to quote Robert Carroll, the prophet conceptualizes the structure as “nothing but a treasure-house. It is a place where precious objects can be stored and displayed.” Yet, historical context reveals how beneficial temples in general, and the Jerusalem Temple in particular, served the interests of the Persian empire and the Persian-appointed religious-political authorities. As historians have noted, temple building, along with establishing schools and returning sacred holy items—especially of groups whose sanctuaries the Assyrian and neo-Babylonian empires⁠ annihilated—was a policy that advanced Persians’ interests twofold. First, it endeared the empire to its new subjects. Its active support, physical and financial, in funding and constructing (compare Ezra 6:3–4) temples and simultaneous forbearance of various peoples’ religious customs (as long as it did not inspire active rebellion) fostered deep loyalty across the empire (especially in key border regions like Palestine). In Egypt, such religious propaganda was so successful that Darius was considered equal to the gods and pharaohs!

More importantly, temples were vital to Achaemenid economic and military ambitions. The policy would create a loyal coterie of priests (who were also appointed by the empire), and they would assist the regime in accumulating taxes and tribute in their jurisdictions⁠—wealth which was made easy to extract and store due to the Persian innovation of standardized currency⁠—thus utilizing the temples qua administrative centers. These temples would provide food and necessities as well. Persian governors and superiors received all the provisions and tribute, then dispersed them among the imperial elites. The wealth would, crucially, pay for the empire’s extensive infrastructure, massive armed forces, and campaigns of territorial expansion. Temples thus kept Persia prosperous and funded its exploits, be it the military or not, of domination and colonizing control.

It thus appears as if Haggai’s insistence on the Temple is not for a clear theological or aesthetic purpose⁠, but utilizing his prophetic office and religious authority to advance the hegemonic objectives of the Achaemenids. This is all, I argue, a cover which sets up Haggai to compose this latter portion of the text which mimics and subvert Persia’s claims and actions attempting  to secure global supremacy. Mimicry, to Leela Gandhi, is  “the sly weapon of anti-colonial civility…The native subject often appears to observe the political and semantic imperatives of colonial discourse” but, in fact, deconstructs it through discursive mimicking and establishing “new sites of power” in the process. Thus, what reads like an endorsement of Persia’s temple project is a covert means of destablization: simultaneously setting up the Temple (verses 1–5) and tearing down the whole ideological edifice of the empire that wishes the structure built (verses 6–9). The Temple is to be what the Persians want⁠— a tax-collecting house and political center⁠— but it will serve a far different end.

In response to the claims that the Temple does not hold up compared to Solomon’s version, Haggai states that YHWH will bring glory to the Temple after its completion. YHWH will usher in an age of cataclysm and upheaval, which will “shake the heavens and the earth and the sea and the dry land” (verse 6), the four elements which make up the earth and cosmos. These tremors are, importantly, directed at all “the nations,” and shaking them will result in the accumulation of their treasures and wealth (verse 7). Thus, YHWH will fill the rebuilt Temple with the mass of collected riches⁠—gold and silver, which YHWH claims to already possess. After this cosmic convulsion, with a Temple filled to the brim with splendid appurtenances, there will be a new epoch of prosperity (verses 8–9, compare verse 19). A finished Temple thus correlates with divine glorification, the Temple as the new center of the world (and thus political primacy of Jerusalem⁠), and everlasting shalom⁠⁠—a peace free from scarcity and violence (verse 9, compare verse 22).

This eschatological depiction mimics and powerfully subverts the Persian metanarrative and the Empire’s expansionist designs. The latter upholds the divine chosenness of the Great King (their official title), who conquers the whole world with his mighty military, ransacking its riches and building Temples to store new wealth and boost regional economies. In Haggai, it is Persia’s collected wealth will be turned over to Jerusalem⁠ rather than the other way around, and it’s Great King will have to accept the sovereignty of YHWH rather than the Zoroastrian deity Ahura Mazda. In Israel and Empire, the authors write that “kingship was the greatest source of power in ancient Persia,” and in Haggai, the text affirms the kingship of YHWH over and against the emperor. Both kingships are accompanied with military roles. Persia art and poetry portrayed the Great King as a mighty general, leading impossibly large armed forces towards their inevitable victory over any foe. In Haggai, YHWH is referred to as “YHWH of Hosts,” indicating the leadership of the heavenly army employed to fight both celestial and earthly battles. No matter how numerous and well-armed Persia, or any nation, is in battle against YHWH, there will only be one obvious victor. Indeed, the beginning of this oracle is a superscription dating Darius’ reign, and it ends with his soon-to-be future removal (verse 6, “in a little while”)!

While Yehud was a key geopolitical sector in the Persian empire, it was an economically backward, depressed locality full of subjects who had just returned from a multi-decade stint in Babylonian exile. The subjects of Yehud are a marginal people, constructing a marginal sanctuary for a deity who is one of countless the Persians utilize in their imperial propaganda (compare Ezra 1:1–2). Haggai tells the weak and weary people⁠—one familiar with the downfall of recent rebellions against the Persian masters⁠—that once they finish this Temple, YHWH will obliterate their hardship and give them the promised restoration⁠. This colonized, emaciated mass will be the new rulers of the world, sharing in the bounty of their foregone oppressors. The gold and silver within the rebuilt Temple are not a priestly hoarding of precious metals but a righteous taxation! YHWH⁠ is reclaiming the subaltern’s stolen goods from pillaging empires and putting all of it exactly where the Persians would want it.

Thus, we see a thoroughly imperial vision: YHWH the emperor asserting a new global political order with the Jerusalem Temple as its metropolitan locus⁠. This Temple will be more magnificent than any palace or castle: filled with the gold and silver of disposed enemy nations. YHWH claims ownership of these materials through, not only a divine right to resources common in the Hebrew Bible, but the classic imperial justification: to victors goes the spoils. This new system will be the end of history, bringing peace and prosperity to all through the riches of the Temple.

Those who claim Haggai to be a prophetic apologist for the Persian Empire miss this radically anti-colonial message. Haggai is prophesizing doom on the nations and the coming of YHWH’s global rule⁠—all as he stands shoulder to shoulder with Persian-appointed rulers. Yet, while our prophet may be against the colonizing mechanisms of Persia, he does not appear to be against empire per se. His eschatological hope is still conceptualized as an imperial system⁠—with hierarchy, wars of conquest, and ornate buildings whose purpose is glorification of the sovereign (verses 7–8). Is Haggai’s mimicry too close to its imperial reference that it cannot escape that political modality? And, more pertinently to those in the present: as we struggle against forces of domination and coercive control⁠—be they colonial, neo-colonial, or whatever⁠—does our resistance show signs of conscious or unconscious adaptation of the attitudes, behaviors, and beliefs imbued in the structures of power? We should all ponder whether our future hopes of peace and justice, like Haggai, will be radically discontinuous or eerily similar with forms of political organization that are limited in their inclusively and claims to peace. 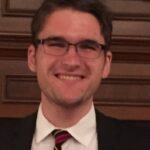 Jackson Reinhardt is an independent scholar, freelance writer, and podcaster. He is a graduate of University of Southern California and Vanderbilt Divinity School.