Invoking “natural law” in debates over human rights does not necessarily lead to privileging religious rights over others, denying people’s rights to express their sexual or gender identity, or refusing to acknowledge economic and social rights.

On July 8, Secretary of State Mike Pompeo announced the creation of a “Commission on Unalienable Rights.” The commission is tasked, says Pompeo, with advising the U.S. Department of State on “human rights grounded in our nation’s founding principles and the principles of the 1948 Universal Declaration of Human Rights.”

Many have suggested that it might be a bit hypocritical for a Department of State to set up a commission on “unalienable rights,” when that department serves under a president and administration which has consistently violated the human rights of asylum seekers (including the quite basic right to life, as well as rights to religious expression that the administration purportedly deeply cares about); praised leaders and countries that suppress speech and torture and kill dissidents; and trumpeted ideas of “national sovereignty” that seem to fly in the face of universal principles that would support human rights claims.

Nevertheless, as a scholar of religion and human rights, I am interested in what role the idea of “natural law” plays here, and how it relates to human rights. Most broadly, my point is that the idea of “rethinking” human rights in relation to natural law is much more complicated than most statements or articles about this commission will recognize.

More specifically, basing a conception of human rights in “natural law” ignores the broader metaphysical discussion of the “foundation” of human rights. Furthermore, invoking “natural law” does not necessarily lead to privileging religious rights over others, denying people’s rights to express their sexual or gender identity, or refusing to acknowledge economic and social rights. At least not as obviously as either the commission’s champions or its critics may think.

“Natural law” is not necessarily an overtly religious concept (for instance, in the work of Thomas Hobbes and even Hugo Grotius). And for many people, human rights are not based in a concept of natural law at all. It is absolutely true that theorizing about natural law has played a strong, even crucial, role in the development of the idea of human rights. For instance, Jacques Maritain, philosopher of natural law, had enormous influence on the writing of the Universal Declaration of Human Rights in 1948.

It is possible to ground human rights in other ways [than natural law].

But as Charles Beitz has ably pointed out, it is possible to ground human rights in other ways: for instance, in moral agreement among diverse religious and cultural traditions, or in a more positivistic political sense, where the idea of human rights has no single philosophical grounding but is a widely accepted political development that has proven to be useful in advancing the well-being of humankind.

In fact, not even all Christian thinkers or communities understand human rights in terms of natural law. While some Protestant traditions do make claims about natural law, Protestant thought is generally much more skeptical than Catholic thought in this area. Protestant thought has emphasized God’s revelation as either the only, or the primary, source of moral knowledge. For those who think that human moral understanding depends on revelation, rather than the use of “natural” human reason, human rights have to be founded in something other than natural law.

For instance, Nicholas Wolterstorff, one of the best-known contemporary Protestant theorists of human rights, argues that human beings have rights because God loves human beings and chooses to be in relationship with us. For Wolterstorff, there is no “natural” characteristic of human beings that bestows us with worth; we are worthy, and have rights, by God’s (supernatural) choice.

But let us stipulate that, despite not representing all ways of understanding human rights, natural law concepts are an indispensable part of scholarly and political conversations about rights. (I do in fact believe that this is true.) Given its importance in Christian moral thought, and the probable origins of the commission in a particular type of conservative Christianity, Christian conceptions of natural law and natural rights matter for the contemporary political construction of human rights. In that case, it’s useful to consider what sorts of themes and ideas arise out of such conversations.

“Natural law” is an incredibly complex term. The scholars on the newly-created commission undoubtedly know this: as Mark Bromley notes, whatever else it is, the commission is a “deeply intellectual” undertaking. In the Western tradition, the notion of some sort of “law of nature” goes back at least to Aristotle and the Stoics, travels through Roman thought, and is picked up in the Western Christian tradition, with Thomas Aquinas its undisputed master theorist.

For Aquinas, natural law is a rational creature’s participation in the eternal law by which God governs the universe. It is first and foremost a capacity: the reasoned capacity to know that good is to be done and evil is to be avoided. Since the eternal law is unified and everlasting, and since human beings are rational creatures, natural law is understood to apply to all human beings everywhere and always. It is, in principle, accessible to the reasoned understanding of all.

Natural law does not provide a single set of rules for everyone to follow.

What natural law does not do, for Aquinas or other natural-law theorists, is provide a list of immutable rules for everyone to follow, everywhere and always.

Many natural law theorists certainly argue that some clear rules can be worked out; Aquinas, for instance, argues that killing an innocent person can never be lawful.

Nevertheless, as Jean Porter has pointed out, Aquinas and his contemporaries understood there to be natural values, which “may legitimately be expressed through very diverse systems of social norms and institutional practices.” Even if human rights are understood to be connected to natural law, it will not be immediately obvious which rights are “real” human rights and which are, as some say, add-ons that “dilute” the concept of human rights.

In particular, it has been common for American figures, especially conservatives, to argue that so-called “negative” civil and political rights like freedom of speech and assembly are “natural” rights because they require our simply being left alone. On the other hand (the argument goes), so-called “positive” rights, such as the right to adequate food or an education, are not “natural” because they require a government or other body to take positive action.

However, the Roman Catholic moral tradition, with its emphasis on natural law, does not make this distinction. The U.S. Conference of Catholic Bishops, for instance, has argued that all persons must be guaranteed participation in the economic life of their communities, due to the “social nature” and “communitarian vocation” of human beings. Scholars have also pointed out that it is not really possible to make such a firm distinction between “types” of rights.

Finally, the primary hope (for many conservatives) and fear (for many progressives) is that the commission seems likely to lean toward promoting a right to freedom of religious expression – defined in conservative American terms, of course – over the right to express one’s gender and sexual identity. This is probably true, given that the majority of the commission’s members are conservative American scholars who have denied that LGBTQ+ individuals ought to have the right to marry, use services without discrimination, and so on.

But again, it is not possible simply to appeal to “natural law” for a ready-made conclusion about how religious and anti-discrimination norms should interact with each other or how people who identify as LGBTQ+ should be treated. The Roman Catholic Church hierarchy, and many Catholic scholars, argue that sexual expression is immoral outside of a heterosexual marriage that is open to procreation. On the other hand, some Catholic and other Christian thinkers, including in this publication, argue that gay marriage does indeed fit with a natural law conception of the purposes of marriage. Others may point to the pervasiveness of same-sex sexual activity among non-human species to argue that, descriptively at least, same-sex activity seems extremely “natural.”

All this is to say, appealing to “natural law” does not point us in a single, clear direction for how human rights are understood and promoted. The recently-appointed commission may have its particular leanings, but the question of how to promote human dignity and well-being will not be fully answered by any simplistic appeal to “natural law.”

Even a “deeply intellectual” commission – which, as stated, this commission certainly is – will not easily represent all facets of the ongoing dialogue on this topic. I hope, and believe, that the commission will go beyond the simplistic ideas about positive and negative rights that have been unfortunately common in much of the American debate.

The questions that come after that are 1) how will the commission tie human rights to natural values “expressed through very diverse systems of social norms and institutional practices”; 2) whether the complexities of “natural” human sexual expression will be part of the conversation; and, 3) whether the rights to life, liberty, and religious expression of individuals other than American religious conservatives – say, for instance, the right of an asylum seeker not to die of preventable illness in a detention center without access to a religious text or chaplain – will be honored. 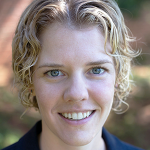 Dr. Laura Alexander is Assistant Professor of Religious Studies, with a specialty in Religion and Human Rights. She is the first recipient of the Goldstein Family Community Chair in Human Rights at the University of Nebraska at Omaha. Dr. Alexander is co-editor of The Meaning of My Neighbor’s Faith: Interreligious Reflections on Immigration (Lexington, 2018) and contributed chapters to both that volume and Strangers in this World: Multi-Religious Reflections on Immigration (Fortress Press, 2015).