Viewed in the light of liberal commitments, Calvin’s chief error appears to be his presumption that the civil magistrate has not only the right, but the duty, to use his coercive office to enforce “piety.” As Calvin argues, the political ruler must recognize his duty “to cherish and protect the outward worship of God, to defend sound doctrine of piety and the position of the church” and to “form our social behavior to civil righteousness,” thus promoting social peace (Institutes 4.20.2). To liberals, of course, this appears dangerously intrusive.

Viewed in the light of liberal commitments, Calvin’s chief error appears to be his presumption that the civil magistrate has not only the right, but the duty, to use his coercive office to enforce “piety.” As Calvin argues, the political ruler must recognize his duty “to cherish and protect the outward worship of God, to defend sound doctrine of piety and the position of the church” and to “form our social behavior to civil righteousness,” thus promoting social peace (Institutes 4.20.2). To liberals, of course, this appears dangerously intrusive. Witte is emphatically on the side of the liberals on this point (see pages 65-70 of Reformation of Rights). Better to lift up the less draconian aspects of Calvin, such as his divided jurisdictions of civil rule on one hand and ecclesial piety on the other.

But this liberal recovery of Calvin faces some challenges. The first problem arises with use of the term “piety.” Witte understandably associates the concept with observance of the First Table of the Decalogue. Piety is worship and reverence of God. But this narrow definition of piety is strikingly modern, and perhaps falls too neatly into the American liberal tradition’s debates over what qualifies as a constitutionally-protected “free exercise” of religion. For Calvin, piety is not simply a religious expression or sentiment that is isolated from the demands of justice or neighborly care. Rather, there is a broader theological, even hierarchical, framework that he has in mind.

For contemporary English speakers, piety connotes a certain kind of inwardness, sentiment, and/or religious fervor. Yet the term, which derives from the Latin pietas, had a different signification for ancients, medievals, and early moderns. For example, Dante’s teacher, Brunetto Latini, defined piety as “a virtue which causes us devotedly to love and serve God and our parents and our friends and our country.” Likewise, Calvin’s fellow humanist, Erasmus of Rotterdam, described piety as both the service and reverence rightly owed to God as well as the “reverent love and honor which the inferiors have toward their superiors.”

Calvin’s own use of the term is closely related to notions of authority and hierarchical order. Piety is a moral disposition in which the individual, conscious of her own reliance on others, comes to understand the source of her material blessings and of life itself. This consciousness then prompts her to offer due reverence to the source of her existence. For Calvin, of course, the ultimate source of existence is God. The divine-human relationship therefore provides the archetype for pious authority. The essence of piety is therefore the “union of reverence and love to God which the knowledge of his benefits inspires” (Institutes 1.2.1). It is the grateful response to an antecedent moral order, the recognition of the innumerable goods offered via friendship with, and reliance upon, God.

What then do we make of Calvin’s claim that civil magistrates have the right, not only to act as defenders of piety, but to prosecute heretics?

Significantly, Calvin applies his definition of piety not only to God’s governance of humanity, but human authorities as well. While divine rule is paradigmatic, Calvin believes that Christians owe reverence, and even piety (reverentiae atque adeo pietatis affectum), to human governors (Institutes 4.20.29). An individual with a pious disposition ought to recognize the political authorities as divine gifts, and so respond with obedience. To disobey or rebel against a true authority is to commit impiety, which itself fosters political chaos. For Calvin, this fear was reinforced by examples such as the Münster Rebellion of 1534, in which Anabaptists overthrew the civil magistrates and attempted to institute a new millenarian community. In Calvin’s view, this is precisely what heresy does – it disrupts the right order of the world; it overthrows the constituted authorities and invites divine judgment. In fact, it is on these grounds that Calvin justified his prosecution of Servetus, whom he considered worse than an Anabaptist. The Genevan public prosecutor was apparently of the same mind, accusing Servetus of libertinism, “of subverting the social order, of a dissolute life.”

To modern liberals, of course, these statements sound incredible. We do not have the underlying commitments that would give us reasons to endorse Calvin’s attitudes toward heretics.

The point of drawing all this out is not to evaluate the content of Calvin’s particular sixteenth-century assumptions about heresy and social order. Rather, I suggested more narrowly that the Calvin’s support for the criminal prosecution of heretics make his underlying commitments explicit. He believed that there was a moral and hierarchical order to the world. He believed that the civil magistrates, even wicked and corrupt ones, were required by God to preserve this moral order. He further believed that the incursions of heresy in the public sphere would lead to social chaos. Libertinism was no small charge in Calvin’s context.

This raises important questions about Witte’s description of Calvin’s “two tracks of morality,” by which he hopes to show that, at least in terms of civil affairs, Calvin is able to get us closer to a modern theory of individual rights.

Here it’s important to note that any contemporary attempt to track the “development of rights talk” will have to reckon with the fact that for Calvin concepts of rights and duties arise from a preceding moral order. So, for instance, the political subject has a duty to render obedience to a magistrate’s just command because piety (as defined earlier) demands it. Conversely, the magistrate ought to “exhibit a kind of image of the Divine Providence, guardianship, goodness, benevolence, and justice” toward his subjects because he, in turn, owes piety toward God. To put it differently, the conception of a pious moral order gives rise to specific rights. By contrast, many contemporary attempts to appropriate Calvin for liberalism assume exactly the opposite – namely, that abstract individual rights are prior to a conception of the common good.

This is not the occasion to evaluate these competing normative political visions. It’s also not my intention to foreclose any reconstructive project which attempts to trace the development of certain shared concepts. Far from it. These projects can be immensely valuable. At the same time, these undertakings require that we first take our interlocutors (living or dead) on their own terms, paying attention to the implicit and explicit commitments that give them reasons to endorse certain beliefs or practices. Liberals can reject Calvin’s criminalization of heresy while recognizing that he believed he was acting for the common good. On our own terms, we could argue that Calvin misrecognized the nature of the goods shared in common. For example, he could not see that many pluralistic societies are able to thrive and achieve some level of mutual respect and “piety” even without the legal imposition of religious orthodoxy.

On these terms, the question of whether or not Calvin was a liberal becomes rather less significant. At the very least, approaching the issue in this way may help us to avoid our former befuddlement over the “inconsistencies” in Calvin’s “liberal” theory and “illiberal” practice. Instead, we can ask: What were his underlying commitments and intentions in writing and acting as he did? Perhaps there are real inconsistencies between Calvin’s normative political theory and his actual political practice. But if we’re going to recognize those critical moments in which real disagreements are made clear and explicit, we first need to understand our interlocutor’s context for belief and practice. We need come to terms with both similarities and dissimilarities between our conceptual worlds. In doing so, it may be possible for Calvin and modern day liberals to have a productive, two-way conversation in which each takes the other’s commitments seriously on his or her own terms. 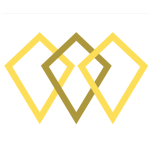 Doctoral student in the Department of Religion at Princeton University