While “literature” is the agreed-upon shorthand for what scholars like myself study, I confess I am much more comfortable with the term “imaginative writing” in the context of this series. No matter how much we are aware of the historical, cultural, and theoretical contingency of what gets to be called “literature,” I find that the very use of the term tends to embed some kinds of class and cultural distinctions that can be counterproductive. Is literature restricted to fiction, and perhaps poetry or drama? Is it contemporary or historical? My own resistance to defining literature also emerges from my vocational training as a practitioner of literature, that is, in the art and practice of creative writing – in my case, creative nonfiction writing, the literature of fact.

To me the formulation “imaginative writing” is helpfully less invested in the generic characteristics or perceived quality of the object of study than the term “literature” is. The gerund “writing” is both a noun and a verb, implicitly acknowledging the always in-process nature of putting words out into the world. To make writing “imaginative” is to gesture towards the generative habits of thought that go into that process – habits that persist whether the outcome of the writing is fictional, poetic, or journalistic. Indeed, even the scholarly analysis we are performing here counts as “imaginative writing.” I try to keep in mind Oscar Wilde’s formulation of the “critic as artist”: for scholars of “literature,” the object of study takes the same guise as the study itself, a humbling state of affairs.

As a critic, my own orientation has always been performative; I try to train my attention toward what any given text “does” to and through the reader.  I find myself responding particularly strongly to symposia that perceive a wider public context for their choice of literary work, especially if the symposia are designed to speak against those assumptions. Is the story under discussion highly anthologized, and thus especially accessible to critique? Can we work against commonly held misapprehensions or associations with a literary author? Most especially in the context of political theology: how does the imaginative work in question resonate (or dissonate) with contemporary political concerns?

I begin seeking the politics of any given text begin in this relationship among writer, text, and reader. These are relationships of power, and they always have theological implications. Who is this work being written for, what kind of critical stance does it take toward that imagined reader—challenging, comforting, prophetic, regressive? For me there is always something slightly transgressive about reading imaginative writing theologically. In her 1977 jeremiad, The Feminization of American Culture, critic Ann Douglas bemoaned the 19th century “subordination of theology to literature” (85). What can we do to demonstrate that these terms are hardly contradictory but in fact closely aligned? 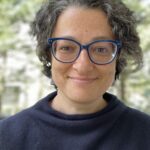 Brook Wilensky-Lanford earned her PhD in Religion in the Americas from the University of North Carolina at Chapel Hill, and her M.F.A. in Nonfiction Writing from Columbia University. The author of Paradise Lust: Searching for the Garden of Eden (Grove Press, 2011) and a former editor-in-chief of Killing the Buddha, her writing has appeared in The New Republic, The Guardian, The Boston Globe, and The New York Times Book Review. She is Program Coordinator for Sacred Writes Public Scholarship on Religion, a Luce Foundation-funded initiative hosted by Northeastern University, and lives in Chapel Hill, North Carolina. 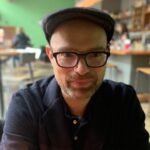 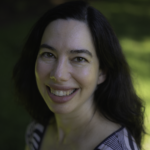