For all our show of humility, Christians have capitalized on the doctrine of election, distorting it to create a very real power differential between ourselves and the world beyond Christianity, at home and abroad. In an ironic twist, we have become the builders who are rejecting precious stones.

O give thanks to the LORD, for he is good; his steadfast love endures forever!

The lectionary psalm this week is upbeat and celebratory—fitting for an Easter song. It is chock full of famous one-liners: “God’s steadfast love endures forever!” (verses 1, 2, 3, 4, 29); “The LORD is my strength and my might; he has become my salvation” (verses 14, 21); “The stone that the builders rejected has become the chief cornerstone” (verse 22); “This is the day that the LORD has made; let us rejoice and be glad in it” (verse 24); “Save us! (Hosanna!) . . . Blessed is the one who comes in the name of the LORD” (verses 25–26). But behind the familiarity of these bits and pieces is an ancient liturgical context that is infused with political pomp. When we are attuned to the political subtext, the psalm provokes a fresh reflection on the meaning of our Easter celebrations.

Psalm 118 uses a great deal of formulaic language and seems to have several speaking voices, suggesting that it was a liturgical psalm. The alternating voices would have been performed by various participants as they made their way, in liturgical procession, through the gates of the Jerusalem temple (verse 19) and up to the altar of sacrifice (verse 27).

The likely setting for this song is military: it appears to be a liturgy to give thanks for divine aid in battle. The bulk of the psalm (verses 5–18) is sung in the voice of the king, giving a poetic play-by-play of the fight. He was hemmed in, surrounded, about to fall—but then the king invoked “the name of the LORD” (verses 10, 11, 12) and cut off the enemy! Verse 14 is especially noteworthy for the way that it directly quotes Exodus 15:2, a line from Israel’s victory chorus when God defeated the Egyptians at the crossing of the Reed Sea. The Exodus refrain, “God has become my salvation,” pops up three times in this psalm (verses 14, 21, 28)—drawing a straight theological line from that prototypical divine victory to this more recent victory in battle.

The liturgical procession reaches the gates of the temple at verse 19, where the king shouts to the gatekeepers, “Open up!” The priestly guards respond with a request for a kind of password: “This is the gate of the LORD; (only) the righteous (or “victorious,” Hebrew, tsadiqim) shall enter through it” (verse 20). (Some of you with a taste for irreverent British humor may find this moment reminiscent of the bridge-keeper scene in “Monty Python and The Holy Grail.”)

This is where the psalm makes an interesting political/theological move. The king does not reply: “I am indeed righteous/victorious! I have prevailed; let me in!” Instead, he responds to the gatekeepers’ challenge with a prayer—a prayer of humility. Turning to address God directly, the king confesses, “I thank you that you have answered me and have become my salvation” (verse 21). Baked into this liturgy (not only here, but also in the battle report of verses 5–18) is the king’s utter dependence on God for success, power, even survival itself. This humility demonstrates the character of the king’s “righteousness”—and it is the appropriate password. The gatekeepers pronounce their blessing on the king who comes not in his own name but “who comes in the name of the LORD” (verse 26), and the festal procession continues, palm branches waving, on into the holy space for a sacrificial offering of thanksgiving on behalf of the victorious king.

I call this a “political/theological move” because the king’s self-humbling, God-elevating response actually serves to reinforce the monarch’s status by identifying him as the favored recipient of God’s special intervention; it is a performance of humility that communicates a theology of election. I don’t mean to belittle the humility—we may read it as entirely genuine—but we should also recognize its strategic, political benefit to the king’s position of authority as God’s anointed. Those who would oppose the king are no longer mere political rivals, they are now apostates.

This alliance of king and God is the subtext of the whole psalm: “The LORD is for me” (yhwh li, verses 6, 7). It puts a political spin on the psalm’s framing keyword, ḥesed (verses 1, 2, 3, 4, 29). The NRSV translates it “steadfast love” but the term is often used to denote acts of loyalty within a political alliance (for a prose example, cf. 2 Sam 2:5–6). Psalm 118, then, is framed as a liturgical reinforcement of the king’s status as the chief conduit of God’s loyalty to the nation.

With this in view, let us return to the gatekeepers’ enigmatic response to the king’s password prayer of humility. They riddle, “The stone that the builders rejected has become the chief cornerstone” (verse 22). The Hebrew term for cornerstone here, rosh pinnah “head of the corner,” probably refers to the foundation stone of a house or temple, which was chosen carefully and placed with precision, for the building’s stability depends on the reliability of this first stone. If a potential cornerstone was rejected by the builders, it was because it did not appear to be of sufficient strength or quality to support and guide the rest of the construction.

The meaning of the gatekeepers’ riddle is multivalent. On the surface, it is a comment on the king’s display of humility—they are impressed! The military leader who at first seemed like a rejected stone, “outgunned, outmanned, outnumbered, outplanned” (to steal a line from the musical, “Hamilton”), was the surprising victor because of God’s help. But from a wider angle, the gatekeepers’ cornerstone is Israel itself, unimpressive on the world’s stage, overlooked by the “builders” of great empires, but surprisingly, elected by God to be the foundation for a holy project in the world. In the psalm, the king becomes a symbol of the whole people, whose surprising significance erupts into a celebration of the durability of God’s ḥesed to them all.

The New Testament confers this “cornerstone” moniker upon Jesus (Mark 12:10–11; Acts 4:10–11; Ephesians 2:20; passim), rejected by the religious and political influencers of his day, but raised up by God as the foundation for a new and international movement of God worshippers. As a Christian reader, I find my interpretation of these New Testament allusions enriched by putting them in conversation with the metaphor’s political setting in Psalm 118.

On Easter, Christians celebrate a surprising reversal of fortunes in the resurrection of our cornerstone, Jesus Christ. And in much the same way that Psalm 118 extends the victory of the king out to the whole nation, Christians interpret Jesus’ resurrection to be indicative of God’s favor on all of us; Jesus’ resurrection is our resurrection, too (e.g., Colossians 2:12–13; 3:1–4). If we are humble as Jesus was humble, then God will elevate us as God elevated Christ (Philippians 2:5–11; 3:7–11).

This is well and good. Easter is an appropriate time to give humble thanks to God—in the words of my own church’s liturgy, “It is right to give our thanks and praise.” But we who are Christians should not be naïve about the political subtext of our performance of humility. Like the psalm, our identification of Jesus as the cornerstone of God’s purposes, and our identification of ourselves as his beneficiaries, embeds a doctrine of election that confers social status and privilege to ourselves, no matter how genuine our humility.

This political dynamic is especially problematic in our own social context of Christian nationalism and Christian colonialism. For all our show of humility, Christians have capitalized on the doctrine of election, distorting it to create a very real power differential between ourselves and the world beyond Christianity, at home and abroad. In an ironic twist, we have become the builders who are rejecting precious stones.

But it does not have to be so. By recognizing and addressing the ambiguity in our humble celebration of God’s victory, we can remind ourselves to truly “regard others as better than yourselves” (Philippians 2:3). We can see, in the resurrection of Christ, God’s preferential option for the poor and marginalized of the world. This Easter, on “the day the LORD has made,” as we celebrate Jesus the cornerstone, let us also muster the intentionality to train our discernment upon those beyond our privileged community, the ones we tend to overlook, dismiss, reject. Might they turn out to be the surprising cornerstones of God’s project in the world? 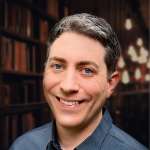 Timothy McNinch is a doctoral candidate in Hebrew Bible at Emory University in Atlanta, GA. He is an editor for the “Politics of Scripture” blog on the Political Theology Network, and co-hosts “First Reading: the Old Testament Lectionary Podcast” (firstreadingpodcast.com).

One thought on “Who is the Precious Cornerstone?”