In the face of overwhelming odds, the Ukrainians fought back. What are implications of their decision to engage in a war of self-defense for the current debate within Catholicism over the rejection of just war theory in favor of Christian nonviolence?

One implication for that debate especially comes to mind: The importance of including the harm to self-respect from a prolonged, oppressive occupation among the reasons that factor into a decision to go to war.

At the time of unjust Russian invasion on February 24, few thought Ukraine had a fighting chance. Russia had the second largest military in the world. Experts predicted that Russian tanks would be in Kiev in three days. Just war theory requires that, for a war to be just, there must be a reasonable hope of success.

Hindsight is a distraction here: That Ukraine fought back and succeeded beyond almost every expectation shouldn’t turn our focus from the moral basis of their decision to fight at all. Moreover, it’s important to note that the just war requirement is for a reasonable – but not a certain – hope of success (to require certainty, argued 17th century Jesuit theorist Francisco de Vitoria, would wrongly restrict weaker states from ever defending themselves against marauding powers). Thus fighting in the face of heavy odds is permitted by just war theory. Nor is such a fight an obscure fact of history: Think of England in 1940 in the face of a triumphant Nazi state.

Writing about Ukraine in March from England, Catholic theologian Ashley Beck was clear about the limited nature of the right to self-defense in just war theory. “The Christian tradition does not see it is as an absolute right,” he argued. “The Just War tradition (which many, including Pope Francis in Fratelli Tutti, believe may no longer be appropriate) treats the right to self-defence in the same way as any recourse to arms. One of the conditions which has to be met, as the Catechism puts it, is that ‘there must be serious prospects of success.’” The Vatican itself equivocated about the justness of the Ukrainian decision to fight. Pope Francis repeatedly referred to the conflict by condemning war in itself – a phrasing that left open the question whether he thought that Ukraine’s war of self-defense was just. Not until early April did Vatican Secretary of State Cardinal Pietro Parolin clearly affirm a Ukrainian right to self-defense. No doubt there are complex reasons of history and diplomacy behind such qualifications and hesitations. But it is accurate to say that they reflect the increasing Catholic skepticism about the moral justification of war at all.

But the Ukrainian decision to fight presents an important challenge to that skepticism. We can best grapple with that challenge by considering the proportionality test that figures in the decision to go to war. Roughly put, that test involves a proportion between reasons to fight and reasons not to fight. The test also informs the assessment of what constitutes a reasonable hope of success. For those arguing that Ukraine should have foregone a war of self-defense, the proportionality test appeared to go something like this: The wrong of the loss of political independence was set against the likely tremendous loss of life and property involved in fighting to right such a wrong. Given the disproportion of the loss of life, a war of self-defense would not be just.

But what if we widen the proportionality test to include more factors in play in a situation like the Russian invasion of Ukraine? Writing in 2018, Saba Bazargan-Forward proposed precisely such a widening in cases of what he called “bloodless invasions.” In such a scenario, country X tells country Y: “Either submit to our demand to rule your country or we will invade” (the “bloodless” term refers to the conditional nature of the demand: If country Y submits, then country X will not undertake a bloody invasion). To be sure, there are many affinities between the example of “bloodless invasions” and the Russian-Ukrainian conflict. How, then, does Bazargan-Forward argue to widen the proportionality test to permit the possibility of country Y (in other words, Ukraine) to fight back justly, even at the risk of a great loss of its own citizens’ lives?

I think he adds two crucial, related matters: The harms that come from the loss of political sovereignty and the corresponding loss of self-respect. Here it’s helpful to consider the wrenching wrong for Ukrainians of losing their independent, nascent democracy that has taken root after a century that included colonization by the Soviet Union; a Stalin-directed famine that killed millions of Ukrainians; and Putin’s relentless efforts to return Ukraine to vassal status even before the February invasion. Knowing such a history of political oppression, it’s clear why Ukrainians never want to go through it again.

But it’s important to connect the harm of the loss of such democratic sovereignty with the harm to self-respect. We have to be careful: Self-respect can be rendered in reductive psychological terms. But the idea at issue here is akin to what John Rawls called “perhaps the most important primary good,” which he said included “a person’s sense of his own value, his secure conviction that his sense of the good, his plan of life, is worth carrying out.” Thus self-respect has a subjective aspect that integrates a person’s sense of worth with their capacity to develop a meaningful vision of a good life. And self-respect has an objective aspect, too, especially evident in the moral requirement of coherence between the worth of one’s personhood and the equal worth of the personhood of everyone else in society. In turn, these aspects of self-respect may merge in a shared, vivid sense of a common story. Ukrainian President Volodymyr Zelensky spoke of such a story when he said: “We will defend our state, because our weapons are our truth, and our truth is that this is our land, our country, our children.”

Bazargan-Forward argues that the proportionality test should be expanded to include the possibility of harms to subjective self-respect in the context of chronic political oppression. Self-worth and the capacity to live a meaningful life may be crushed beneath the constraints and distortions of the oppressor. Moreover, he says, a decision to forego fighting back in favor of nonviolent resistance may terribly compound such moral and spiritual destruction. Time is of the essence and nonviolent resistance almost always takes longer than violent self-defense to reverse political domination. While waiting for such a reversal, whole generations can be lost.

We can also see the importance of including in the proportionality test the possible harms to the equality of worth that constitutes the basis of self-respect in society. Thus the wrong of the Russian invasion isn’t only the violation of political rights, the loss of life, and the destruction of property. It’s also the imposition of contempt on the Ukrainians as non-persons of inherently unequal worth and thus fit for killing and conquest. In April the leader of the Russian media group that runs the Sputnik and RIA Novosti news agencies said as much: “It’s no accident we call them Nazis…What makes you a Nazi is your bestial nature, your bestial hatred and your bestial willingness to tear out the eyes of children on the basis of nationality.” Of course, it’s not implausible to understand that the Ukrainian decision to fight was motivated by a desperate concern to stop such contemptuous harm from spiraling into genocidal violence.

I have argued in this essay that we can understand better the claim of justice behind the Ukrainian decision to fight if we expand the test of proportionality to include harms to self-respect. Doing so brings into clearer view the history of Russian oppression, the long-denied democratic possibility of the present moment, and the refusal of the Ukrainian people ever again to risk the loss of their self-respect at the hands of Russian domination. I have also situated this argument in the context of the current Catholic debate on the merits of just war and Christian nonviolence. To be sure, I am not arguing that the choice of violent self-defense is the only way for an embattled underdog to preserve a national sense of self-respect. It may be the case that a campaign of Christian nonviolence can achieve the same goal. But the Ukrainian decision to fight raises hard questions that need answers about how well a singular reliance on Christian nonviolence can address the devastating harms of historical contempt and chronic oppression at the hands of a fascist, massive military power. 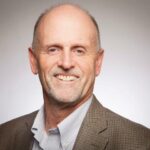 David E. DeCosse, Director of Religious and Catholic Ethics, Markkula Center for Applied Ethics, Santa Clara University, Santa Clara, California. DeCosse received his A.B. from Harvard University, an M.S. in journalism from Columbia University, an M.A. in theology from Fordham University, and a Ph.D. in theological ethics from Boston College. He has worked as a journalist and editor, including a stint at Doubleday Publishing Company. He has taught in the Religious Studies Department since 1999. He has been Director of Campus Ethics Programs at SCU since 2002. His research interests focus on the intersection of Catholic social thought, moral agency, and democracy. You can follow DeCosse on Twitter @daviddecosse.

Ukraine: What Ought to be Done?

 Justice, Self-Respect, and the Ukrainian Decision to Go to War 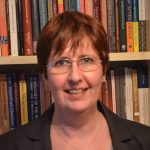 It should be uncontroversial that the Ukrainians have a right to defend their people and their land. However, some have argued that Pope Francis is spearheading a rejection of the just war tradition, replacing it with a thoroughgoing pacifism that would in principle deny this right to the Ukrainian defenders. As an analysis of the Pope’s position, I think this is mistaken. 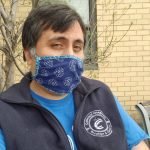 The Seeds of World War III?

If we consider our own domestic troubles in the U.S., we will soon recognize that Americans, from both the right and the left, are tired of the age of American imperialism. This may be the one common ground issue that most of us have. 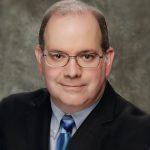 The Ethics of a Just, Protracted War

The Russian invasion of Ukraine has become a protracted war between Ukraine and Russia, with elements of a new Cold War where Ukraine’s western Allies are fighting Russia by proxy through the supply of weapons and other aid through the NATO alliance. The just war standard of “reasonable chance of success” is not part of the original theory devised by Saint Augustine or St. Thomas Aquinas, but a later innovation made by Francisco Suárez to prevent wars from deteriorating into a long cycle of revenge by parties at war.

Blood Covered Hands – But Not in Ukraine

Paul J. Griffiths contends that the hands of every American taxpayer now drip with blood because the U.S. is supporting Ukraine’s war of self defense. American hands might be covered in the blood of innocents from Afghanistan to Somalia to Yemen, but there has been no transgression in Ukraine. In fact, from the perspective of Christian just war reasoning, it can be argued that the U.S. and Europe have not done enough.