Psalm 1 presents the reader with two, mutually exclusive categories of human existence: righteousness and wickedness. However, experience tells us that to be human is far more complex. Rather than simply embracing the psalm’s presentation of life, we might enter a dialogue instead, one wherein we consider what it might mean to be formed by attending to others rather than reifying our existing in-groups.

1 Happy are those
who do not follow the advice of the wicked,
or take the path that sinners tread,
or sit in the seat of scoffers;
2 but their delight is in the law of the Lord,
and on his law they meditate day and night.
3 They are like trees
planted by streams of water,
which yield their fruit in its season,
and their leaves do not wither.
In all that they do, they prosper.
4 The wicked are not so,
but are like chaff that the wind drives away.
5 Therefore the wicked will not stand in the judgement,
nor sinners in the congregation of the righteous;
6 for the Lord watches over the way of the righteous,
but the way of the wicked will perish.

Common to our human social settings is the tendency to divide into in-groups and out-groups. For example, party lines frequently develop within religious, racial, or political groups. Accompanying this trend, we often also find an unbalanced desire for flourishing, where the needs and comforts of the in-group are privileged over those of the out-group. Both patterns are illustrated in Psalm 1. For the psalmist, this boundary line is drawn morally, between those who are righteous and those who are wicked, placing the righteous inside the group’s boundaries and the wicked outside them.

For those steeped in the literature of the Hebrew Bible / Old Testament, such a division is of little surprise. Indeed, it is in large part due to this division that Psalm 1 is categorized as a wisdom psalm. This categorization is also encouraged by the psalmist’s reflection on two ways, one leading to longevity and prosperity and the other leading to brevity of life and judgement; the inclusion of the images of tree and chaff, both drawn from observation and experience; and the meditation on both divine and human counsel. Each of these features point to ties with the broader wisdom tradition, which is epitomized in Proverbs, but also inclusive of Job and Ecclesiastes.

Consonant with this tradition, the psalmist presents the reader with a choice of identification: will the one who reads be like the righteous person or like the wicked ones, the sinners, and the scoffers? The psalmist’s polemic urges the former, beginning with the beatitude “Happy is the one” (Psalm 1:1, the NRSV’s “those” obscures the singular pronouns of the Hebrew), followed by three consecutive negative descriptors: “who does not walk in the counsel of the wicked and does not stand on the path of sinners and does not sit in the seat of scoffers” (1:1, the NRSV softens the repeated negation present in the Hebrew). What, then, does this righteous one do? In contrast to embracing the counsel of the wicked ones, the righteous one is shaped and informed by meditation on the divine instruction.

The triple negation highlights this division between groups, declaring a boundary that is not to be crossed if one is to find happiness in life. Accordingly, the boundaries having been established and positive action prescribed, the psalmist goes on to offer two images as an illustration to demonstrate the distinct outcomes of these two ways of living: the tree and the chaff.

It is immediately apparent that the images are unbalanced, with the depiction of the righteous one doubling the length of the depiction of the wicked ones. Thus, in both form and content, the two images encourage identification with the righteous in-group. The one so identified is like a tree in rich, moist soil. They will find long life (leaves that do not wither), success (bringing forth fruit in season), and stability (growing tall and strong by the nourishment of the stream)—all of which suggest prosperity, the final promise associated with the image. In contrast, the life of the out-group, the wicked ones, is marked by brevity: they are driven away by the wind.

Moreover, verse 5 declares that these wicked ones will not withstand right judgement in the assembly of the righteous ones. Indeed, their path will perish without the sustaining presence of the Lord afforded the righteous. Ultimately, the psalmist’s presentation urges the reader to find a home among the righteous—finally revealed as a collective in the last two verses—and to disassociate from any who may be among the wicked. Indeed, according to the psalmist, the groups are mutually exclusive. One must choose one path or the other, never both.

Of course, our own experience tells us that this dichotomy never operates so simplistically in life. Even if we could always clearly identify which activities are right and which are wrong, each of us is keenly aware of our own proclivity to mixed motivations, self-orientation, and desire for convenience (statements already laden with my own particular value judgements). Indeed, the complexity of the social structures in which we daily live and move and make choices implicate us in a multitude of harms, complicities of which we may or may not be aware. Whatever it means to be righteous or wicked, we are, each one of us, always both at the same time.

Further, when we begin to divide up our world into such dichotomies, we often become so distracted by the drawing up of lines between our groups that issues requiring immediate attention—even if such attention is always inadequate, limited by the nature of our humanness—can go unaddressed. This is because we are too busy organizing ourselves along party lines, be they gendered, coloured, or politicized: male/female, black/white, left/right, righteous/wicked. All of these are false dualisms. Gender is fluid. Racial identity ranges over the broad spectrum of human skin tones. Political parties neither fully represent the breadth of opinion held by their members, nor adequately address every issue in our shared experience of a troubled world. The situation is far more complex.

Acknowledging such complexity and pushing back against the Psalm need not be troubling. Rather, allowing our experience of the world to critique the duality of Psalm 1 accords with the tradition of wisdom that includes Job and Ecclesiastes and encourages us dialogue with the text. So, we might ask, if the psalmist’s imaging of the world is overly simplistic, what else might this psalm offer us?

I’d like to suggest that Psalm 1 highlights an important aspect of what it means to develop character, that is, attending to counsel, advice, or teaching. However, rather than trying to determine a priori what is righteous counsel and what is wicked counsel—historically, human beings have had a hard time making such judgements and typically end up merely reifying various in-groups—we might begin to attend to the counsel of those outside whatever boundaries we have busied ourselves creating.

Indeed, such a change of attention might even bring us back to the psalm itself, back to the tree standing at the centre of the psalmist’s exhortation. The flourishing tree is an enduring image, one that we easily relate to if we’ve ever gone for a walk in a park, a hike in the mountains, or planted a sapling in our yard, waiting, watching, and wondering as it grows. The tree endures, it prospers, it flourishes, and it reminds us of our own desires for longevity and success. And yet, in these past weeks, we have watched, horrified, as the Amazon burns.

Trees, and all those who live in and amongst their branches, are perishing in large part because of human hubris towards longevity and prosperity. Something must be done if the image of the psalm is to continue to endure and it must be done despite our bickering along party lines—where climate change has become such a divisive issue. Meditation on this psalm can turn our attention to the world around us, as good wisdom teaching always does, reminding us that it is not only human flourishing that matters and, further, that it is not only human counsel to which we ought to attend.

As we evaluate the lines we have drawn between human groups, we might also re-evaluate the boundary we have created between the human and the other-than-human world.  In so doing, we might re-read the final line of verse 3 in the fullness of its ambiguity: “And in all that it does it prospers.” Does the psalm refer to the righteous one or to the tree? Although the NRSV translation (above) chooses for us, the singular pronoun of the Hebrew allows for either option or, better, for both. In the end, perhaps we need not choose between the two in our reading, instead, we may be reminded that when one flourishes, so does the other. Perhaps we may even learn to seek the flourishing of the other over our own—especially those of us whose respective in-groups have, historically and presently, flourished at the expense of the marginalized, including the other-than-human world. 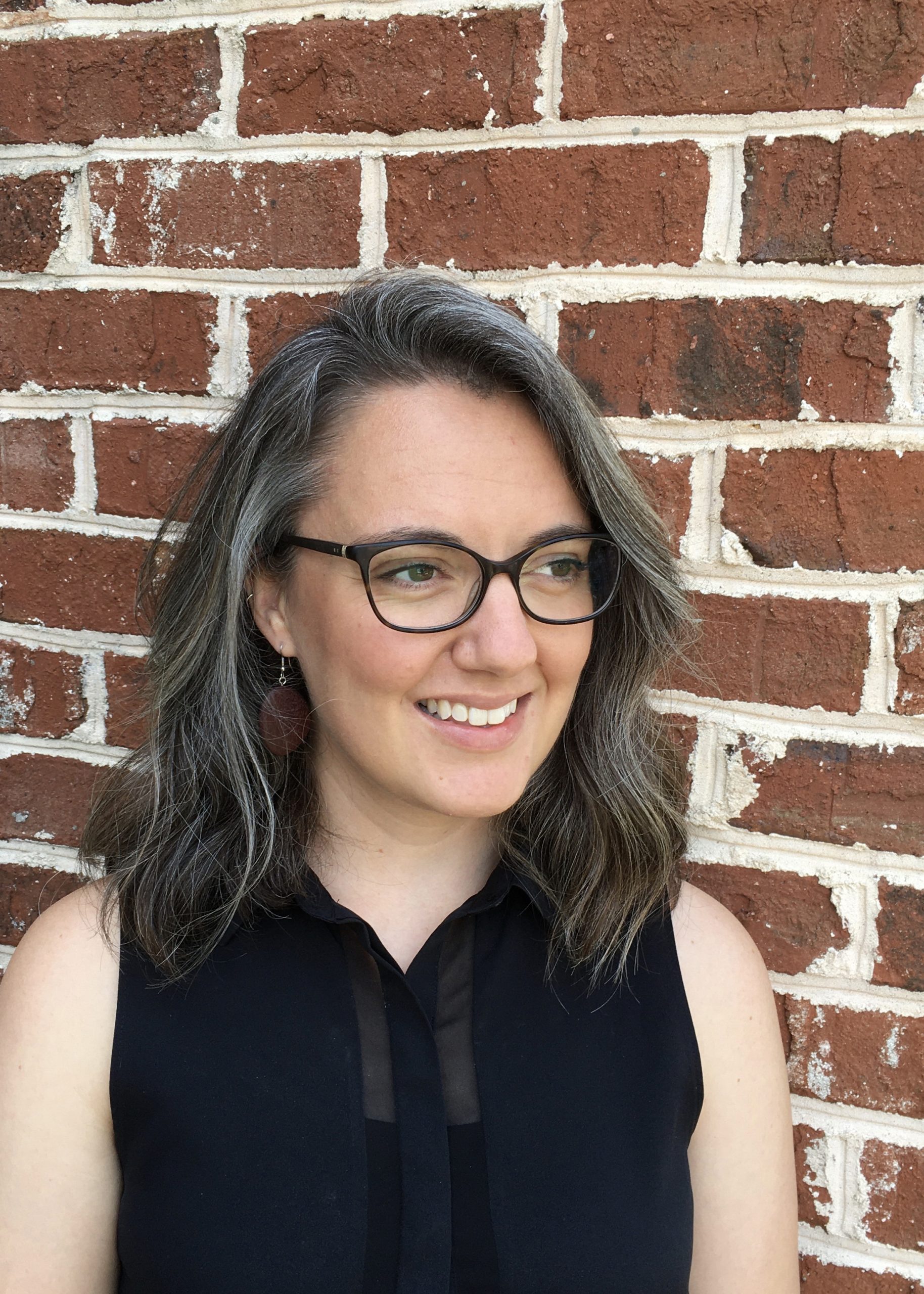 Chelsea Mak is a doctoral candidate in Hebrew Bible at Emory University in Atlanta, Georgia. Her dissertation, “‘Therefore the Land Mourns:’ The Ecological Body in 8th Century Israelite Religion,” explores how the religious ecology of Israelite religion is revealed in the mutually constitutive relationship between the body and land as found in text and material culture. By attending to a multiplicity of narratives in dialectical encounter, those of the land and the prophetic texts of Hosea, Amos, and Micah, the project further illuminates the stakes of Israelite religious practices as situated within the political economy of the 8th century BCE. Chelsea is the series editor for the Politics of Scripture, a blog on the Political Theology Network.