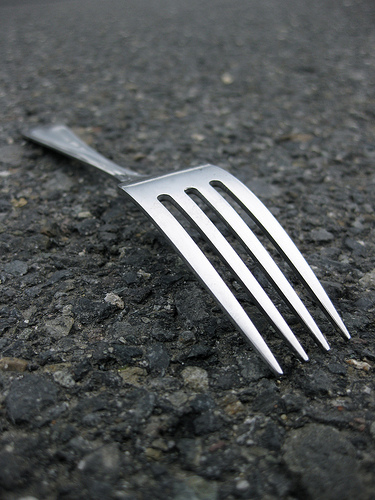 Do 2 Negations = an Affirmation?

Atheism is all the rage today. That is, a kind of rejection- whether a traditional form of atheism, or the Christian rejection of certainty- is catching on. Some in the emerging church circles call for an “epistemological humility,” a theological hedging that tempers a rigid Evangelical orthodoxy. Still others, such as Peter Rollins, turn to more philosophical traditions, such as that of Hegel, which value a “negation.”

Rollins summarizes this kind of Christian A/theism in a number of places, and thus offers a helpful summary in his chapters in Church in the Present Tense. Providing a kind of archeology of modern categories through the thought of philosophers like Kant and Hegel, he states that there is a moment of negation when the ideas and values are denied. In turn then, he says, there comes a moment of double negation- that place when even the denial is denied.

Unfortunately, Peter and his philosophical partner Hegel are about 1700 years late. The desert monks spoke of a similar path, just without the seeming circularity of modern critiques of metaphysics.

The Twilight of Christendom and the Tactical Turn

The media has been flush with stories and commentary on religion in the public square. When a panel of religious leaders is called to testify before a congressional oversight hearing, how could it be otherwise? For a country which has canonized a separation between religion and governance these spectacles of power and politicking quickly call into question the Post-Christendom thesis….