Confession time: I am an Anabaptist. Not just a cradle Menno/Brethren, but also an Anabaptist of the Neo kind. So when James Davidson Hunter called out the Neo-Anabaptists in his recent book To Change the World, I bristled a bit. In each of the other chapters on Evangelicals and Liberals I found myself in the Amen corner. Yet, I recognized the fault lines he named in his section about “me”.

See, I do ascribe to the alternative definition of politics that Yoder, Hauerwas, and Cavanaugh have used to distinguish the Church from governmental politics. I think the Church matters for how we conduct ourselves in the world, and that working out how we are the people of God is a task for the common good and not just sectarian withdraw.

Sometimes we Neo-Anabaptists are confused for liberals because we think that the things of the world are broken- partisan politics, war, and corporate capitalism. In almost the same breath we are seen as conservative- Jesus Christ is central to redemption, the Bible matters, and prayer is effective. What is more, the individual is not the pinnacle of society.

So imagine my groan in the recent debates in the blogosphere around the question of Liberal Christianity’s survival.

How is it that Liberalism continues to hang on? Are we really stuck in the loop of asking “Can Liberal Christianity survive”? Or do we not have a better paradigm to envision Christian life and faith apart from the Enlightenment assumptions of culture, government, and belief?

As Hunter and David Fitch have shown, we all have given into the assumption that partisan politics is the defining narrative of our society. In short, our denominations and communities of faith are more identifiable by the party for which our members vote come election day. Our imagination is captive to the Enlightenment Liberal assumption that one can have the form “American”  while simply pouring in it the content of our individual values. In effect, both progressives and conservatives alike assume a Chistendom posture that seeks to make a virtuous society, or Christian state, through our civic duties.

Can’t there be a third way?

Consider this adaptation of the infamous desert saying about becoming aflame. A young monk came to the abba and said “What must I do to change the world? I fast in protest to unjust policy. I boycott businesses that do not support my values and I publicly declare my support for Christian causes. I even vote for the candidates that speak my values. Yet, little seems to change.” And the abba stretched out his hands to the sky and his fingers became flames. He said to the seeker, “If you wish, you can become all aflame.”

In discussing the original desert saying, and its implications for a theory of asceticism, Richard Valantasis argued that transformation is at the heart of the monastic project. Yet, it is not just transformation of a culture or a change in the self. Instead, the works of asceticism performed in a dominant culture form new subjectivities, new social relations, and new social imaginaries. (Richard Valantasis, “Constructions of Power in Asceticism,” Journal of the American Academy of Religion vol 63, 1995; 796. Note here I have substituted Charles Taylor’s term of “imaginaries” for Valanatasis’ semiotic term “symbolic universe.”)

Rather than understanding askesis as an individual’s actions of radical self-denial, Valantasis shifts the focus onto the re-formation of the self and the ways the subject engages society. The power to change, then, is within the hands of the individual, yet those changes dramatically alter how one participates in the dominant culture. Thus, the social transformation begins with the hard self-work of the ascetic.

That seems to be the logic of Christianity over and against the dominant Liberal view- namely that significant social change begins with a dramatic reorienting of the self away from the dominant cultural logic. Instead, ascetic Christianity refuses to play by the seeming consensus of the society.

Rowan Williams, in an essay published when he was 19, brought the work of Thomas Merton and Russian theologian Paul Evdokimov into conversation. In the middle of that study Williams notes that Evdokimov sets the three temptations of Jesus alongside the three traditional monastic vows, thus making clear that rejection of current powers is an ascetic, not Liberal, project. Here, for example, the temptation to turn stones into bread corresponds to the vow of poverty. In that frame, the Christian monk lives in the primacy of “grace over necessity.” In refusing to throw himself off the pinnacle of the temple Jesus prefigured the vow of chastity. “The monk’s chastity is an ‘integration’ of his human powers over matter in a new attitude of what Simone Weil would call ‘attention; to created things.” Finally, the refusal to bow before Satan “corresponds to the vow of obedience: the refusal of slavery to Satan, to illusion and falsehood, is liberation to him ‘whose service is perfect freedom.” Here Williams also notes that this makes clear that “obedience is not submission to secular authority.” (Rowan Williams, “Bread in the Wilderness: The Monastic Ideal in Thomas Merton and Paul Evdokimov,” in Merton and Heysychasm: The Prayer of the Heart (Fons Vitae, 2003), 179-180. Originally published in Cistercian Studies, Number 29, Two Yet One: Monastic Tradition East and West, 1976.)

The connecting of the temptations and ascetic vows reveals a whole other way of being present and active in the world. It is, in its essence, an alternative politic to both liberalism and the secular governments. Rather than assuming a kind of democratic leverage of individual influence in the political structures the very logic of the culture is turned upside down. Simplicity is chosen over wealth; mutuality over self-gratification; service over domination.

Much of this has been apart of the Anabaptist tradition from its inception. Neo-Anabaptism, at its best, seeks to embody such a counter logic. However, Hunter is right: Traditional Liberalism is a temptation not easily avoided. Yet a recovery of the ascetic nature of the tradition–the formative, re-orienting practices of the faith–resists the trap. We need not ask if Liberal Christianity can survive but what practices of the faith reform us into Christ-like witnesses in a dominant culture.

Joshua Brockway is both an academic and a minister. Currently he serves as denominational staff in the Church of the Brethren. His work in the church focuses on the practices of discipleship and the spiritual life. In academic circles he studies monastic practice and theology of the 4th and 5th centuries. He is currently a doctoral candidate at The Catholic University of America. Josh blogs at Collationes and serves as the blog editor and book review editor Brethren Life and Thought. He can be found on Twitter @brockcassian. 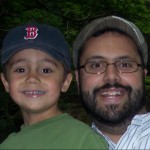