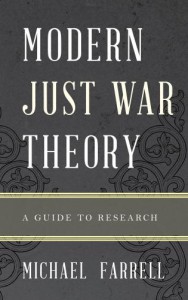 The just war tradition is one of several approaches to the ethics of war. It has its origins in Western civilizations, but is not unique to the West. It was systematically developed by the Christian Church but is not an exclusively Christian doctrine, nor is it universally held by Christians. It is often referred to as the just war theory, but it is not a single, scientifically proven or universally held set of propositions.

How, then, should we describe just war theory?

Put simply, the just war tradition recognizes that, in times of war, traditional ethics seem to be suspended in a certain sense, and yet there are still ethical guidelines that should be followed in war. It recognizes that war is a horrible tragedy and that terrible things are inevitable in armed conflict, but attempts to mitigate the horrors of war by providing an ethical framework for nations to determine whether or not it is right to go to war and for nations to govern their actions during a conflict.

The nature and make-up of this framework is something that ethicists debate and politicians and military leaders apply in different ways. In my new book, Modern Just War Theory: A Guide to Research, I examine how the just war tradition developed in the last century and the first part of this century. I also provide something of a “roadmap” for students and researchers who are attempting to navigate through the wealth of information that was produced during this time period.

There are three main reasons why I believe it is important to study just war theory as it developed from 1900-2012. First, theory often filters to the general public. The extent to which the civilian population supports a war often determines its outcome. Just war theory can affect not only civilian morale but also the morale of the armed forces. Civilian support for a given conflict is not only essential in democracies whose citizens, in theory, could stop a war through the ballot box, but it is also a factor in totalitarian regimes. Propaganda is a tool of all kinds of government, and, in a way, just war theory is a part of a culture’s propaganda. It is not something that is only practiced by elite philosophers. Any citizen who passes judgement on the rightness or wrongness of a conflict is practicing just war theory.

Second, when one studies the just war theory of a given century, one better understands the conflicts and sentiments of that century. One can understand the cataclysmic conflicts of the twentieth century better by understanding the justification writers used to either support or condemn those conflicts. Often, theorists reflect the tenor of their times. The optimism of theorists before World War I was replaced by the jaded and determined pragmatism of World War II, which in turn was replaced by the fearful and pessimistic theorists of the Cold War with its nuclear terrors. The just war theory of the age of asymmetrical warfare is still being written, but its tenor will surely be just as unique.

Just war theory is a lens to interpret a war and can become a part of a nation’s narrative. This can help determine the future values and actions of the nation. An illustration of this idea can be seen in American history. One way that Americans justified their war of independence against England was with the claim that force is justifiable against governments who do not rule with the consent of its citizens. This idea is implicit in the slogan “No taxation without representation.” For Americans, the lack of representative government was a “just cause” for going to war. In most of the wars that the United States has waged subsequent to her first war against England, those in power claim that America is fighting for this same right to representative government or “democracy” either at home or abroad. Early in its history, America came to the conclusion that poor representation is a just cause for war. This conclusion about what makes a war justified has informed foreign policy since. This is just war theory in practice.

Finally, even if one disagrees with the tenets of the just war tradition, as might a pacifist or a realist, there is no denying the influence of the tradition in world society. The just war tradition led to the development of international law as embodied in well-known and influential treaties such as the Geneva Conventions. International law and the just war tradition are at the very least used by government as part of the propaganda to justify its foreign policy, defense policy, and tactical and strategic policy during conflicts. In other words, we should study just war theory because it is influential, even though at times it may seem to be ignored by those in power.

My book is divided into two parts, “Foundations” and “Research.” In the first part, I provide the student with the definitions of some key words to use when searching for material on just war theory. Like most disciplines, just war theory has its own vocabulary with technical terms and Latin phrases. Hopefully, by defining some of the key terms, I have given the student at the beginning of their studies a basic grasp of the content of just war theory.

In this section, I also briefly describe a few of the more important figures and writings in just war theory from the twentieth century and give a brief description of their major ideas. I do not provide an exhaustive critique of these documents, nor will every scholar agree with my interpretations of these representative perspectives. This section is merely provided to place certain writers within their historical context and give an introductory survey of their theories.

First, I look at the U.S. Catholic Bishops’ The Challenge of Peace: God’s Promise and Our Response, which helps illustrate the changing relationship between pacifism and just war theory in the twentieth century. Next, I turn to Paul Ramsey’s The Just War: Force and Political Responsibility. This work highlights the importance of nuclear weapons in just war literature since 1945. I then turn to Michael Walzer’s Just and Unjust Wars: A Moral Argument with Historical Illustrations to look at problems of asymmetrical warfare and humanitarian intervention. It would be useful to look at a fourth book on just war theory as it relates to terrorism and counter-terrorism specifically. But, while many books have been written on the subject over the last ten years by prominent theorists such as Jean Bethke Elshtain, it is too early in the War on Terror to determine which text will have the most influence on just war literature. Other key developments in the twentieth century could also be explored, such as the development of jus post bellum criteria and the relationship between cosmopolitanism and just war theory. But the selections were chosen because of their prominence within the tradition and because they dealt with certain key developments within the tradition in the modern era.

The bulk of the book is contained in the second part, which I have called “Research.” In this section of the book, I provide an annotated bibliography of books on just war theory. The bibliography covers the years 1900-2012 and I have tried to include every book I could find on the subject. The bibliography is divided topically into nine sections. Within each section the entries are arranged alphabetically by the author’s last name.

The first and largest section covers general works on just war theory. These titles describe several aspects of just war theory and may contain historical examples. Section two contains books that describe the just war tradition as it developed in previous centuries. The third section covers the just war tradition as it has been applied in specific conflicts. These entries tend to be more specific to one particular war, whereas books in the “general” section may cover several wars or war in general.

The next four sections cover the just war tradition as it relates to other ethical systems on war. Section four covers international law, section five covers pacifism, section six covers realism, and section seven covers non-Christian religious traditions. Cosmopolitanism is dealt with under special topics because of the relative scarcity of titles on that subject. These sections do not exhaustively cover their subjects. Rather they contain books that examine the relationship between that tradition and the just war tradition. Some of the authors defend the alternative tradition, while others defend the just war tradition. Each of these traditions has its own vast body of literature, but many of these titles do not directly relate to just war theory and so they were not included. Section eight is dedicated to the special problem of nuclear weapons. Because so much has been written on the ethics of nuclear weapons in the last 67 years, the subject needed a separate section.

The ninth section consists of titles that cover special topics within the just war tradition. For instance, several books are concerned with only one just war criteria or perhaps with special problems such as terrorism and torture.

My book is intended to show the continued relevance of just war theory and to make the case that ethical thinking about war is complex and necessary for the creation and maintenance of just societies. I hope that my own contribution to the field will help both students and experienced researchers as they study this vitally important topic.