Last summer, in a New York Magazine piece entitled, “The Uninhabitable Earth”, David Wallace-Wells set out to offer a worst-case scenario for climate change. The responses to his cataclysmic scenario were swift and overwhelmingly negative (David Roberts offers a helpful summary).

These reactions can be divided into two categories. First, there were scientists critiquing his analysis of data. Second, there was a wider range of people who condemned his pessimism. They argued that Wallace-Wells was being irresponsible because he was undermining hope. In discussions of climate change, hope is held up as an unalloyed good. We can only solve the problem of climate change if, as Zoe Williams insists, we do not give into the ‘pessimists and deniers’.

My question is ‘hope in what?’

Some Problems with Hope

There are two dominant strains of this often-unspecified hope. The first is a straightforward hope in the world. The right combination of policy and technology will mean that we can maintain our world, just with less pollution, emissions and waste. The second is a hope that confronting climate change will push humanity to reconsider its relationship with other-than-human nature and enter a new period of ecologically-responsible civilization.

Both these forms of hope are problematic. The first perpetuates a world of ecological violence. It takes climate change to be the central issue rather than a symptom of deeper problems. Climate change is addressed as a technological issue rather than an ethical and political one. The second strain of hope underestimates the extent to which the relationship between humanity and the rest of nature cannot be isolated from other political, economic and social questions.

To see how these issues are interrelated, consider the concept of the Anthropocene. Paul Crutzen is often credited with popularizing this term for the epoch in which humanity has become a significant geological force. Crutzen and others argue that the transition to this epoch happened between 1800-1945. This period of rapid industrialization and urbanization saw a transformation in the way that many people lived. It was the emergence of a world that is recognizable as our own: a world of electricity, cars, flight and indoor plumbing. People and goods are able to move further and faster. All of these changes are driven by an increasing consumption of fossil fuels.

This narrative is the standard version of the Anthropocene. Humanity changes. We industrialize. We begin to use more fossil fuels. We transform the rest of nature in previously inconceivable ways. Yet this narrative obscures as much as it illuminates. As Andreas Malm and Alf Hornborg argue, the Anthropocene is a myth that falsely unifies humanity. Who is this ‘we’ that industrializes? Who uses these fossil fuels and at what rate? If the residents of New York State consume more energy than the residents of Sub-Saharan Africa, how can they all be considered equally responsible for climate change? What’s more, the spread of industrialization and capitalism around the world was not the result of a unanimous vote. Modes of production and exchange were imposed on some people by other people.

Malm and Hornborg thus reframe the problem: climate change is not something humanity is doing to nature. It is something some humans are doing to other humans and other-than-human nature. Jason Moore makes a similar point, arguing that the ‘Anthro-’ of the Anthropocene is misleading. He proposes Capitalocene as an alternative. The industrialization and urbanization that transformed some humans’ relation to the rest of nature were the same processes that inaugurated global capitalism. These processes not only transformed relations to nature, they transformed relations between humans. As Silvia Federici argues, this rise of capitalism was always both gendered and racialized. The histories that Malm, Hornborg, Moore and Federici reveal continue to inform ecofeminism, studies of environmental racism and other approaches that refuse the simple opposition of humanity and nature.

Thinking through the connections between climate change, capitalism, race and gender does not just helps us understand the historical and logical connections between these ideas. It also makes us more attune to the ways that climate change exacerbates forms of injustice that seem to have nothing to do with nature. Climate change may be happening to everyone, but it has different consequences for different groups of people. Vulnerable communities that have contributed least to the forms of capitalism at the heart of climate change will be among the first to suffer its consequences. The ongoing crisis in Puerto Rico is just one example of the way that poverty, race and climate change intersect with devastating results.

The interrelated issues of climate change, capitalism, race and gender are more than ideas. They are the reality in which we live – a complex set of relations that have slowly congealed until they constitute a world. Considering the lived and material entanglement of these issues thus reveals two things about the world. The first is that the world is inescapable. There is no world that lies outside of these constitutive relationships between humans and the other-than-human. This world is the result of a set of contingent historical events, but the world itself is no longer contingent. It has become necessary. There are changes within the world, but there is no changing the world. As Daniel Colucciello Barber argues, the world ‘presents itself in two moments – as the given and as the possible… it serves as the name of the already existent, or of that which may be subjected to critique, but it likewise serves as the name of the alternative that is imagined or invoked (even if only implicitly) by such a critique’ (181). There is no ‘real’ world underneath, nothing to go back to, uncover or save. It is not the world, on top of which is laid capitalism, sexism, racism and other ideological formations. Those formations, in their complex material intersection, are the world. Any possible resolution is only a reiteration, however inspired, of that world.

When we are urged to maintain hope in the face of climate change, then, our first question must be, ‘hope in what?’ Technological solutions like carbon capture or geo-engineering assume that climate change itself is the problem. The goal is not to change the way that some humans relate to other humans and the other-than-human nature, but to preserve the world as it is. But why should anyone hope for the continuation of this unjust world? If instead our hope is in the transformation of these relations, we are confronted with the way that climate change is entangled, historically and logically, with a set of wider political, economic and social issues. There is no transformation of ‘humanity’s’ relation to nature, without the transformation of the world constituted by those relations.

Put another way, ‘solving’ climate change would require a reconception of the human. For much of Western theological and philosophical thought, humanity is defined in opposition to nature. It is human rationality and volition that distinguishes ‘us’ from the instinctual animality and the cold determinism of nature (as well as the masculine from the feminine and the white from the black). To change humanity’s relationship to nature is not a matter of recycling, driving hybrid cars and walking to the farmers’ market. It requires the end of a conception of humanity as anything more than natural.

Hope in the End of the World

This account, of an inescapable and violent world in which climate change is a symptom of an endless cycle of unjust relations, might be described as pessimistic. And, as the example of Wallace-Wells shows, pessimism is not well received within discussions of climate change. The rejection of pessimism is in one sense understandable. Rebecca Solnit offers a particularly clear critique: “Optimists think it will all be fine without our involvement; pessimists take the opposite position; both excuse themselves from acting. [Hope is] the belief that what we do matters even though how and when it may matter, how and what it may impact, are not things we can know beforehand.” (xiv).

Solnit describes one form of pessimism, a lazy nihilism most commonly indulged by those with the privilege of being able not to care (at least for now). There are other forms of pessimism, though. For as with hope, the question is not ‘is pessimism an appropriate response?’ but ‘pessimism about what?’

This form of climate apocalypticism is not an argument for inaction. You can hope in the end of the world and still recycle, drive cars less often or support policies that will slow climate change. After all, the consequences of climate change, like the consequences of most slow violence, will fall upon those who always bear the weight of injustice. Preventing this violence and ensuring a just distribution of the suffering that climate change will bring are important tasks. But this work will not save the world. And that’s ok. 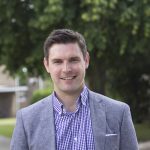 Dr Tommy Lynch is Senior Lecturer in Philosophy of Religion at the University of Chichester (UK) where he researches in the areas of political theology, religion and materialism. His book Apocalyptic Political Theology is forthcoming in 2019. 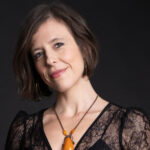 Political Theology and the Intrusion of Gaia

There is, I suggest, a kind of political theology at work in this practice of simply paying attention to (and being provoked by) the transcendence that is Gaia. It generates a form of intellectual habitation that remains attuned to the strange shapes drawn in the clouds by some form of transcendence.

The End is Nigh! 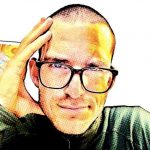 Naturalized: White Settler Christianity and the Silence of Earth in Political Theology

The white US Evangelical denialists see something that many other political theologians do not: that taking seriously our ecological relations requires a kind of paganism.