Hundreds of Catholic theological ethicists from around the world recently gathered in Sarajevo, Bosnia, a city that embodies many of the ethical crises of our world today.

Barbara Demick’s compelling book Logavina Street: Life and Death in a Sarajevo Neighborhood tells the story of the nearly four year-long siege of Sarajevo, the longest in modern history, through the experiences of families living along one street.  Logavina Street runs from the center of the city of Sarajevo, up into the hills that surround the city.  Having just read the book as I arrived in Sarajevo, I decided to walk up Logavina to see the cemetery at the top of the hill.  The dates of death on most tombs are from 1992 and 1993, and they show that many buried here died too young.

Sarajevo was chosen as the location for the third conference of Catholic Theological Ethics in the World Church (CTEWC) because of how the city itself embodies numerous ethical issues and crises facing the world today.

Interreligious dialogue: Sarajevo is a city that boasts numerous Catholic and Orthodox churches standing side by side with synagogues and mosques.  Before the outbreak of war, Sarajevans prided themselves on living peacefully in a multi-religious and multi-cultural city; Muslims, Christians, and Jews married, built interreligious families together, and celebrated each other’s religious holidays together as one community.

Violence and warfare: The conflicts that erupted in the wake of the dissolution of the former state of Yugoslavia were brutal.  In the war in Bosnia it is estimated that over 100,000 people were killed, nearly half of whom were civilians.

The history of this war also touches on the crises of migration and refugees, as thousands of Bosnians fled during the war, and thousands still struggle to return and resettle.

Political reconciliation and justice after violence: The Dayton Accords stopped the horrific killing, but are viewed by many as unfair to those most victimized by the war; at the same time the International Criminal Tribunal for the former Yugoslavia convicted ninety people of war crimes over its 24 year investigatory and prosecutory period.

The fragility of democratic institutions and the need for competent leadership: Bosnia’s own extraordinarily complex government has managed to keep the peace for twenty years, but it is viewed as having “entrenched, rather than resolved, the divisions that emerged from the war.”

In Sarajevo, I took a guided tour of the city that touched on many of these issues.  My tour guide had survived the war.  He was just seven when the siege began, and he told us stories of eating UN-provided canned goods, some of which had originated in the US as provisions for soldiers during the Vietnam War.  Though he was eating the canned meat in 1993, it had expired in 1968.  He showed us the street known by local Sarajevans as “Sniper’s Alley” where he explained that hundreds of Sarajevan civilians, including sixty-seven children, were picked off by Serbian gunmen sheltered in the hills surrounding the city.  I saw dozens of “Sarajevo Roses.” These are ubiquitous bright red painted patterns of depressions in the sidewalks where mortar shells hit, dispersed shrapnel, and killed and maimed those in proximity.  They now witness as memorials to the dead, and symbols of Sarajevans’ attempt to recover and heal.  Atop beautiful Mount Trebević, with its stunning vista overlooking the city, I saw bright red signs, emblazoned with the skull and crossbones, and the word “MINES.”  The signs warn hikers not to wander off the trails, because explosives are still buried in the ground, and are still killing civilians even twenty years after the war.  I visited the aptly named “Tunnel of Hope,” an underground passageway built by Sarajevans during the siege to smuggle refugees out of the city, and supplies back in.

It is clear the Sarajevo is a synecdoche for the globe today; its past, its current struggles, its beauty and potential, all intermixing in one compelling place, a fitting place for a meeting of Catholic theological ethicists.

CTEWC is a global network of Catholic ethicists, all of whom wrestle with the kinds of crises raised by Sarajevo, as well as other serious issues facing the world today.  Nearly 500 theological ethicists from six continents, and hundreds of countries, spanning a vast and diverse range of political, cultural, religious, and economic contexts, crossed borders to come together  and be inspired by Sarajevo.  We came to be energized and enriched so that we can return to our local contexts ready to take action to impact our communities for the better.  We crossed national borders, cultural borders, linguistic borders, and economic borders to learn from one another.  And this border crossing is no small feat.  The conference’s planning committee spent years lining up translators, and organizing, fundraising, and advocating for scholars from around the world so that they could receive the necessary visas, travel funds, and support to come to Sarajevo.

The result of the planning committee’s work was powerful.  Hundreds of Catholic ethicists listened to one another’s stories.  We gathered, as all academics do, in lectures and meetings; but we also gathered for coffee breaks, prayer and liturgy, meals, and even singing, dancing, and joyful celebration.   During one coffee break, I found myself talking with Toussaint Kafahire, a Congolese Jesuit priest who works as a political scientist at the Hekima Institute of Peace Studies and International Relations in Nairobi, Kenya.  We conversed partially in English, and partially in French, discussing ways that we might collaborate to bring greater attention to the violence that has devasted the Democratic Republic of Congo, and how our two academic disciplines – theological ethics and political science – might offer resources for peacebuilding there.  Our conversation was an encapsulation of what the conference meant to me: the opportunity to cross cultural, political, economic, and linguistic borders in the hope of building more just and peaceful communities around the world.

The desire to take action to make a positive impact in our home contexts was a major theme of the conference.  Having come to Sarajevo to learn from and be inspired by its local history and its people, we were encouraged to return to our regions, countries, cities, and neighborhoods to bring the fruits of the conference back home.

For CTEWC, I am privileged to serve, alongside Tobias Winright, as the co-chair the North American Regional Committee.  During the conference, our committee facilitated two working sessions to identify areas around which to concentrate our active efforts to impact North America for the better.

First, we recognized that adjunct faculty, who make up a large percentage of those who teach theology and ethics at the undergraduate level, were under-represented at the meeting.

The membership of CTEWC will specifically focus on how to make adjunct and contingent faculty more represented at our own meetings, and at academic conferences like the Society of Christian Ethics, the Catholic Theological Society of America, and the College Theology Society.  We’ve already identified our members who want to be a part of this effort to seek and create professional development opportunities for adjunct and contingent faculty.

Second, we articulated a strong desire to reach beyond academic borders and engage our local and regional communities.  Whether by teaching courses that are explicitly engaged with community partners in our neighborhoods, or by seeking out more meaningful ways of engaging in public theology, we want to distribute our ideas and our energies into the world around us.  And we want for ourselves and our students, the opportunity to learn from practitioners, community organizers, and leaders who are already making a positive impact.  Some of us are already doing this kind of work and have volunteered to help others learn the skills and harness the resources necessary build relationships that stretch beyond academic borders.

Finally, we wanted to find a way that we as theological ethicists could speak to the growing refugee crisis around the world, and the heated rhetoric and dehumanizing immigration policies in the United States.  To this end, the North American Regional group is working to organize a conference that will span both the metaphorical border between the academy and the general public, and the literal border between the United States and Mexico.  We plan to gather academics, practitioners, and ecclesial and lay leaders to share ideas and engage in direct action to support the human dignity of migrants and refugees.  We hope to hold this conference in two border cities, San Diego, California and Tijuana, Mexico, with participants literally crossing the U.S./Mexico border as part of the conference programming.

Visitors who cross the Bosnian border to travel to Sarajevo cannot help but be moved by its recent history, by its stories not only of senseless death and suffering, but also of survival and hope.  It is this hope that members of CTEWC are clinging to as we return to our homes, mindful of new cross-cultural friendships and opportunities for collaborative research across borders, and inspired to impact positively our own neighborhoods, cities, and regions. 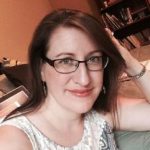 Anna Floerke Scheid is an Associate Professor of Theology at Duquesne University in Pittsburgh, PA.  She teaches and researches in the area of social ethics with particular attention to issues of violent conflict, nonviolent political resistance, and peace building, as well as racial justice and African theologies of inculturation.  She is the author of Just Revolution: A Christian Ethic of Political Resistance and Social Transformation (Lexington Books: 2015) and her essays and articles appear in Horizons, the Journal for the Society of Christian Ethics, the Journal of Moral Theology, and Teaching Theology and Religion.

2 thoughts on “Converging on Sarajevo: The Third International Conference of Catholic Theological Ethics in the World Church”