Besides its obvious legal effects, Supreme Court’s Dobbs vs. Jackson Women’s Health decision has exposed longstanding political and religious failures that legal abortion has not solved and abortion bans are likely to worsen. These failures deserve extended reflection of the kind normally found in this blog.  However, the theological ethicists whose work appears below have intentionally chosen to provide our initial reactions in short, provocative essays that we hope will catalyze new conversations about how to respond to them. We bring resources from different corners of the Catholic and theoretical landscape, write in a variety of authorial voices, and draw in distinctive ways on experience, a mainstay of feminist/womanist/mujerista/latina Catholic theology.  We do not mean them to be exhaustive; for instance, one might explicitly include reproductive justice and consistent ethic of life frameworks.  We also do not mean them to be fully developed arguments; they are quick takes intended to jump-start readers’ thinking by illuminating old questions from less familiar Catholic angles as well as raising new ones.

As Jessica Zucker arrived at the hospital, hemorrhaging and carrying fetal remains in a bag, “a blood clot the size of a boulder splattered across the floor. A nurse muttered that it looked like a ‘murder scene’.” The medical team needed to extract the placenta, and Jessica was able to get the dilation and curettage procedure that she needed. Zucker shared her story of grief and healing after pregnancy loss through social media and her book, I Had a Miscarriage: A Memoir, A Movement.

She received the care she needed. But imagine if Zucker had been suspected of criminal action. Could a bleeding woman today be reported to law enforcement under suspicion of fetal endangerment? The short answer is: Yes. In one recent case, Adora Perez spent four years in prison after being charged with murder for experiencing stillbirth.

The recent Dobbs decision by the U.S Supreme Court and the many new state regulations of abortion triggered by the overturning of Roe v. Wade fail to acknowledge the complexity of women’s reproductive health care needs. Especially worrisome are cases of medical management of miscarriage and their intersection with criminal law. This is just one slice of a complex fallout to the Supreme Court decision, but it is not insignificant: an estimated 26% of all pregnancies end in miscarriage. Catholic leaders should insist that all pregnant people seeking care for miscarriage in a hospital setting be treated as patients, not investigated as criminals.

Since a woman coming in to a hospital setting with complications from a self-managed medication abortion will present with the same symptoms as a woman experiencing a spontaneous abortion (miscarriage), and since blood work cannot detect abortion medications, health care providers will either have to speculate that the patient tried to abort, or will learn this from a patient who does not know that she does not need to share this information in order to get proper medical treatment. Medical providers have already expressed concern about their own legal liability, which is variable from state to state, as they discern whether and how to comply with any reporting mandates.

Michele Goodwin’s Policing the Womb demonstrates a growing body of evidence that racial biases contribute to significant disparities in who comes under the force of police scrutiny and control during and after pregnancy. Prosecutions overwhelmingly target poor women, seeing them as villains, not victims. Even before Dobbs, women who self-managed their abortions have been charged with fetal homicide, feticide, or neglect of a dependent.

Targeting those who are pregnant and poor hardly conforms to Catholic teachings on preferential concern for the vulnerable. Catholic bishops have put considerable time, money, and effort into demonstrating their support for overturning Roe v. Wade. But they have given very little attention to the complex realities pregnant people face, or to the emerging moral conflicts that we can expect to see in hospitals and pharmacies in the coming months. Bishops like to talk about a policy of “compassion, not condemnation,” but the enforcement of anti-abortion laws is certainly not rooted in compassion for vulnerable pregnant people     .

Asking nurses, doctors, and pharmacists to serve as eyes and ears of law enforcement will cause lasting damage to our health care system and will harm pregnant people at a time when they are already quite vulnerable, physically and emotionally. Now is the time for Catholics to push for legislation that protects all who suffer miscarriages and stillbirths and their doctors from prosecution.

Both the US Supreme Court and the Catholic Churchenter the controversy over the numbers of maternal deaths caused by complications due to elective abortive procedures. These statistics inform the recent overturning of Roe v. Wade in Dobbs v. Jackson Women’s Health Organization, which ruled that there is no right to elective abortion in the United States.

Current research reveals that Black women are three to four times more likely to die in childbirth as white women. High Black maternal mortality rates have persisted for centuries, from the time of African chattel slavery. As a teenager, my late paternal grandmother, born thirty-six years after the 1865 Emancipation Proclamation, shared with me that many pregnant women, including my great great great grandmothers and aunts, who were field hands, gave birth on the plantation field and died during or after childbirth.

I resonate with Saint John Paul II, in his 1995 papal encyclical The Gospel of Life, where he calls all of us to an inescapable responsibility of choosing to be unconditionally pro-life precisely because God calls us to respect, protect, love, and serve life, every human life.

As a former Labor and Delivery and Public Health Nurse, I contend that an unconditionally pro-life position, instead of a strictly pro-birth position, not only embraces the needs of early unborn human life in the uterus but also considers that a healthy pregnancy begins even before conception and continues with access to good prenatal care, along with early recognition and management of medical concerns to prevent high levels of Black maternal mortality. These medical concerns might include high rates of obesity, blood clots, hypertension, gestational diabetes, smoking, congenital issues, and even stress: these issues cause deaths from childbirth more often for Black mothers in the United States than for whites and other ethnic groups. Furthermore, institutionalized race, class, and gender oppressions create barriers to quality medical care as well as inadequate cultural competency training by health care providers.

There is a need to move from the traditional understanding of pro-life that claims that unborn human life is the most valuable and most vulnerable. That is a strictly pro-birth focus, ignoring the essential role that the health and well-being of mothers play prior to conception and after childbirth. This shift would prevent or mitigate high maternal mortalities in general and Black maternal mortalities in particular.

My half-century identity as a feminist arises from my social justice Catholicism.  When I was in college, my opposition to legal abortion did too.

From a Catholic social justice perspective, following Thomas Aquinas, just law supports the common good in a particular time and place.  Then, the day seemed about to dawn when the goods of women and the unborn would not be pitted against each other.

My own life signaled the universal change I thought was on the horizon. My highly educated, white, U.S. citizen parents steered me toward college, paid for most of it, and could have provided a safety net in case of real disaster.  After school, I could be confident of a decent salary, health insurance with contraception and obstetrical coverage, and other benefits. Even freedom from sexual coercion seemed within reach; the worst I’d experienced had been a manager who’d decided to measure the shocked female employees’ busts on a slow day.

In short, I assumed that I would never have forced sex or an unexpected pregnancy, and that even if I did, carrying and raising that child would never seriously compromise my ability to provide for them, myself, or children I already had.  In addition, coming from a community of enthusiastic adoptive Catholic families, I thought Americans could happily absorb the few unwanted children that slipped through any cracks an abortion ban would create.

Yet over 49 years of Roe the privileges I enjoyed never became rights guaranteed to all. The U.S. instead weakened social safety nets, declined to provide universal and comprehensive healthcare, allowed real wages to fall low enough to encourage subtle sexual coercion cloaked in the privacy of the bedroom, underfunded education and housing, and failed to create a system of affordable childcare.

This regression seems to confirm pro-life feminists’ belief that abortion is a cynical society’s lazy shortcut to ameliorating unwanted pregnancy’s unjust harm without taking on the more complicated task of enacting gender equality.

If so, why not ban abortion?

Unfortunately bans are no more pro-woman than legal abortion.  Most anti-abortion activists oppose universal healthcare, subsidized childcare, and living wage legislation.  Also, as Emily Reimer-Barry notes, bans are already leading to prosecution of women who suffer miscarriages (which end about a quarter of all pregnancies) and stillbirths (which end one of every 160 pregnancies). Shawnee Daniels-Sykes points out healthcare’s systemic failures of Black women; bans could increase the risk of Black maternal death beyond already unjustly high levels.  And unsafe abortions often kill women along with their fetuses.

In short, although safe and legal abortion offers women an escape from unwanted pregnancy, neither making abortion legal nor making it illegal addresses the conditions that create the desire for abortion in the first place.  Bans will worsen those conditions.

A resurrected Thomas Aquinas might argue that the U.S. common good demands a comprehensive, consistent suite of pro-woman, pro-child measures.  But he assumed a tidy monarchy, not a messy democracy in which a collection of inconsistent laws leaves gaps through which massive injustices pass.  In a democracy, a good law is one that makes this particular society, in this place and time, with its existing laws and institutions, just a little bit more just.

Promoting the comprehensive welfare of women and children is currently as impossible politically as legislating away the enduring human tendency to coercion, predation, exploitation, and error, not to mention plain finitude and bad luck. Perhaps—as part of a suite of laws and social practices that comprehensively supported women and children—banning abortion might be good law.  But in our current situation, it harms the common good more than it helps. 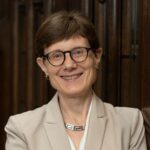 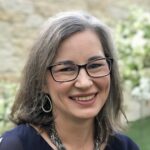 Shawnee Marie Daniels-Sykes is a Professor of Theology and Ethics at Mount Mary University, Milwaukee, Wisconsin. She earned her doctorate from Marquette University, Milwaukee, and is currently the only African American female Catholic bioethicist in the United States. Dr. Daniels-Sykes is also a Registered Nurse for the state of Wisconsin. A published author, in addition, she is a national and international speaker on topics related to beginning, middle, and end of life issues.

Emily Reimer-Barry, PhD, is Associate Professor in the Department of Theology and Religious Studies at the University of San Diego. She teaches courses in Catholic theological ethics. Recent publications are listed on her website: http://emilyreimerbarry.com/.