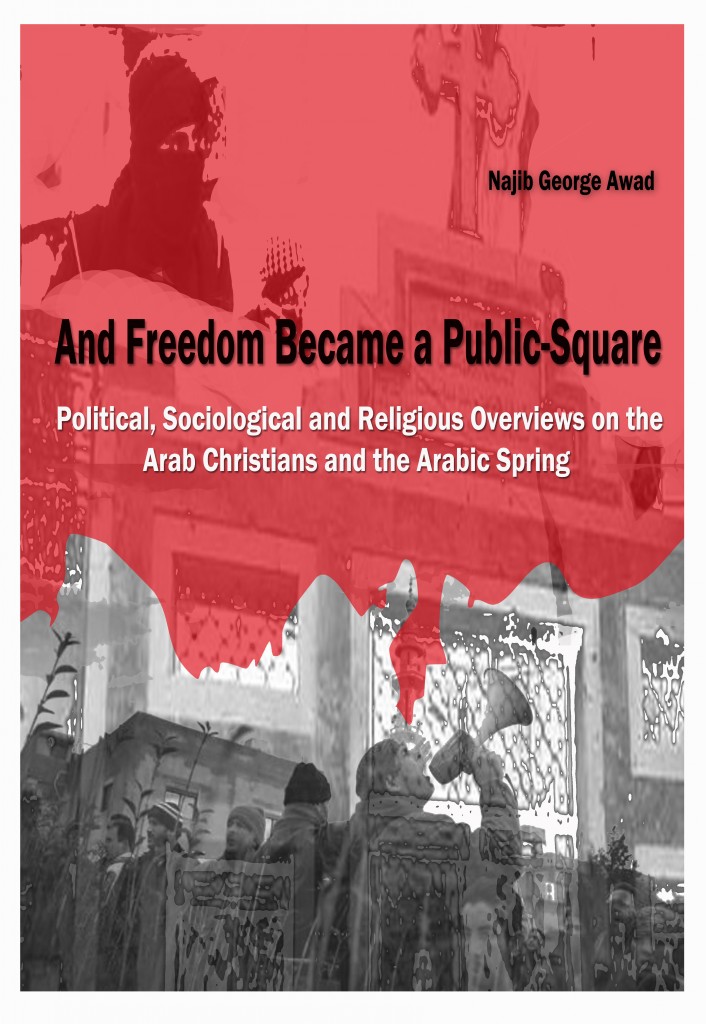 About two years ago, the Arab World was stricken by a series of radical and overwhelming revolutions that left on its context, and seems to be going to leave on the entire world, an impact that is as indelible, profound and pivotal. I was personally fully engulfed and deeply personally involved with these latest historical events in the Arab world, especially the uprising in Syria in, my homeland. During the past 15 months, and as the revolution was, and still is, well..in progress, I decided to write this book on that radical and massively influential change in the Arab world. I wanted to focus especially on the Arab Christians as an Arab minority in this part of the globe. I wanted to echo as much as I could the first symptoms and traces of their view of the changing situation, as well as conveying an objective depiction of their role in relation to the Arabic Spring and how they envision this role developing in the post-revolutions future. It goes without saying that I focus in my manuscript on my country’s, Syria’s, case. Yet, I also present points of view that are reflective of general Arabic Christian political, sociological and theological contextual interpretations of the event and their stance on it.

This book is an attempt at introducing the readers to some of the substantial components and pivotal ramifications of the latest revolutions in the Arab World, known as ‘the Arabic Spring’. It aims at offering a very fresh, timely and intellectual reading of the promising ‘Spring’ in Syria and in the rest of the ‘born-again’ Arab world.

The book is a three-part interdisciplinary study. The first part is on the uprisings in general. The second is on the Christians in the Arab world and their view of the uprisings, with primary attention to the case of Syria. While, the third part is an invitation for developing an Arabic contextual religious discourse out of the recent Arabic (deeply religious) world’s context and changes. What we have here is a book to be beneficial for both those who would like to have a general idea about what happened, and is still happening, in the Arab world, as well as those who would like to get some insightful and coherent understanding of why, how and on what presumptions the Arab Christians base their appraisal of, and stances on, the Arabic Spring.

Najib George Awad is a systematic theologian and poet from Syria. He is the Associate Professor of Christian Theology and Director of the PhD Programme in Hartford Seminary, Connecticut, USA. Some of his other publications are God, Man and Evil: a Theologico-Existential Study, (Damascus/Beirut, 2005) (Arabic); God without a Face? On the Personal Individuation of the Holy Spirit (Mohr Siebeck, 2001) (English), and Beyond Hierarchism: Trinitarian Theology, Postmodernity and Notions of ‘Personhood’ and ‘Relationality’ (Wipf & Stocks, 2013) (forthcoming).