Freedom shaped by love is not a passive sentimental response to the world’s violence. It is the key to seeing clearly and moving beyond it. It disarms, dismantles, and disappears.

1 For freedom Christ has set us free. Stand firm, therefore, and do not submit again to a yoke of slavery. … 13 For you were called to freedom, brothers and sisters; only do not use your freedom as an opportunity for self-indulgence, but through love become slaves to one another. 14 For the whole law is summed up in a single commandment, “You shall love your neighbor as yourself.” 15 If, however, you bite and devour one another, take care that you are not consumed by one another. 16 Live by the Spirit, I say, and do not gratify the desires of the flesh. 17 For what the flesh desires is opposed to the Spirit, and what the Spirit desires is opposed to the flesh; for these are opposed to each other, to prevent you from doing what you want. 18 But if you are led by the Spirit, you are not subject to the law. 19 Now the works of the flesh are obvious: fornication, impurity, licentiousness, 20 idolatry, sorcery, enmities, strife, jealousy, anger, quarrels, dissensions, factions, 21 envy, drunkenness, carousing, and things like these. I am warning you, as I warned you before: those who do such things will not inherit the kingdom of God. 22 By contrast, the fruit of the Spirit is love, joy, peace, patience, kindness, generosity, faithfulness, 23 gentleness, and self-control. There is no law against such things. 24 And those who belong to Christ Jesus have crucified the flesh with its passions and desires. 25 If we live by the Spirit, let us also be guided by the Spirit.

Galatians 5:1, 13–25 can provide a vision of freedom shaped by love. This type of freedom disappears, disarms, and dismantles.

Obviously, Paul’s letter to the Galatians was not addressed to the U.S., nor was his concept of freedom wholly compatible with modern U.S. notions. In some ways, Paul’s understanding of freedom was quite different from modern conceptions of “liberty” held by many U.S. citizens today. In Galatians, freedom is not an occasion for self-indulgence. Rather, freedom is to be used by members of the community to enslave themselves to one another through love.

Paul’s language of enslavement gestures towards one of the significant ways that Paul’s understanding of freedom parallels contemporary ones. He juxtaposes freedom against the inhumane, minoritized experiences of enslaved people. For Paul (and many U.S. citizens), true freedom presupposes unfree people to serve as a contrasting foil. Freedom that appears so construed is not ultimately shaped by love.

That is because freedom shaped by love disappears. This could seem counterintuitive and undesirable. Why would one want freedom to disappear? A better question is: “How does the idea of freedom contain and maintain the idea of enslavement?” As noted above, Paul cannot consider freedom without mentioning enslavement. Freedom for him and so many others cannot exist unless someone is indeed or imagined as unfree. To that end, freedom can only be a kernel of something even grander than itself.

The metaphor of fruit then becomes even more helpful. As the fruit perishes, its seeds remain and produce a new harvest bigger than themselves and larger than their forbearers. Here it is important to note that the Galatians are to produce Spirit’s fruit (karpos tou pneumatos). Since Spirit in this passage is closely linked to freedom, we can call what Spirit produces “freedom’s fruit.”

The new harvest represented by freedom’s fruit marks the beginning of some “thing” that cannot be contained in the term “freedom.” Freedom weighed down by unfreedom and enslavement can disappear and lead to a “thing” or a way of being that is rooted in love.

But at this point the “thing” has yet to be named. Until the “thing” beyond freedom gets a name, freedom’s fruit of love, joy, peace, patience, kindness, generosity, faithfulness, gentleness, and self-control (Gal 5:22–23) contain the seeds of the world that can be.

The world-changing potency of freedom’s fruit is evidenced by the statement that “against such there is no law” (Gal 5:23b). Perhaps what comes after freedom is difficult to articulate so that it can stay a step ahead of politicians who would wish to capitalize on it or lawmakers who would intend to legislate against it.

Also, the statement “against such there is no law” could insinuate that the world where freedom and enslavement have disappeared and where unfreedom has been annihilated is irresistible and imminent. No power, be it imperial, provincial, federal, gubernatorial, or municipal, can hinder it from manifesting.

Freedom’s fruit, or freedom shaped by love, is not a passive sentimental response to the world’s violence. It is the key to seeing it clearly and moving beyond it.

In the United States, many citizens celebrate freedom as a universal and even sacred virtue. Many of those celebratory frameworks are rooted in the nation’s founding documents that cluster liberty with life and the pursuit of happiness. Yet, in those very documents, the freedom discussed is limited, classed, racialized, and gendered. Such freedom is not holy.

An obvious example of the profane nature of many U.S. citizens’ notion of freedom is the current debate in the U.S. regarding the regulation of semi-automatic weapons. This debate has been sparked recently by news of military-grade weapons used both in the slaughter of African Americans at a grocery store in Buffalo, New York and in the massacre of elementary school children and teachers in Uvalde, Texas. The National Rifle Association (NRA) and its primary accomplice, the Republican Party, argue against gun regulation and cite freedom as their primary evidence.

This type of freedom is fueled by fear. That fear rests on an illusion that proliferating weapons makes the nation safer. This type of freedom depends on creating enemies, whether domestic or foreign, that legitimate the murder of other humans to maintain that freedom. This type of freedom demands for there to be people, real or imagined, who are not free. Such a freedom implies the hierarchization of humans with the freest at the apex and the unfree or enslaved at the nadir. Such understandings of freedom are harmful and dangerous, and they are not shaped by love.

Freedom shaped by love dismantles the carnal causes (ta erga tēs sarkos) that seek to divide maliciously. On the vice list in Gal 5:19–21, several of the items highlight the divisive nature of carnal causes. Take for example: quarrels, dissensions, and factions.

Carnal causes, for me, refer to divisions that operate to distract people from working together to end unfreedom, injustice, and exploitation. For example, using the massacre of children to separate people by their interpretation of a constitutional amendment written in the 18th century is a carnal cause that breeds harmful division.

On the other hand, coalition-building and opposition are not antagonistic to freedom shaped by love; they are essential to fostering and maintaining liberation. For example, freedom’s fruit could look like organizing people to oppose a state that is at best ambivalent about the safety of children at school. Such a freedom shaped by love dismantles carnal causes.

Carnal causes understand freedom as a limited prize to be hoarded, protected, and defended, but freedom’s fruit is not achieved by procuring arms or by giving “good guys” guns (even though U.S. Sen. Ted Cruz of Texas has claimed otherwise). Freedom shaped by love recognizes that there are no good guys with guns or other devices of domination. Instead, it dismantles the devices.

Freedom shaped by love imagines itself as abundant and intent on being given away until something even better appears. In this way, freedom should not be the goal, but it should be the horizon of love shining on a world that turns swords into plowshares, spears into pruning hooks, and guns into garbage (Isaiah 2:4). 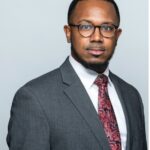 Jeremy L. Williams, Ph.D., Assistant Professor of New Testament at Brite Divinity School at TCU, Fort Worth, TX. He earned his Ph.D. from Harvard University with a dissertation entitled “Making Criminals: The Rhetoric of Criminality in Acts of the Apostles.” He received his M.Div. from Yale University and his undergraduate degree from Vanderbilt University. He is an ordained elder in the Christian Methodist Episcopal Church and has served as a lead pastor.