The Sabarimala judgment of the Indian Supreme Court has been widely celebrated in liberal-progressive circles for its inclusionary gesture of upholding the right of women to enter Hindu temples as public places of religious worship. But to make sex political, what we need is the discovery of a new language of sovereignty that defies and exceeds the identitarian logic of inclusion and exclusion

On September 28, 2018, the Supreme Court of India decided that it was illegal and unconstitutional to prohibit women of reproductive age from entering the Sabarimala temple at Pathanamthitta in the southern state of Kerala. Women were barred from entering the temple on the biological ground of menstruation, which rendered them ineligible to perform religious austerities and worship its presiding deity, Lord Ayyappa, who could rather be distracted by their presence as he was himself an ‘eternal celibate’. This custom, later codified into an executive rule in independent India, was declared by the Supreme Court to be discriminatory on the basis of sex, violative of individual freedom, and antithetical to India’s transformative constitutional project, wherein the state was mandated to undo millennial histories of caste injustice, and in particular, throw open Hindu religious institutions of a public character to all classes and sections of Hindus. The judgment was widely celebrated in liberal-progressive circles for its inclusionary gesture of upholding the women’s claim to the temple as a public space over the religious community’s prerogative to determine entry and exit criteria as the gatekeeper of tradition.

However, this issue remains far from settled, as the verdict was immediately met with a vehement conservative and cultural backlash, prompting the Court to admit a review petition for its reassessment. More importantly, it has also emerged as a central plank of electoral contestation in the fractious politics of Kerala today. Even as the ruling Left alliance and the opposition led by the Indian National Congress are both secular fronts, they have modulated their response to the judgment to suit electoral calculations. What has further escalated Sabarimala’s prominence is its political mobilization as a non-justiciable matter of faith and belief by the Hindu nationalist Bharatiya Janata Party (BJP), which with an absolute pan-India majority is still only a rising force in the state of Kerala.

Although this case has garnered a lot of attention, it is hardly exceptional and is rather indicative of an underlying tension between religion and social justice, one which is in turn sought to be sublated by the law through the mediating tropes of identity and recognition. In Sabarimala, the Court made the rival claims commensurable by construing them in terms of a clash for recognition between cultural and gender identities.. While the dissenting opinion gave primacy to the cultural autonomy of community practices, the majority of the judges ruled in favour of gender justice by deeming the prohibition of women from entering the temple to be an inessential practice of Hindu religion, and contrary to the normative principles of constitutional morality which were applicable not only in respect of the government but also the society at large.

Even if legal recognition of constitutional claims based on gender identity is crucial for a life of social belonging, it has paradoxically also entailed a thorough depoliticization of the woman question. Far from being a recent development, this depoliticization was historically produced by British colonial legality in India and bolstered further even in the anti-colonial movement for national sovereignty. It would not be entirely inaccurate to say that the chief alibi of colonial rule was the liberation of women from oppressive native customs through the force of modern law, as evidenced by a series of legislative interventions in the 19th century abolishing widow immolation, permitting widow remarriage and increasing the age of sexual consent. The nationalist response was to displace the liberal paternalism of colonial law with a new political theology of fraternal unity and self-sacrifice. Although such a male-centric anti-legal politics of sovereignty did ascribe agency to the woman, it could only apprehend her either as an unsexed brotherly figure or a feminine embodiment of cultural authenticity. In other words, the identitarian inclusion of women under law and sovereignty foreclosed the very question of female subjectivity itself.

In spite of marking a decisive break from the colonial past, postcolonial India has persisted in treating the woman question essentially as a matter of legal redress. A strictly juridical framing of the gender issue has meant that women’s autonomy is pursued only through reformist amendments in religion-based family laws and criminal laws on sexual offences. These legislative reforms are no doubt prompted and even outpaced by the thriving social activism of feminist movements. However, the mutual corelationality of gender and law has simultaneously also resulted in the marginalization of women as a political constituency. Surely, unlike the West which witnessed prolonged suffragette movements, women in India obtained their right to vote at the founding moment of mass democracy itself. Yet, the universality of franchise has not been enough to forge women into a separate national vote bank which could be appealed to for the generation of political power.

This sidelining of gender is in sharp contrast to the centrality that the caste question enjoys in Indian politics. Notwithstanding its usual association with a social justice problematic, what has made caste politically potent is its inextricable entwinement with the theological sovereignty of Brahminical Hinduism. Therefore, the civil resistance around temple entry was crucial for untouchable Dalits to stake a claim to the Hindu order of sovereignty from which they had hitherto been debarred. Acknowledging the significance of this movement, the Constitution of India not only abolished and penalized untouchability, but also provided for the throwing open of Hindu temples as public places of worship in its Fundamental Rights chapter. Consequently, laws were enacted by individual states to give effect to the temple entry clause of the Constitution. Ironically enough, the particular rule challenged in the Sabarimala case was framed under one such law, allowing Dalits to enter the temple while at the same time denying women this very right in the name of custom and usage.

No wonder then, that one of the liberal judges deciding the matter drew a striking analogy between gender and caste, and equated the prohibition of temple entry on the grounds of menstruation with the now abolished practice of untouchability. This reasoning has been widely applauded in the reportage and commentary welcoming the judgment, and is also in line with the current global trend of connecting race and other forms of social exclusion with caste. But whatever purchase it may have in developing an anti-exclusionary jurisprudence in discrimination law, the identification of menstruation with untouchability relies upon an attenuated understanding of caste, and further occludes the hidden potential of sex as a question of political sovereignty.

The stigma attached to menstruation has been analogized in the judgement with untouchability as commensurable logics of social ostracism, anchored in the notion of purity and pollution. This comparison however fails to appreciate that while the rubric of purity-pollution alludes to a temporary lapse which can be rectified by ritual ablution and penalty, untouchability is a permanent state of being that admits no possibility of redemption from within the caste order whatsoever. It is precisely for this reason that the civil demand of temple entry was deemed inadequate by untouchable Dalits, a vast number of whom under the leadership of BR Ambedkar finally abandoned Hinduism and embraced Buddhism as a more radical political theology of emancipation. Of course, the contention is not that the freedom for marginalized groups like untouchables and women can be found only through religious conversion.  Instead, it lies in the discovery of a new language of sovereignty that defies and exceeds the identitarian logic of inclusion and exclusion within a given order.

Despite its enormous legal competence and authority, the sovereign order of the Indian state is not fully closed, but remains open to be appropriated by competing social actors and institutions alike. Just as, after enduring several decades of state-intervention, the temple has re-emerged in recent times as a site of sovereignty, especially with the political ascendency of Hindu nationalism. The very explosion of BJP as the strongest political force in India is premised on the demolition of a 16th century mosque in Ayodhya and the demand for constructing in its place a temple dedicated to Lord Rama who was supposedly born there. As it stands today, not only has this claim received legal imprimatur from the Supreme Court, but the foundation stone for the new temple has also been laid in a grand elaborate ceremony by the Prime Minister himself. However, if Ayodhya marks the triumph of an expansionist religious nationalism, the temple entry case of Sabarimala signifies its impossible completion.

Sabarimala can best be read as a portal to understand sex not merely as a pre-political category of nature and biology on the one hand, and culture and domesticity on the other, but more primordially as constitutive of political sovereignty itself. What is overlooked in the focus on the physiological aspect of menstruation is the absolute centrality of Ayyappa’s status as an eternal celibate. After all, it is around the aspirational ideal of ascetic celibacy that the sovereign subject has been imagined in modern Indian political thought. Typically, this subjectivity is associated with the stoic renunciant male figure primed for a self-sacrificial fraternal politics. Although such a desireless figure of political action was of course fashioned in opposition to the capitalist and consumerist foundations of the colonial rule, it has also resulted in subordinating the woman question to the prerogatives of a masculine sovereignty. Hence, when women are banned from entering Sabarimala, it is not merely based on their alleged impurity but rather because they threaten to jeopardize and disrupt Ayyappa’s full sovereign enjoyment of his own celibacy. 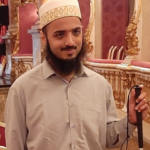 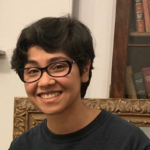 By Moiz Tundawala & Salmoli Choudhuri
Moiz Tundawala is an Associate Professor of Law at Jindal Global Law School in Delhi NCR, India. He completed his doctoral work on Constituent Power in Indian legal and political thought at the London School of Economics and Political Science in 2019.
Salmoli Choudhuri is a doctoral candidate at the University of Cambridge working towards a thesis on self, love and creative freedom in the political thought of Rabindranath Tagore.