I aim to open a new space in the study of both secularism and the Anthropocene, of religion and climate change. Further, I aim to create a philosophical bridge between influential currents in anthropology and the humanities. I build this bridge through the critique of Orientalism and the anthropology of secularism and Islam, respectively founded by Edward Said and Talal Asad, on one hand, and the literature on the Anthropocene influenced by scholars such as Donna Haraway and Bruno Latour, on the other.

I argue that secularization should be re-conceptualized not only as an imperial and racial but also as an ecological set of processes.

My perspective stems from a philosophical engagement with both the project and the concept of secularization. It therefore presupposes a critical understanding of what has been called ‘the secular’ as a name given to the result of the destruction of nature: the transformation of the earth itself by industrial and colonial powers. I propose an alternative definition of secularization, secularism, and secularity. As I argue fully in my first book, Des empires sous la terre, the Anthropocene is an outcome of secularization understood as a set of processes engendered by the imperial relations of power between Europe and the rest of the world.

What is secularization? Neither a supposed decline of religion nor a simple continuation of Christianity by other means, secularization should be seen as a transformation of the earth itself by virtue of its connection with fossil empires and capitalism.

In other words, before it can be seen as a process, secularization should be approached as an order which articulates philosophy and politics, discourse and practices throughout the 19th century in Western Europe. Secularization is the order which claims that the other-worldliness of religion and the divine must be abolished by virtue of its realization in this world. The first instance of this demand is Hegel’s absolute knowledge and his interpretation of the French Revolution as the realization of heaven on earth. The so-called ‘end of history’ is indeed the accomplishment of a secularizing process by which the divine becomes the institution of freedom through the modern state.

The first way in which secularization manifests its reality is discursive. As a discourse, it asserts that the modern West must be and therefore is Christianity itself, Christianity as the secular. Before it can become an analytical concept, the concept of secularization formulates a demand: Christianity and religions realize heaven and all forms of transcendence in this world.

How did secularization lead to climate change, one might ask? By authorizing the extraction of coal through expropriating lands that belonged to the Church, and dismissing the reality of demons in the underground as superstitious, secularization allowed fossil industrialism to transform the planet. For this reason, secularization should be seen as a crucial aspect of what Marx calls the primitive accumulation of capital: an extra-economic process of expropriation structured by state violence deploying itself through racial, gender, class, and religious hierarchies.

While genealogy authorizes us to think about the categories of religion and secularity critically, it should be integrated within a larger perspective if we are to rethink secularization by constructing an alternative narrative of its deployment beyond the tropes of religion’s decline. A post-genealogical philosophy of history is a theory, not of progress, but of how the earth has been transformed through imperial and capitalist processes of globalization. The very existence of climate change invites us to think past Foucault’s legacies in postcolonial thought. Beyond genealogy, the hypothesis of the Anthropocene – or of the Secularocene for that matter – might require that we integrate genealogical inquiries into a radically new form of philosophical history. After the genealogy of religion and the secular, a philosophy of global history might help us understand imperial secularization as the birth of the Anthropocene. 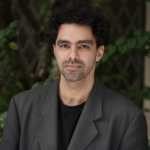 Mohamad Amer Meziane holds a PhD from the University of Paris 1 Panthéon-Sorbonne. He is currently a Postdoctoral Research Fellow and Lecturer at Columbia University. He is affiliated to the Institute of Religion Culture and Public Life, the Institute of African Studies and the Department of Religion.