Ted Smith delivers an unprecedented thesis about Brown’s violent assault on slaveholders as the human side of a “divine violence.” From beyond the limits of any earthly system of political justice and social ethics, this is a divine judgment against the validity of an entire system of political ethics. Addressed, for one, to American ethicists today — both those who teach and study in the university and those who voice their ethical judgments on street corners, in churches, and across the Sunday dinner table — Smith’s words, while gently spoken, deliver their own report of divine judgment.

In conjunction with Marginalia (part of the LA Review of Books), Political Theology Today has organized a symposium on Ted Smith’s extraordinary new book Weird John Brown: Divine Violence and the Limits of Ethics. This is the third post in our six-part series, which includes responses from E. Brooks Holifield, William T. Cavanaugh, Peter Ochs, Keri Day, and Andrew Murphy, and a response to the responses from Ted Smith. 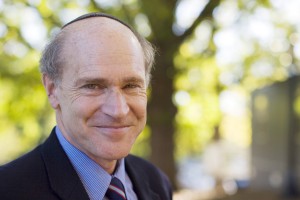 Ted Smith delivers an unprecedented thesis about Brown’s violent assault on slaveholders as the human side of a “divine violence.”  From beyond the limits of any earthly system of political justice and social ethics, this is a divine judgment against the validity of an entire system of political ethics. Addressed, for one, to American ethicists today — both those who teach and study in the university and those who voice their ethical judgments on street corners, in churches, and across the Sunday dinner table — Smith’s words, while gently spoken, deliver their own report of divine judgment. Smith judges the complacency of today’s ethicists who can no longer imagine ethical standards that might at times challenge those defined by the reigning social order, and by the guild in the reigning political system.

This is the stuff of sophisticated yet readable social, political, religious, and ethical thinking—new thinking. But Smith writes with noteworthy literary craft, delivering his thesis through a highly readable prose, composed for a broad academic audience as well as for well-educated laypersons with interests in American political ethics and social justice, American religious history, the Civil War, Lincoln, or the ethics and politics of slavery. He begins with a page-turner: a compelling narrative about John Brown’s life that opens the reader’s eyes and imagination to the multi-layered argument that follows.

By the middle chapters, we hear that Smith has Obama, current political ethics, and the academy on his mind. We see him read the lesson of Brown as a lesson about the limits of law and social ethics themselves, including the law that separates church and state. But Smith stays close to the narrative of Brown, drawing on it repeatedly in response to each level of his query into the heart of America’s system of political and social justice. Brown’s divine violence challenges each level of the system. Smith makes a dramatic turn in the middle of the book, drawing comparisons between Brown and Carl Schmitt, whose political theology also questioned the limits of democratic law, in this case in favor of what became Nazism. But Smith argues that Brown’s divine violence avoids Schmitt’s romantic totalitarianism. Guided by the political philosophy of Walter Benjamin, Smith draws a concluding distinction between divine violence and mythic violence: the former remains independent of any concrete institutions of human power, while the latter is defined explicitly by some social group in the interests of its own politics and power.

In his concluding chapters, Smith tests his ethics and beyond-ethics against the words of a series of great commentators: Geuss, Adorno, Stowe, Niebuhr, Dubois, and several others who come onto the stage of his book like narrators who test the audience’s sense of the plot. In the process, we learn again of Smith’s concern about the American polity today, the American soul, and the future of the church, whether as witness to mere convention or to a voice that at times thunders and overturns.

To pursue just one of the many implications of Smith’s argument, we have reason to be angry about the guild-obsessed conventionalism that governs much contemporary inquiry in the humanities, ethics included—and, through the guild, what we might dub modern-Western-obsessed conventionalism as well. In both cases, call it the sweet colonialism of an intellectual elite—“sweet,” because it is the discourse of gentle academics who tend to believe their work is explicitly dedicated to the good; “colonialism,” because there is a universalizing and self-justifying epistemology and ethic subtly at work that insulates the resulting inquiry from the more radical critique implicit in Smith’s account. He offers not a totalizing critique that knows before the fact what any given academic inquiry ought to be doing but one sensitive to those occasions of loss and disorder that call conventional rules and assumptions of inquiry into question and in the face of which conventional inquiry is inappropriate and unwarranted.

Thus Smith writes that “such weird violence—like what Walter Benjamin calls ‘divine violence’—is both above and below what ethics as it is usually practiced today can consider. When the old standards are destroyed and new ones are not yet established, it is not clear how any kind of ethical evaluation can be offered.” Classic American pragmatism sought a strategy for operating without utter panic in that space of darkness, between destruction and hoped-for renewal. For classic pragmatism, the first strategic step is not cognitive but relational and performative: to locate who else shares this space before even considering what it would mean to locate meaning (“light”) within it. This is to discover what kind of community of inquiry could be reformed and, thus, what forms of relationship and remnants of tradition, discourse, and habit were yet at hand: and, thus, what context and manner of trust and faith and hope were possible. Only with respect to these conditions would it be possible to discern ideals of action—the work of what Charles Peirce called “practics.”

In his recent book, The Future of Ethics, Willis Jenkins adopts something like this pragmatic strategy for re-launching an ethics of sustainability and social justice in the face of our civilization’s (and academy’s) utter failure to address climate change in any adequate way:

Practical action, in this strategy, does not await the outcome of interpretation; it is itself a site of interpretive production. Rather than supposing that the most important moral resources of a religious tradition are the symbols and metaphors that an ethicist might use to illuminate general conditions of human life, or to criticize the roots of the cultural ethos, the pragmatic strategy supposes that its most portable resources are the tactics generated by communities using their traditions to confront new problems. Those tactics cultivate opportunities for moral agency to bear responsibility for unprecedented problems, and thereby permit moral agents to sustain the meaning of life carried on by the tradition of faith.

Resourcing scriptural traditions is one illustration of how some actors may recover conditions for ethical inquiry of this kind, particularly because these traditions tend to supply an irresistible imperative to repair and a creative freedom that serves as an agent of repair. Jenkins notes how, in Living for the Future,

[Rachel] Muers turns to worship as a practice that nurtures agents into responsibility for the future by interrupting the relationships through which we sacrifice the future. . . . Practicing the love of God in worship allows agents to imagine and participate in God’s judgment on a way of life that make such sacrifices to itself. Preparation for an eschatological future does not then, as [Hans] Jonas fears of religious ethics, diminish intergenerational responsibility; it opens freedom for the future.

The pragmatic strategy opens freedom for the future, because the traditions it re-members (in that space of darkness) become both agents and objects of reparative work:

Weird John Brown as pragmatist?  More reasonably put: Smith himself represents what Jenkins calls a “theocentric pragmatist.” In the space of darkness, purportedly universal models become empty sets: unless and until they are re-embodied as finite records of how some humans in some contexts of inquiry sought to do service to the One who creates all universes. In Smith’s words,

Delivered of the pretense of being all-in-all, aware of itself as a practical reason for the time between the times, an ethics of immanent obligation can return to offer guidance for everyday choices. With the statement of this hope another of the book’s deepest affinities becomes clear. (p. 12)