There is much to be enthusiastic about in political theologies emerging out of academic circles in Africa today. Many political theologies in Africa, for example, provide vibrant intellectual resources for non-competitive understandings of human community that embrace interdependence between human beings and our interdependence with creation. Many are positively reshaping political discourse in the direction of social justice, harnessing prophetic understandings of religious authority that challenge repression and degradation. On the other hand, the lived political theologies in Africa today are study in contrasts. Themes like human interdependence and harnessing a prophetic voice certainly have their strong advocates, with many religious leaders putting their lives on the line to challenge political repression in African nation-states. Yet many religious communities—including some of the fastest growing churches—actively promote unjust politics. Rather than orienting themselves around social justice, many Christian leaders align themselves with unscrupulous politicians, seeking political favor and wealth at the expense of ordinary people. Political theologies in Africa span these differences and more.

African theological scholarship in general, then, and African political theology (APT) in particular, have been in search of identity, of both method and rationale. A quick inventory of the various theological articulations in reference to Africa would reveal a diversity of disciplinary orientations, thematic proposals, and normative visions. Since emerging as distinct modes of discourse, the idioms of indigenization/inculturation, liberation, and later, reconstruction have long enjoyed intellectual deference in setting the agendas for theological reflections on the various strands of religious options, especially Christian, and their impacts on human lives in Africa. Although the full gains of these paradigms of theological engagement are still unfolding across the broad spectrum of African ecclesial communities and beyond, their perceived limitations have opened up avenues for a comprehensive rethinking of theology, supplementing its interpretive thrust with a principle of critique intentionally directed at social practices and the varied political configurations that harbor and legitimize them. It is this mantle of critical endeavor that APT has assumed which, within its short span, has already generated vigorous debates about issues pertaining to the contours, sources, objects, hazards, and evaluative criteria of theological attention to social and political practices.

To bring some clarity and coherence to this debate, the Africana Studies Program of Villanova University provided the technical and financial support that enabled us to organize a two-day virtual workshop (March 25-26, 2021), featuring 14 scholars with diverse disciplinary interests and competencies in African theologies and African religious studies, broadly construed. The workshop did not disappoint, not because a consensus was achieved on any of the questions the scholars engaged—about approaches, classifications, canons, regional variations, global influences, and multi-disciplinary considerations—but because of how the issues and themes that emerged caution against any simplistic characterizations of APT. They worked largely from their own Christian tradition, speaking on Christian matters, while also recognizing that a conversation from an interfaith perspective would provide its own broader insights about political theologies in Africa.

First, given the self-constitution of APT, it was not surprising that a major conceptual behemoth is how to understand the “political” in APT, a definitional question that is necessarily prior to the more normative task of theoretical appraisal and practical reorientation. While some scholars have conceived the political as being coextensive with the nation-state, others warned of how such an undue attention might inadvertently bolster and harden an institution with natural tendencies to overreach in the exercise of power and the monopolization of its material perquisites. A generation ago, Christian political theology in Africa was dominated by a church-state paradigm, as analysists saw politics largely in terms of the nation-state and assessed how churches interacted with relatively new African states. While analyses of states remain vital to political theologies in Africa, studies of politics have stretched well beyond the state by recognizing the multiplicity of political associations that emerge out of everyday life. A more appropriate focus then, it is argued, should be on political subjectivities whose bodies are riddled with the scars of the misgovernance of nation-states in both their colonial and postcolonial incarnations. These are the “body politic” in both descriptive and normative senses. For some, telling Africa’s own stories means decentering the state as a focus of scholarly interest in favor of studying the politics of smaller communities that show a more hopeful politics than repressive states harming their own people and extracting wealth. For others, however, talking about politics in a thoroughgoing sense should involve studying the state. In this perspective, religious communities can and should shape public conversations about what constitutes a just state, and scholars should study how religious communities and states shape each another.

The manner of this conversation indicates another aspect of methodology, that is, a focus upon harnessing a multiplicity of voices. African political theologies exhibit a non-binary approach in which such differing perspectives on the state need not be competitive. Each offers its own insight and a fulsome political theology involves both. In general, African political theology reflects the interdisciplinary nature of African studies. Africanists are schooled to be interdisciplinary thinkers, for our own education crosses theology, religious studies, history, anthropology, economics, and much more. Such dialogues offer new conversation partners for political theology more widely—a field often dominated by disciplines of political theory and political science. Similarly, scholars generally shared a ground-up approach to political theology, one that begins with ordinary struggles of human experience in Africa and theologizes within this struggle, not separate from it. The scholars are also open to multiple sources grounding their understanding of politics, rather than deferring to singular normative approaches. The scholars shared a comfort with plurality—itself a rather African virtue. Holding pluralities of moral sources can itself be a decolonial strategy, as it resists a singular narrative that dominates others.

Indigeneity also proves one of the vital themes permeating African political theologies. Indigenous African traditions have always been vital to African political theology, and African theology more widely. These traditions have shaped Christian political theologies for centuries, whether in ubuntu theology’s focus on human beings as mutually constitutive of one another or in African theologies that recognize the importance of holding sacred reverence for God’s created order. The classical academic divisions drawing lines between three major religious traditions in Africa—Christianity, Islam, and African indigenous religions—has at times overlooked ways that these traditions have mutually informed one another across their histories. The story of Christian political theology in Africa is not simply a story of Christianity entering as an external entity. Rather, Christianity has been African from their very beginnings on the continent. “Theology is always indigenous,” Kwame Bediako reminds us. Recognizing ways that African traditions have infused Christianity thus builds a new narrative for Africa, one in which Africa tells its own stories. Celebrating indigeneity furthermore provides opportunities to shift narratives away from stereotypes of violence and patriarchy toward recognizing the multiplicity of voices in African Christianity. African religious (Christian) traditions can not only mount powerful critiques against the prevailing practices of politics, by both state agents and their lackeys in the broader society, but also articulate normative visions for improving qualities of life for African teeming populations.

In a related matter, another issue is how APT should engage the continent’s social context of cultural and religious pluralism, and the kind of ethical sensitivities this context should elicit regarding the appropriate constitutional template for religion-state relations. While the first part of this dilemma requires APT to deflect the charge that it is an exclusively Christian project, the second part calls for a robust response to the contention that APT has the potential to corrupt state secularity and neutrality that are prerequisites for fairness and impartiality in pluralistic contexts. The workshop participants acknowledged that APT cannot effectively address either aspect of this dilemma without drawing on the insights of other disciplines and the comparative experiences of other societies, especially the Westphalia system against which the African project has been fashionably and routinely defined.

Across these conversations, the scholars shared an ambivalence about our own tradition of Christianity. While the scholars who gathered shared an orientation toward social justice in their own political theologies, they recognized that many African political theologies harm people rather than lift them up. Some Christians continue to denigrate Africa’s own religious traditions, seeing their conversion to Christianity as a refusal of indigenous spirituality. Degrading indigenous practices becomes part of their understanding of Christianity itself. Many exploit Christianity to gain wealth through forms of capitalism that extract Africa’s resources and offer little to nothing in return. Africanists’ ground-up methodology means that scholars who work in political theology cannot ignore these more troubling political theologies, but rather have to incorporate analyses of them into their own work. Given the competing political theologies in Africa today it is all the more important that Africanists employ their scholarship for wider audiences than the academy, that theologians who emphasize the role of justice in Christianity should strive to shape ordinary everyday Christian practice and belief. To make APT more responsive to and reflective of the conditions beyond the ivory towers, workshop participants offered various suggestions, including decolonizing religious and political terrains, improvising with local resources, taking seriously without fetishizing newer expressions of Christian faith (especially Pentecostals) as well as AICs, and being cognizant of the ways in which the exercise and assertions of power impinge on gender, class, and ethnic relations.

We are planning a follow-up to this workshop in the summer of 2022 and the papers presented there will be revised for publication in an edited volume that will be part of a new Routledge series on “Transforming Political Theologies.” 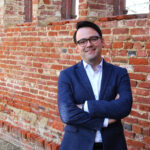 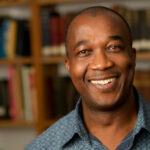 Ross Kane is Assistant Professor of Theology, Ethics, and Culture at Virginia Theological Seminary, where he also directs their doctoral programs. He is the author of Syncretism and Christian Tradition (Oxford, 2020).

Simeon Ilesanmi is Washington M. Wingate Professor of Religious Studies at Wake Forest University. He most recently edited The Rule of Law and the Rule of God (Palgrave, 2014).