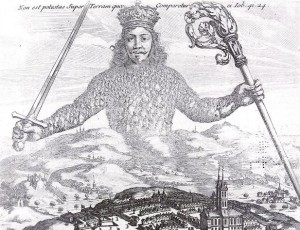 Thanks again to Brad Littlejohn for his clarifications, and for the opportunity to further clarify my own thoughts.  It is always helpful to get this kind of feedback, to see where my readers and I agree and disagree, and where I have simply failed to explain myself adequately.

Let me start again with Pinker’s book and work my way to my own argument.  In his latest post, Littlejohn wants to distance himself from Pinker, rejecting Pinker’s “triumphalist progressivism” but contending that Pinker “does have a point.  We have an awful lot to be thankful for.”  But if one removes Pinker’s “baldly propagandistic project, which certainly leads him to distort and selectively cite facts and figures,” one is still left with lousy research and faulty conclusions.  If the only point Littlejohn wants to extract from Pinker’s book is that “We have an awful lot to be thankful for,” I cannot help but agree, but I fail to see how Pinker’s book is of more use here than a Hallmark greeting card.

It is of course true that the murder rate in Europe plummeted from the medieval to the modern eras; this point can be confirmed by Muchembled and the other books Littlejohn mentions.  But Muchembled also argues that murderous energies were diverted to war, and Littlejohn is simply wrong to deny that war deaths increased dramatically from the 15th to the 17th century.  Frank Tallett, for example (War and Society in Early Modern Europe), has documented a ten- to twelve-fold increase in men under arms in the 16th and 17th centuries, men engaged in wars that were more frequent, longer (e.g., the 30 Years’ and 80 Years’ Wars), more lethal (because of new firearms), and more devastating to civilian populations.  Tallett writes “By any reckoning the early-modern period was a remarkably bellicose age,” and observes that the 17th century was only outstripped in this regard by the 20th.  The enormous expansion of war in the early modern period was, furthermore, made possible by the successful centralization of the state.

None of this is to deny that the Middle Ages were plenty violent.  When I write that territorial states “created” new modalities of violence, I certainly do not imply that there was a kind of pristine medieval harmony that the state destroyed.  As Littlejohn writes about my argument, “Of course he does not mean to say that violence was not a problem before the state made it into one.”  Of course.  But if this is true, then I cannot see why I stand accused of concocting a Fall narrative to mark the transition from medieval to modern.

Littlejohn is right to say that there is only one valid Fall narrative a Christian ought to accept: the biblical one.  Violence is indeed due to sin.  But in every era, sin takes many different guises, and we are required to name them with as much accuracy as we can muster.  In the medieval era, sin took the forms of class divisions, honor killings, segregation and persecution of Jews, and more.  In the modern era, sin takes other forms, including national pride and mass slaughter in war.  Of course we should avoid making generalizations about “religion” or “political loyalty” as such.  To examine the dynamics of modern nation-states and name their dangers, as specifically as possible, is especially important because of the triumphalist narratives we are so often told about our salvation from violence.

Brad Littlejohn agrees with my critiques of such narratives, but feels that I tend toward romanticization of the medieval era that preceded our own.  I don’t think I do.  What I try to do is to point to certain good aspects of medieval society—the relative autonomy of local forms of community and the way in which Christian ideals were taken seriously in public life—and suggest that Christians and others can still learn from these experiences to counter some of the harmful effects of over-centralization and militant secularism in our present society.  To appreciate certain aspects of medieval society is not to want to return to medieval society or to endorse it as a whole.  It is rather to fuel our imagination in the present, to suggest that the way things are is not the only way things can be, and to suggest in particular that the Church—if it really is the Body of Christ—has something important to contribute to the well-being of the world and the overcoming of sin and violence.

I have been rightly criticized for failing to emphasize that Church and nation-state are not mutually exclusive.  Western nation-states were built by Christians; they are not “them,” but “us.”  Furthermore, Littlejohn is right that there is an awful lot to be thankful for in the modern era.  There is much less chaos, and an Augustinian like me can appreciate that.  The question is not whether or not the medieval or the modern are good or bad.  The real question is, What do we do now?  While acknowledging the gains in stability from which some of us benefit, it seems to me that the main problem we face in the era of NSA surveillance and drones raining death from the skies is decidedly not a lack of gratitude for the state’s drive to create order.

One thought on “On Being Thankful: A Rejoinder to Brad Littlejohn’s Rejoinder”