Normative distinctions between “honest” and “hijacked” Christianity are a recurrent reference in research on populism. Yet the practices in which Christianity is embedded and embodied paint a more complicated picture. By re-drawing the distinction between the “honest” and the “hijacked,” these practices enable critiques of the anti-Muslim racism that runs through populist politics.

It is not that long ago that the Norwegian organization Human Rights Service—a misnomer if there ever was one—appealed to the population to take pictures of Muslims in traditional clothes to “document the on-going cultural revolution” in Norway. This appeal characterizes a concern with the purity of the people crucial to populist politics. As Farid Hafez, founding editor of the European Islamophobia Report, argues, the anti-Muslim racism that runs through such appeals has nothing to do with Muslims. No matter what they do or what they do not do, Muslims will not be able to change the picture propagated by anti-Muslim racism, because this picture is made up, even if it captures Muslims in traditional clothing.

When we were invited to write about our new volumes The Spirit of Populism: Political Theologies in Polarized Times, co-edited with Joshua Ralston, andPopulisme og kristendom, co-edited with Kristin Graff-Kallevåg and Sven Thore Kloster, we decided to concentrate on Christianity. While our compilations cover a spectrum of cases and countries in European and American contexts, the two of us (full disclosure: we are both Christian theologians) would like to take these publications as a point of departure to highlight the competing configurations of Christianity in populist politics.

Normative distinctions between “honest” and “hijacked” Christianity are a recurrent reference in research on populism. Yet the practices in which Christianity is embedded and embodied paint a more complicated picture. By re-drawing the distinction between “honest” and the “hijacked,” these practices enable critiques of the anti-Muslim racism that runs through populist politics.

In her recent article, “The Muslim Stranger,” Jocelyne Cesari argues that “the presence of Muslims challenges the symbolic boundaries of national communities” (896). According to Cesari, Muslims are simultaneously seen as “internal” and as “external” enemies of the people (897). Revolving around the purity of the people, the contrast between “people” and “non-people” is crucial to populism. Among left-wing populists, the “non-people” are often associated with the elite other, while among right-wing populists, the non-people are often associated with the ethnic other. “The people,” then, is a slippery category. “Populism” has a wide variety of meanings. Rogers Brubaker accounts for the polysemy of “the people” by conceptualizing populism as a “repertoire” (360), a concept that runs through both of our volumes.

Perhaps it is not too much of a simplification to say that a crucial role that religion plays in the repertoire of populist politics is the production of insider/outsider dichotomies: one religion marking and thus making the people who are pictured as belonging, and one religion marking and thus making the non-people who are not pictured as belonging to “the people.” This approach is nothing new as Anya Topolski’s analysis of the “race-religion constellation” (72) in Europe demonstrates. Yet when European right-wing populists claim to defend Christianity, they simultaneously construct and cash in on a clash between what they consider to be “the Christian” and “the non-Christian,” by which most of them mean Muslims.

In this clash, Christianity is mobilized and multiplied. To list a few examples that are examined in our volumes: After the Norwegian government-owned public broadcasting company asked its anchor not to wear a cross while presenting the news, it was inundated with complaints. Analyzing these complaints, Kristin Graff-Kallevåg shows how Christianity is identified as a national, cultural, and individual marker. While populists portray themselves as marginalized silent majorities, claims to Christianity have been marshalled by both those without and those with access to political power, as in the “incumbent populism” of Vladimir Putin that Vebjørn L. Horsfjord analyzes (204). In France, populist politicians fuse laïcité with Catholicism, thus creating what Ingeborg Misje Bergem, following Jean Beaubérot, characterizes as a “catho-laïc” Christianity in combat with Islam (265).

Crucially, the concept of populism runs the risk of camouflaging what is going on. As Thomas Lynch suggests, chiding populists for their “bad manners” (42)—which is even less imaginative than ridiculing them for their looks, such as the unruly haircuts of presidents and prime ministers—covers up the anti-Muslim racism that runs through a lot of populist politics. It does not matter that much in which register this racism is propagated. “Shifting from the problem of populist style to the political struggle against racism,” Lynch concludes, “means revisiting tactics,” including political protest (55). Racism needs to be named for political protest to gain momentum.

The fact that populist claims to Christianity are “thin” rather than “thick” is crucial to the logic of anti-Muslim racism. Accounts that refer to them as a “hijacking”—a metaphor that can be traced back to George W. Bush’s statements on Islam after the attacks of 9/11—seem too nice and too neat to convince. It takes a normative account of the identity of Christianity to distinguish an authentic, “honest” Christianity, on the one hand, from an inauthentic, “hijacked” Christianity, on the other. What criteria are applied to draw such a distinction?

While Brubaker aims to avoid normativity in his conceptualization of populism as a “repertoire,” the distinction he draws between “Christianity” and “Christianism” smuggles a normative account of Christianity into his studies: there is the substantial Christian believing, on the one hand, and the shallow Christianist belonging, on the other hand, a superficial instrumentalization of the faith for a populist political agenda. Brubaker’s distinction resonates with what Elizabeth Shakman Hurd convincingly criticizes as “the two faces of faith” paradigm, “a discourse that shapes the contemporary global governance of religious diversity” (22).

Just like the metaphor of the hijacking, such dichotomous accounts of Christianity appear neutral but are normative. Normativity itself is not the issue here. Yet dismissing the populist claims to Christianity through normative accounts will not do the trick. On the contrary, it is crucial to analyze and assess the configurations of Christianity in the production and re-production of logics of anti-Muslim racism past and present. Often, the secularism that comes out of the lives and afterlives of Christianity perpetuates this logic.

To continue with a few examples from our edited volumes: Hannah Strømmen shows how far-right populists in Europe understand and use sacred scriptures to prop up insider/outsider dichotomies in which Christianity fashions and forms the secular. Such usage, she suggests, requires non-reading rather than reading, but it is nonetheless effective. Fatima Tofighi picks up on Strømmen’s proposal for “political scripture research” (86) by pointing out that the relationship between hermeneutics and politics in the reception of the Qur’an is much more complex than the despisers and the defenders of Islam in Europe expect. Mattias Martinson draws on their analyses, asking how such usage of scripture changes the task of the theologian. Pointing to the significance of Christianity for representing European insiders and European outsiders, he concludes that, “In my view, the only reason for continuing to work as a theologian … is the obligation to counter this tendency stubbornly by reclaiming other understandings of Christianity” (132). Christianity, then, emerges as a category that is at least as slippery as “the people.”

Our point is not that each and every claim to Christianity has to be accepted as Christian. Our point is that a normative account of Christianity is present in the distinction between the honest and the hijacked, whether we like it or not. Any such account ought to be grounded. Arguably, theological, sociological, anthropological—and, as Atalia Omer has suggested about peacebuilding, hermeneutical—work that attends to the practices in which Christianity is embedded and embodied can help to identify how such normative accounts are configured. Islamophobia is there, but it is not all there is. Struggles against anti-Muslim racism can also be found in these (re)configurations. If Hafez is correct that “the Muslim” of anti-Muslim racism is conjured up out of thin air, then practices that tackle the role of Christianity in this conjuring are crucial. Of course, there is always the risk of ignoring the conflicts exposed and exploited in populist politics. Yet, there is also the potential to transform these conflicts by coming together for a cause worth fighting for.

Altogether, then, research on populism will not be able to avoid normativity. Both definitions of populism and definitions of anti-populism are normatively charged. Despite slippery categories, it is crucial for scholars—not only for theologians—to uncover the ways in which Christianity is configured and re-configured in practice. It is precisely because these practices escape clear-cut categorizations that they allow for critiques of anti-Muslim racism in the name of Christianity. 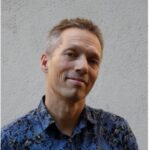 Ulrich Schmiedel is Lecturer in Theology, Politics and Ethics at the University of Edinburgh, where he serves as Deputy Director of the Centre for Theology and Public Issues. He is the author of Elasticized Ecclesiology: The Concept of Community after Ernst Troeltsch (2017) and Terror und Theologie: Der religionstheoretische Diskurs der 9/11-Dekade (2021) as well as the co-author of The Claim to Christianity: Responding to the Far Right (2020), with Hannah Strømmen.

Sturla J. Stålsett is Professor of Society, Religion and Diaconical Studies at MF Norwegian School of Theology, Religion and Society in Oslo. His publications include The crucified and the Crucified: A Study in the Liberation Christology of Jon Sobrino (2003), Religion i urolige tider: Globalisering, religiøsitet og sårbarhet (2017), and Det livssynsåpne samfunn (2021).