The Pacific has been largely COVID-19 free. Of the 11 officially COVID-19 free nations, nine are in the Pacific region (Kiribati, Marshall Islands, Micronesia, Nauru, Palau, Samoa,  Tonga, Tuvalu, Vanuatu). Isolated from the main global trade and travel routes and without land borders, these island nations acted swiftly to isolate themselves from the virus. The hard lock-down response was necessary in part due to the under-resourced health facilities in the islands, and the prevalence of underlying conditions in Pacific nations. People are not simply waiting out the virus, they are resisting any rush back to the old normal.

Contemporary resistance in the Pacific is largely resistance against colonization in both political and ideological terms. The Pacific region has remnants of European, American, and Australasian empires. The French maintain colonies in French Polynesia and New Caledonia, the Americans in American Samoa and Micronesia, the New Zealanders have islands in free association in Niue, Cook Islands, and Tokelau. Indonesia occupies West Papua. Resistance exists within all Pacific nations seeking their decolonized identities and the removal of foreign thinking and agendas.

An example of masking is the case of West Papua, which Indonesia has occupied since 1962. Largely ignored by the world and the UN since, Indonesia’s brutal occupation has been an invisible genocide, with an estimated 500,000 West Papuans killed. With restricted travel across the region for activists and journalists, the truth about what is going on there is being masked and controlled by governments.

Fiji is priding itself on being COVID-19 contained (with active cases only in border quarantine). On October 10, 2020, Fiji celebrated 50 years of independence from the British Empire. Over that period Fiji has had several military coups and government, interspersed with elected governments. The new Constitution (2013) is supposed to deliver a liberal slate of human and civil rights, but these are trumped by a number of decrees, which limit human and civil rights to “responsible” citizens. This includes the notorious “Media Decree” which disallows the media from publishing anything which “is against the public interest or order; is against national interest; or creates communal discord.” Despite having no community transmission of COVID-19, Fijians are still under nightly curfews, with the clear message being that the government is still in control and our freedoms are only as many as the government allows at any time. Many Fijians are in favor of the curfew, not for any protection against the virus, but for added protection against night-time burglary. Resistance to this lack of freedoms is muted.

There are fears that across the Pacific COVID-19 presents an opportunity for the suppression of civil liberties and freedoms across the region. A report in The Guardian shared how the government of Papua New Guinea “railroaded” the National Pandemic Act 2020 through parliament. This law “begins with a list of constitutional rights and freedoms it may constrain, including freedom of expression, freedom of association, and protection from arbitrary search and seizure.” Similar “emergency” actions have been taken by the government in Vanuatu and Samoa.

The region’s dependency on tourism has unmasked the economic risks that nations have taken in being so dependent on an industry that takes for granted the ability of people to travel and spend freely. Economically the Pacific is taking a big hit, especially those tropical island nations that rely heavily on attracting tourists, especially from Australia and New Zealand. With air travel all but stopped, the Fiji Airways laid off hundreds of staff and resorts soon followed suit. In Fiji tourism, which has basically stopped, represents about a third of the economy. Another popular destination, the Cook Islands is also heavily affected. Other Pacific tourist destinations will watch closely what is happening in the French Territory French Polynesia. The popular tourist destination was closed to tourism for a while, but reopened in July 2020 and has since suffered further COVID-19 outbreaks.

Global inequality is on full display in the Fiji Government’s response to the pandemic. They have tried to lure the rich to Fiji, hoping the big spenders will bring some economic benefit. The Prime Minister, Frank Bainimarama, tweeted: “So, say you’re a billionaire looking to fly your own jet, rent your own island, and invest millions of dollars in Fiji in the process–– if you’ve taken all the necessary health precautions and borne all associated costs, you may have a new home to escape the pandemic in paradise.” Luxury yachts are also very welcome, with the added advantage for the sailors that one can clock quarantine time towards the obligatory 14 days while at sea. As Fiji turns to the foreign billionaires, other Pacific nations wish Fijians would turn to them. But Fiji is focusing more on wealthy Westerners rather than travel to other Pacific nations. Not everyone is impressed with this turn toward the rich. Locals, as some have pointed out, suffer from poverty which will only be exacerbated by the shrinking economy. It is estimated by the UNDP that the poverty rate in Fiji could increase from one-quarter to one third of the population. Across the region medical systems are ill-equipped for any widespread community transmission of the virus.

The 2019-20 measles outbreak in the Samoa caused 83 deaths, precipitating a very hard lock down of the country when COVID-19 began. In addition, with the emerging link between obesity and worse outcomes from COVID-19, the Pacific will want to reinforce measures to protect themselves. The top ten most obese nations in the world are in the Pacific. This originally stems from the introduction of Western diets into the Pacific, exacerbated by sedentary lifestyles. Such risk factors are unmasking the underfunded health systems of the Pacific and give good reason for resistance against pressure for borders to open and things to return to the way they were.

Being in lock-down, Pacific nations may appear to be simply waiting to reboot the old normal. This would belie the actions of rethinking and unmasking that are going on. On September 17, 2020 I attended a book launch at the University of the South Pacific in Suva, Fiji. Of the three volumes launched, one (“From the Deep: Pasifiki Voice for a New Story“) was devoted to Pasifika voices reflecting on the Post-Covid-19 Pacific. The 70 contributors to the volume include academics, pastors, activists, youth, students, and members of various communities in the Pacific. A central theme of the work is the desire to develop home-grown alternatives that resists the old normal and creates a new normal.

It would be easy, but wrong, to dismiss many of the contributions as based on primitivism or cultural romanticism. At worst they can be that – Who in the Pacific region hasn’t seen people posting on Facebook the need to reject the allurements of the West and to return to nature? At the heart of this desire is the ongoing quest for the fulfillment of the desire for self-determination, which is not found solely in winning political independence from European empires, but in everyone having a meaningful voice in domestic politics and economic development.

In daily life, the rediscovery of traditional forms of exchange and living are being rediscovered. One positive experiment in Fiji was the re-invigoration of the barter system facilitated through the Facebook group “Barter for Better Fiji“, with membership of one-fifth of Fiji’s population. Some Fijians find it ironic that village-based subsistence farmers (who eat from land and sea), previously mocked for their poverty and traditional ways, are now hosting their unemployed families returning from resorts and cities, earning them new respect and a re-evaluation of the worth of traditional ways of life. The challenge will be finding enough for unemployed youth to do in these settings.

This self-help and mutual aid lies in contrast to the outside help anticipated or even expected when a cyclone or other disaster hits, which generates a cargo-cult mentality of waiting on the beach for help to come from Australia or New Zealand. The lessons learned from the pandemic must be remembered when climate change (the almost forgotten existential crisis of the Pacific) begins to bite harder. Similar to COVID-19, with climate change the rest of the world will be affected too, making the cries of the Pacific seem distant and faint. Then self-help and Pacific-wide mutual aid may be their only recourse.

Another feature of the book is a strong contrast between the slogans of the cultural advocates and the feminist messages of real action for gender equality and action on domestic violence.

Governments and feminist NGOs in the Pacific are reporting that the lock-downs and curfews have resulted in a marked increase in rates of domestic violence (already double the global rate before the pandemic). The patriarchy, misogyny, and homophobia of the Christian Pacific has been further unmasked. At the book launch, Dame Meg Taylor (Secretary General of the Pacific Islands Forum) had strong side remarks for those who wish to return to cultural ways, saying that this must not mean a return to violent patriarchal domination of women in the name of culture.

On a more theological note, one of Fiji’s leading theologians Joveli Meo, writes of similarities between various biblical stories and the COVID-19 pandemic in the Pacific. This includes Noah – who sails away from the chaos of the world to find a new way to live. Another biblical image that suggests itself is the Exodus; the Pacific peoples (like the Israelites before them) are freed from serving an economy not their own, to establishing, on the other end of the sea, a new society of their own making under the guidance of God. For the Christian Pacific this offers hope for a new self-determined normal, but this is only a win if all voices are listened too, including women and children and other minorities. 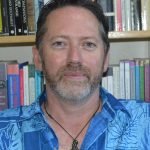 Richard A. Davis is a Senior Lecturer in Theology and Ethics at the Pacific Theological College in Suva, Fiji. In his research and teaching he focuses on contextual theology, social ethics, and political theology. His recent writings include essays and articles on domestic violence, post-colonial political theology and Pacific theology.

Resistance in the Era of COVID-19 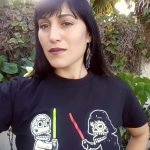 The current conjuncture of crises – climate change, pandemics, the rise of fascism and state violence, the backlash of white supremacy and heteropatriarchy against anti-racism, feminism, and queer/trans liberation, the deepening extractivism of capitalism, the further dispossession and disposability of mass incarceration and deportation, etc. – can be dismantled, swiftly, like a flood, a hurricane, a wildfire – if we can organize ourselves. 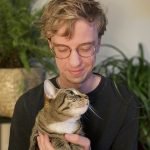 On Tuesday, we perhaps must break the commandment to feed the hungry, heal the sick, welcome the stranger, free the prisoner – to love “the least of these” as if they were God incarnate.