Last year Political Theology published a special issue we co-edited titled “Religious Diversity, Political Theory, and Theology.” This was part of a larger project, emerging from a conference in Oxford in 2017, seeking to bring together political theorists and theologians engaged with normative questions evoked by the public manifestation of religious diversity. The aim was to open up conversational space for scholars from these disciplines who do not normally engage closely with each other, even when addressing the very same issues. (We wrote about the aims and contents of that special issue on this blog).

The idea of public reason has been the central focus of the discussion of disagreement, pluralism, and religion within political theory in recent decades. Indeed voluminous amounts, both constructive and critical, have been written on the demands of public reason and their implications for religious reasons and religious citizens. Several of the contributors to the STP special issue are prominent figures in that debate.

Yet this extensive literature seldom engages with actual religious thought. That is what we seek to do in the STP special issue, with a focus on Christian political theology. The papers explore the possibility of a distinctively theological justification for, and critique of, public reason liberalism, and they consider the opportunities and challenges posed by religious citizens’ distinctive commitments. Two papers address those issues in relation to the kind of concrete political issues— in this case, healthcare and war—that are easily overlooked in what are often highly (if necessarily) abstract discussions of religion and public reason. The papers thus both engage with the theoretical justification of public reason and examine its success in specific practical contexts. But they do this in a way that is different in kind from the existing religion and public reason literature, due to their direct engagement with theology. In this way, the special issue also touches on broader questions about how political theorists ought to engage with theology and how the disciplines interact—questions that have been largely ignored by political theorists.

The first article, by Christopher Eberle, explores the application of public reason to war, taking as its jumping off point Rawls’s comments about the ‘supreme emergency exception’ to the prohibition on the deliberate targeting of non-combatants and theological objections to this doctrine from both Catholics and Protestants. Eberle uses this contested example of theologically-freighted disagreement to assess a number of proposed restrictions on the justificatory role of religious reasons. He develops several objections to two of the central implications of public reason for religion: that religious reasons are unable decisively to justify coercive state policies in pluralistic liberal democracies and that citizens and officials should not support policies that decisively depend on religious reasons for their justification. In particular, he argues that the distinction between the religious and the secular that such claims rely upon cannot withstand scrutiny, because at least some religious reasons are not different in any relevant respect from secular reasons that have justificatory force. Further, in cases such as the supreme emergency exception, there is no policy that can be justified only using reasons acceptable to all reasonable citizens. “We are in the realm of the unavoidably controversial,” he concludes, and must act on whatever we believe the best reasons to be, religious or otherwise.

In the second article, Joshua Hordern also critiques public reason liberalism via an analysis of a specific and controversial area of public policy—healthcare. Healthcare, Hordern argues, poses a particular challenge to (‘consensus’ versions of) public reason, because it routinely deals with existential questions of human life. He demonstrates this both through a critical assessment of Norman Daniels’ application of public reason to healthcare and an examination of several crucial areas of healthcare where public reason proves indeterminate. Healthcare is a domain in which contested, often metaphysical, views inevitably encounter one another in the most challenging of human circumstances, without consensus about existential matters but with the requirement that decisions be made. Hordern argues that insights from the practice of medical professionalism—notably ‘collaborative decision-making’—suggest the need for a discourse which engages different perspectives, within which religious reasoning will have a legitimate role. This does not mean that religious reasons should be privileged, but it does mean that religious communities’ reasoning should be seriously engaged with and permitted to influence decisions.

The third article, by Paul Billingham, takes a broader look at contemporary Christian political theology, in order to identify resources that might lead Christian citizens to endorse (or reject) Rawlsian public reason liberalism—and thus to join (or not to join) the overlapping consensus, the success of which is crucial to the prospects of the theory. He considers theological ideas concerning the source of political authority, the desacralization of politics, the role of government, and citizens’ freedom and equality, ultimately concluding that there are various paths by which Christians might come to endorse political liberalism, but also some significant obstacles that need to be overcome. Further, even for those who do accept Rawlsian ideas, Christian theology always strikes a note of caution, such that this endorsement will fall short of the ‘wholehearted’ allegiance that Rawls seems to desire.

While Billingham’s paper explores a broad sweep of theology, the fourth paper by Kevin Vallier provides a more specific and focused theological argument in favor of a particular public reason view. He critiques both Christian agonist and Christian perfectionist approaches to politics, and defends an account of Christian public reason that is centered on the common good of political reconciliation among diverse persons. This reconciliation occurs when people live together on moral terms under social rules that are justified to each person’s perspective, despite their disagreements. Vallier argues that this account of political reconciliation is a natural extension of Christian ideas of forgiveness and interpersonal reconciliation.

Two responses follow the articles, one from a political theorist and another from a theologian. Cécile Laborde, a leading contributor to public reason debates, and author of Liberalism’s Religion (Harvard University Press, 2017), explores the precise reasons for secular liberal suspicions of Christian conceptions of citizenship and offers a critical appreciation of the ‘Christian political liberal’ responses to these concerns expressed in the four articles. Yet she still finds wanting an assumption often underlying such responses—notably Eberle’s—that secular and religious reasons always enjoy epistemological ‘parity’ in respect of public accessibility and public justification.

Theologian Jonathan Chaplin responds to the questions of religion and public reason broached in the four articles from a different angle. He proposes that an ‘institutionalist’ perspective on the debate yields important insights that are otherwise easily overlooked when the practice of political reasoning is treated exclusively with questions of epistemology and justification in mind. A focus on the distinctive institutional purpose of the political community suggests that such reasoning is better located within an account of democratic practice rather than one of legitimacy.

Close engagement with Christian theology, or indeed any form of religious thought, would be a new challenge for much mainstream western political theory, although it would only be reviving a practice that was regarded as normal until as recently as the nineteenth century. Political science has been taking the measure of the empirical impact of religion in national and global politics for decades. If political theory were also to reckon with religious contributions to normative theorizing, it would put it in a stronger position to contribute to the many political debates that, for good or ill, are today increasingly being shaped by religion.

Equally, if theologians were to familiarize themselves more thoroughly with mainstream discussions in political theory (not least those produced by political liberalism), they would be better placed offer fresh insights to those who do not routinely consult the products of the theological guild and thus to engage in a form of public theology actually attended to by the wider scholarly public.

The combined efforts of political theorists and theologians on these (and, of course, many other) issues could open up new and mutually enriching – if challenging – possibilities of conversation and cooperation on shared matters of the public good in which all disciplines, and all citizens, have a profound stake. We hope that these special issues will spark new encounters to that end.

This essay draws on material appearing in ‘Introduction to the Special Issue on Religious Diversity, Political Theory, and Theology: Public Reason and Christian Theology,’ Social Theory and Practice 47 (3) (July 2021), 451-6. Our thanks to the editor of STP for permission to do so 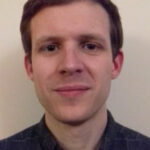 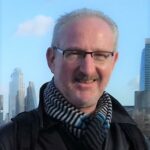 Paul Billingham is Associate Professor of Political Theory and Fellow of Magdalen College, University of Oxford. His work focuses on debates within political liberalism and concerning the place of religion in public life.

Jonathan Chaplin is Associate Fellow at Theos think-tank and a member of the Divinity Faculty of Cambridge University. A political theologian, he works on themes including the state, democracy, justice, pluralism and public religion.