23Then Jesus said to the crowds and to his disciples, 2“The scribes and the Pharisees sit on Moses’ seat; 3therefore, do whatever they teach you and follow it; but do not do as they do, for they do not practice what they teach. 4They tie up heavy burdens, hard to bear, and lay them on the shoulders of others; but they themselves are unwilling to lift a finger to move them. 5They do all their deeds to be seen by others; for they make their phylacteries broad and their fringes long. 6They love to have the place of honor at banquets and the best seats in the synagogues, 7and to be greeted with respect in the marketplaces, and to have people call them rabbi. 8But you are not to be called rabbi, for you have one teacher, and you are all students. 9And call no one your father on earth, for you have one Father—the one in heaven. 10Nor are you to be called instructors, for you have one instructor, the Messiah. 11The greatest among you will be your servant. 12All who exalt themselves will be humbled, and all who humble themselves will be exalted.

Sheldon Whitehouse, Rhode Island Democratic senator stated during the confirmation hearings for Judge Amy Coney Barrett: “When you find hypocrisy in the daylight, look for power in the shadows.” In a room full of lawmakers, Whitehouse conceived that those watching the confirmation on television did not understand the “whole story” and the “real dynamic” of what was happening in the room. Whitehouse’s oration issued a warning to the viewers – look beyond what you see and hear, and examine what is “really” happening.

Within days of the 2020 election, many of the lawmakers in the room with Senator Whitehouse are the same ones who opposed filling a vacancy on the Supreme Court left by the unexpected death of Conservative Justice Antonin Scalia’s in 2016. Suddenly, now with the numbers to secure the vote, they have taken a departure from the precedent they set – that a vacant seat should not be filled in an election year. And, while Democrats were outraged, many have questioned if given the same circumstances would they have done the same thing they charged the Republicans with doing. Essentially many have asked, “Would they have practiced what they are now preaching?”

Similarly, in Matthew 23:1-12, Jesus warns the crowds and his disciples of being careful of doing everything the scribes and Pharisees, the religious leaders, tell them to do.  Jesus advises them “do not do what they do, for they do not practice what they preach.” Instead of functioning in their role of teaching and instructing the people on God’s will, the scribes and Pharisees developed additional precepts around the law and sought to subject the people to these additional precepts.  Prancing around in their religious regalia, enamored with their titles and positions, “…all their works they do to be seen by men,” meanwhile the followers of Jesus are concerned with following the precepts of their faith.

Sitting in seats of authority, wanting to be referred to by titles and with honor, many of the lawmakers in the room with Whitehouse are devoted to their personal righteousness. But, they twist and turn the law into a knotted wire of supplementary rules and regulations that no one can follow, for their own power. Instead of following the tenets of faith many claim, thousands of viewers are watching these elected lawmakers establishing their own kingdoms, no longer leading with integrity and honesty.  Instead, they exalt themselves and dismiss the concerns of their constituents.

As countless people across the country are concerned with the pandemic, unemployment, the future of their children’s schooling and education, and whether or not they will have healthcare, they are watching their elected lawmakers make decisions that could bring harm to millions.  Many are dissatisfied that talks regarding economic relief came to a halt. And, instead of listening to what these lawmakers have been saying, many are examining what is “really” happening – hypocrisy raised to a new level.

Hypocrisy is often defined as “not practicing what you preach.” Though this phrase is catchy, dictionary.com defines hypocrisy as “a pretense of having a virtuous character, moral or religious beliefs or principles that one does not really possess.”

Growing up in the church, I often heard religious leaders admonish the congregation to live a life worthy of a representative of Christ, using the axiom, “You may be the only Bible some people read. You may be the only Jesus people see.” To my young ears, I never understood how I, a walking and talking human being, could be a “Bible” that people read. Or, how I could be “Jesus” that people saw.  Then, one day, it all made sense.  I was talking with a group of friends at a football game.  Only paying attention to the group, I did not see a respected member of the community and church in front of me. Telling a funny story, I used a derogatory term to add emphasis to the story. As soon as the word came out of my mouth, the person turned around and looked at me with disappointment.  Immediately, I felt guilt and shame because this person knew me from serving as a youth leader in my church, teaching and instructing other youth how to be exemplary leaders, following the example set for us by our religious precepts. On that occasion I definitely was not exhibiting virtues or principles representative of a religious leader. I felt like the biggest hypocrite.

Our elected lawmakers are learned men and women. Many have spent years examining the law, comprehending policies and studying regulations. Therefore, it is easy for them to speak with authority, interpreting the rule of law while displaying their political power and rank; however, some have forgotten how to live up to the laws and rules that they instruct and lecture to the general public to adhere to. Their arrogance and hypocrisy have placed heavy burdens on those they have been entrusted to serve – the people who elected them. Caught up in their own self-importance they have forgotten to advocate for and address the challenges many of their constituents are facing. They have forgotten how to serve.

The lure of power is intoxicating for most people, regardless of their station in life. Whether rich or poor, most people are consumed by aspirational capitalism, spending hours daydreaming of having connections, success, money, and status. And, Christians are not excluded. Christians, just like everyone else, want to be seen, recognized, and honored for their accomplishments. They want to be known in important circles; they want to walk into conferences, churches, and special events and be ushered to the best seats. They want people to treat them with honor and respect because of their religious affiliations and positions.  But, Jesus condemns all of this, telling the crowds, the disciples and us, “The greatest among you will be your servant.”

According to J. Gary Stewart in his article “The Importance of Servant Leadership in Schools,” the concept of “servant leadership,” has been around since the 5th century BCE Chinese poet and philosopher Lao-Tzu wrote, “If you want to govern the people, you must speak to them humbly.  If you want to lead the people, you must learn how to follow them.” This idea gained popularity in the US with Robert Greenleaf’s seminal essay, “The Servant as Leader” in 1971. Servant Leadership would become the preferred leadership model for those who wished to serve.

To be a servant leader is a revolutionary act. It requires turning power upside down, putting those whom you lead first. In today’s culture where so many people are chasing fame, personal recognition and pursuing likes – on social media, it is difficult to think about putting anyone else’s needs or concerns above our own. Yet, according to some schools of religious and social thought, a good person would always put others’ needs above their own. Acts 20:35, “It is more blessed to give than to receive” has often been used to substantiate these ways of thinking.

Instead of exhibiting the characteristics of a servant – listening, empathy, generosity and presence, the scribes and Pharisees loved it when others would honor them by calling them “rabbi,” or “instructor” or even “Father.” And, Jesus was swift to rebuke them, “But you are not to be called Rabbi.” It is the same for persons who have acquired doctoral degrees or those who are ordained and require people to refer to them as “Doctor” or “Reverend.” Often these people occupy positions of authority, teaching and preaching humility while exhibiting pride and superiority. “For those who exalt themselves will be humbled, and those who humble themselves will be exalted.” Titles do not matter. Titles do not serve the people.

There is nothing inherently wrong with filling the judicial seat or with what the scribes and Pharisees did or what they wore; it was the motives behind their actions. When those in positions of leadership do not practice what they preach, they can cause great harm in church and society – competition, strife, insecurity, uncertainty and judgment, to name a few. Individuals, families and entire communities can be hurt and spiritually abused by the actions and attitudes of those leaders who see themselves as above those who they led or above the law.

Service is not measured by things or titles; instead service is measured by the degree to which we humbly serve others. When we are so busy putting on a show for others to see us or honor us, we miss the mark. As leaders, whether political, religious or secular, how can we tell others to do what we do not do? How can we preach what we do not practice? 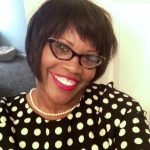 Regina D, Langley is an independent scholar. She received her M.Div and PhD from Princeton Theological Seminary. She currently researches, documents and photographs the intersection of Black women’s faith and fashion. She is currently working on the production of her first photographic/visual documentary Touching Color: Black Women’s Every Day.

One thought on “Practice What You Preach”