A transformative justice approach with restorative mechanisms works to break this logic of de-humanization and build more humanizing social processes. Accountability, as distinct from punishment, is about better understanding the harm, growing in empathy, acknowledging responsibility, and moving in the direction of changing harmful behavior.

The following is a response to James McCarty’s chapter, “Building Peace in a Violent Nation: A Kingean Response to the Interconnected Violence of Racism, Materialism, and Militarism” and Bradley B/ Burroughs’ chapter, “Contracting Justice? Private Military and Security Contractors and the Commodification of War” in The Business of War: Theological and Ethical Reflections on the Military-Industrial Complex.

After the recent insurrection at the U.S. capitol in Washington DC and calls for armed demonstrations at all state capitals in the U.S., we face more clearly the inversion of our society’s militarism. This apparently surprising moment, for some, fits quite well with the Business of War symposium we are presently engaging. Two essays on private military contractors and transformative justice as resistance to the military-industrial complex offer some critical illumination.

The movement to privatize military activity is not merely a neo-liberal manifestation of capitalism, but also what seems to be an inherent logic of de-humanization in the praxis of professionalized killing. The more we enlarge our professional military to prepare, threaten, and enact killing around the world, the broader our de-humanization spreads both towards others and unto ourselves. We increasingly dismantle a sense of the one human family, of inclusive cooperative endeavors, and of a robust public. As we turn away from these, we more easily turn in toward a more disconnected way of being, to a logic of privatization or perhaps more incisively toward possessiveness. We obstruct our sense of empathy. We slowly lose our humanity as the way of violence erupts in various manifestations, such as personal, relational, structural, and cultural.

Burroughs’ essay explains how the United States has been the central player in the “rise of private military and security contractors.” He notes how the U.S. is both the key supplier and the largest consumer of these services. Although these types of contractors were “previously outnumbered by soldiers, the U.S. wars in the Balkans, Afghanistan, and Iraq saw the numbers basically equalize,” according to Johnson. This pattern manifests the logic of de-humanization and privatization in the praxis of professionalized killing.

Well perhaps, but the profits are good, no? Ok, the profits are actually fantastic! Yes, these are quite fantastic for the contractors, the owners, the investors, and many of our pension plans. There are no other options to keep us safe, so we might as well enjoy the profits that can be made, yes? Afterall, we are spreading our national values and interests. What is a ‘bit’ of de-humanization so some of us can live life with abundance in the short-term and in retirement? This is the logic of privatization becoming possessiveness. And this is nothing new about the institution of war. U.S. General Smedley Butler retired in 1931 and was clear-eyed that “war is a racket.” President Eisenhower explicitly warned us of the military-industrial complex in 1961.

The inversion of this militarism upon our society is illuminated in James McCarty’s essay on transformative justice. He notes how “it is no coincidence that a society so structured by violence has endured an epidemic of mass killings by rogue civilian gunmen for decades.” McCarty draws on Martin Luther King to help us see how “U.S. racism, militarism, and extreme materialism, evidenced in our ever-expanding consumption and economic inequality, are interconnected phenomena.”

The Movement for Black Lives and the Poor People’s Campaign are two examples McCarty points to as ways we can resist these interconnected realities. Militarized policing and police violence towards black, brown, and indigenous persons are a profound example of this inversion of militarism upon our society. McCarty explains that “the moral logics that justify this racist and classist violence also undergird the proliferation of the military-industrial complex.” In other words, one way to consider this insight is that logics of de-humanization and privatization function to support a mutually reinforcing spiral between U.S. society and U.S. foreign policy.

In this light, McCarty notices how our current systems related to these patterns actually “do not create accountability,” but rather “incentivize the outright rejection of accountability.” He gives the example of how the one who does harm “is encouraged to deny, obfuscate, and participate in processes in which survivors often have their own experiences and reputations dragged through the mud.” A transformative justice approach with restorative mechanisms works to break this logic of de-humanization and build more humanizing social processes. Accountability, as distinct from punishment, is about better understanding the harm, growing in empathy, acknowledging responsibility, and moving in the direction of changing harmful behavior. The Little Book of Restorative Justice by Howard Zehr unpacks this sense of accountability in helpful ways. Such accountability is obstructed not only by prominent aspects of our criminal justice system, but also consistently in militarism, private military contractors, private militias, and the general praxis of professionalized killing.

What would a more transformative justice approach look like? How would we better move in that direction? McCarty offers a couple resources such as the book on stories from transformative justice movement and a workbook for community accountability facilitators. We also need robust nonviolent skill training in our society, such as schools, neighborhoods, religious communities, civil society leaders, political leaders, and protection institutions. These include skills such as nonviolent communication, bystander intervention, restorative justice circles, as well as unarmed civilian protection and accompaniment. These trainings can significantly challenge the logics of de-humanization and privatization. Another initiative is diverting an increasing number of 911 calls to nonviolent community-based programs with trained mental health professionals, social workers, and unarmed civilian protection units. We have related examples, such as Cahoots in Oregon, Cure Violence programs in various U.S. cities, and the DC Peace Team in Washington DC. In addition, generating robust restorative justice mechanisms in our schools, religious institutions, criminal justice system, and community healing processes would be a critical aspect to challenging the logics of de-humanization and privatization which enable militarism, private military contractors, private militias, and armed political demonstrations. Truth commissions of various sorts are normally an expression of restorative and transformative justice. Such commissions and collaboration are growing in the U.S. related to racial justice and white supremacy issues. These initiatives are crucial to support at the local, regional, and national dimensions of our society.

As this symposium focuses on the Business of War, a crucial aspect of a transformative justice system would be taking initiatives to begin shifting our investments toward these types of programs. We must challenge the inversion of militarism on our society by reducing and shifting money away from policing as we know it and away from the military institution. The Poor People’s Campaign and the Movement for Black Lives provide models and collective action in this direction. As mentioned at the outset, the more we enlarge our professional military to prepare, threaten, and enact killing around the world, the broader our de-humanization spreads both towards others and unto ourselves. We increasingly dismantle a sense of the one human family, of inclusive cooperative endeavors, and of a robust public. As we turn away from these, we more easily turn in toward a more disconnected way of being, to a logic of privatization or perhaps more incisively toward possessiveness. A robust transformative justice approach is one crucial aspect to breaking out of these logics of de-humanization and destructive privatization.

As U.S. society faces an anxious-filled inauguration day, we have an opportunity to see more clearly the urgency of these issues. We have another window into the soul and prominent habits of our society. We have a spiritual invitation to re-align with the theological insights of being made in the image and likeness of God, of being one human family, and living in a common home. Through lament and courageous action, we can engage conflict constructively, break these cycles of violence, and build a more sustainable, just peace.

Eli McCarthy, Ph.D., teaches at Georgetown University in Justice and Peace Studies. Since 2012, he has worked in Washington DC primarily with religious advocacy coalitions on U.S. foreign policy and peacebuilding, with a focus on Middle East policy. He has presented at both Congressional and State Department briefings. His most recent book is an edited volume entitled A Just Peace Ethic Primer: Building Sustainable Peace and Breaking Cycles of Violence (2020). He also has numerous published pieces on topics such as Iran, Syria, Iraq, Palestine, Sudan, nuclear weapons, drones, and restorative justice. In addition to his advocacy and academic work, he is a co-founder and trainer for the DC Peace Team and has served with the Nonviolent Peaceforce in Israel and Palestine as an elections monitor. The DC Peace Team offers training in nonviolent communication, restorative justice, bystander intervention, along with providing unarmed civilian protection deployments. 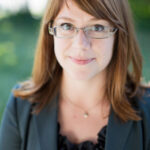 Christian Ethics and the “Problems” of Business and War

Above all, the Christian tradition urges us to reject the application of war metaphors to the market, as if it were a bloody realm of unavoidable tragedy and exclusively self-focused interest. It is not—or should not be—and the temptation to accept economic “tragedy” is really just the temptation to fail to love God and the neighbor, theologically speaking. 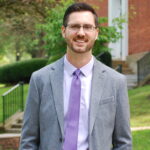 Justice and the Use of Private Military and Security Contractors

Transforming war into a capitalist imperative, the expanded use of PMSCs makes it more difficult to place democratic checks upon military power, commodifies war in a fashion that obscures its tragedy and misery, and threatens to further constrict the role of justice in determining military engagements. 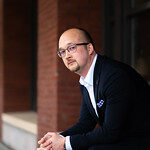 Transformative Justice is Resistance to the Military-Industrial Complex

By working to abolish policing and prisons as we know them today, prison and police abolitionists are engaging in the kind of activism that can resist and dismantle these interconnected evils at the same time. In other words, transformative justice and prison abolition are ways to resist the military-industrial complex. 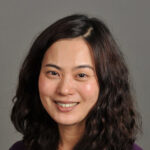 Response: The Business of War, the Labor of War

A full-scale war might spectacularly display the deaths and violence that immediately bring people’s attention. However, an excessive profit-driven business may also kill as many people as war does, while in many cases, these deaths are invisible.

A transformative justice approach with restorative mechanisms works to break this logic of de-humanization and build more humanizing social processes. Accountability, as distinct from punishment, is about better understanding the harm, growing in empathy, acknowledging responsibility, and moving in the direction of changing harmful behavior. 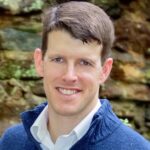 The language of the imago dei has the capacity, in my view, to subvert the legal and ethical justifications for war, and focus dialogue and conversations on the ways in which killing, tragically, allows us to glimpse the diminishment of our own humanity in the death of another.