Early on a sunny September morning, my son, then fourteen years old, knocked on my bedroom door and asked, “Mom? Did somebody bomb the World Trade Center?” Rousing from my sleep I replied, “Yes, but that was years ago.” Before I could roll over to shut off the alarm that was due to go off in a few minutes, he said solemnly, “Mom, turn on your tv.”

That is how I found out about the events of September 11, 2001. It was early in California, but I’m sure many of us had our televisions on as we watched first one plane, then the other hit the towers, and then watched and listened in abject horror as they came tumbling down.

I remember standing numbly in the bathroom across the hall from our bedroom as I told my husband, who was in the shower at the time, “I think we’re under attack.” He thought I’d had a bad dream, but minutes later he was standing still dripping wet in our bedroom watching our tiny dresser-top television, as the news got even worse: two more planes, one at the Pentagon and one in rural Pennsylvania.

There were quick decisions to make: do we send the kids to school, should my husband get on a crowded California freeway system to go to work, would classes on my seminary campus be cancelled or not? We made them as best we could, not knowing many facts but swallowing a lot of fear as I recall. I remember one little boy with whom my daughter walked to school being quite agitated and fearful as he kept repeating, “They’re going to kill us all!” I made a mental note to speak to his parents later about my concerns with how he was upsetting the other children, and also my concerns for his own emotional well-being.

By the time the seminary community gathered in the chapel later that day to pray and to grieve and to ponder unanswerable questions together, it had become apparent that these heinous acts were acts of aggression and terrorism. The situation had become already somewhat politicized on our sleepy little campus. Already some people were calling for revenge, while others were declaring a certainty about how our country had “brought it on ourselves.”

In the eleven years since, the tragic events of that terrible day have seeped into both the political and theological landscape. For those of us for whom the deaths and destruction that day did not have a direct personal toll—other than the accumulated grief of a devastated nation—life has returned to mostly normal. The only blatant reminder I have of 9/11 is when I fly. (But those reminders are vivid enough that I was amazed last summer when we were permitted to board a jumbo jet in Buenos Aires, Argentina after merely walking through the type of metal-detector one can find in many urban high schools or public libraries. I must admit, I felt a little insecure with that level of pre-flight security.)

But the religious environment has shifted considerably. There is a deepened awareness that not everyone in the world proscribes to the Judeo-Christian principles and practices that are the majority in our country. And where that deepened awareness is found, the resulting feelings are complicated.

A little over a month ago, on a bright sunny morning just like that one eleven years ago, a lone gunman walked into a Sikh temple about fifteen miles from my home and began shooting, eventually killing six innocent people, wounding four others, and then turning his semi-automatic (lawfully purchased, news reports would include later) on himself after being wounded by a police officer at the scene. But as soon as the devastation became national news, a caveat—a sort of asterisk to the story— could be heard: “Sikhs are not Muslims; they are peace loving people.” The way that simple statement conflated many of the facts and myths of our multi-cultural understanding and—in my estimation—undermined our ability to live as a religiously plural society, was maddening to me.

I remembered how, after 9/11, many Sikhs were seen as suspect because of the turbans they wear. But mostly that statement hurt my soul because it somehow reflected the belief that if those innocent lives lost that Sunday morning had been Muslim (or any other perceived enemy) the violence enacted by a single perpetrator would have been more understandable. Yes, the Sikh religion is peace-loving, as is Christianity, and Islam, and Judaism, and Shinto, and Hinduism, and most other faiths, I would imagine. The bottom line is that “other”-ness is not a reason to commit acts of terror. Period.

My best hope, as a theologian and a person of faith, is that in any tragic and senseless act committed against an identified “enemy”, in the days and months and years that follow we may be able to look deeper into our own limitation in understanding and accepting those whom we perceive as different from us. This will not mitigate devastating losses of loved ones, but can help us to remember, so that as we heal we need not repeat the sins of the past.

My prayer this anniversary week is for those still suffering from acts of violence carried out in the name of religion or of patriotism, and for those who work for peace in an increasingly complex world. 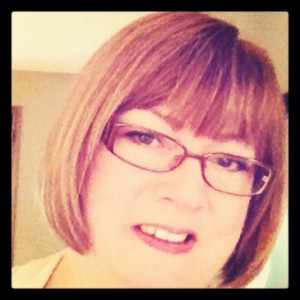 I am an ordained Teaching Elder (the office formerly known as Minister of Word and Sacrament) in the Presbyterian Church (USA). A lifelong Midwesterner (except for those years spent at the San Francisco Theological Seminary), I currently live in a suburb of Milwaukee, WI with my partner of over thirty years, my spouse Peter. Together we raised two children who are now young adults and who manage just fine without us in places as far flung as the next town over, and the west coast.
I’ve served as a parish pastor, and also at the regional governing body level in a judicatory capacity. But what gets my creative juices flowing these days is writing, whether it be a sermon, an article, a blog post, or my burgeoning memoir, an account of my journey as a small-church pastor.
I view the political landscape through a complicated lens. I come from a conservative, rural background. Growing up, I only knew one child in my county-consolidated school whose father did not vote for Richard Nixon. My own political transformation began when I worked for ten years for Planned Parenthood of Wisconsin.
My theological reflections will appear in Abingdon’s Creative Preaching Journal for the year 2014, published in 2013. I’ve also appeared in the Episcopal Women’s Caucus Journal, Ruach, and have written materials for the Religious Coalition For Reproductive Choice. I am a proud charter member of RevGalBlogPals blog ring, and blog at You Win Some, You Learn Some.