Truth be told, the world is much larger than we are able to remember.

Truth be told, the world is much larger than we are able to remember. If the problems of my neighbors— with whom I am in close proximity—often fall to the way side of my thinking, are often ignored or simply forgotten without personal malice or ill intentions, than my neighbors who exist from afar, across oceans, are much easier to neglect. It is hard to admit such a confession in our globalized world. Instantly we can speak with whomever, wherever at whenever time. In a moment’s notice, we can watch videos of events in places we may never visit. Our world, technologically, is more interconnected than its ever been; but, that interconnection, dare I say that interdependence, does not necessarily equate to a world of stronger interrelations. That is where political theology comes in. That is the bridge that political theology seeks to build.

We begin first with Dr. Sunder John Boopalan. Boopalan’s essay, entitled: “Wounds of the World: Does Theology Aid or Hinder Their Remembrance and Tending?” grounds our focus on the global horizon of political theology. Taking up the work of Shelly Rambo, Boopalan argues we need theologies that affirm the plurality of bodies, theologies that use our wounds as sites of relating and connecting. Next we will think with Luis Aránguiz Kahn. Kahn makes a fascinating argument about the “derachizacion” or, the moralizations of politics. Khan argues that Latin America’s evangelical and political scene are contributing to an interesting moral culture to which we ought to pay attention. And then we end our discussion with an essay by Dr. Betsy Perabo. Perabo offers us an essay on the historical and modern relationship or, “symphonia”, between church and state in Russia. There is currently a struggle about what such a relationship means and looks like in the 21st century, considering all that has transpired and is transpiring there.

We hope you enjoy and think hard with everyone’s work. And we that these essays offer a lot of food for thought about what it means to think about worlds outside of our own, to theologize politically, globally. 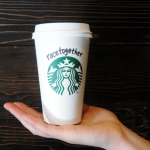 By Race And Political Theology Editor 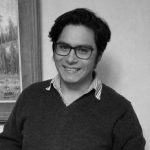