This roundtable will reflect on the ways “law” and “order,” as secular and religious concepts, have constructed and reproduced racialized notions of “ideal” citizenship and religion in the context of US Catholicism.

“Law and order” talk has been resurgent in recent years. It has been deployed to delegitimize activism against anti-Black state violence. It has been invoked to justify the incarceration of Latin American immigrants. It has been weaponized against Native activists fighting to protect land rights and water ways. And, of course, it has served as the heart of former-President Donald Trump’s political platform. Make America Great Again, among other things, signifies a call for the restoration of “law and order” against the purported lawlessness and disorder of the Black Lives Matter movement. Historians and legal scholars have long recognized and unpacked the ways in which “law and order,” as discourse and in practice, (re)inforces a racialized order in particular. This roundtable will reflect on the ways “law” and “order,” as secular and religious concepts, have constructed and reproduced racialized notions of “ideal” citizenship and religion in the context of US Catholicism.

This roundtable builds on the burgeoning subfield of US religion and law. “Religion and law” often serves as shorthand for debates around religious freedom and the separation of church and state; for the ways in which a peculiarly Protestant notion of “religion” is managed by the modern secular state. Catholics, from this vantage point, represent one of many “Others” that subvert normative notions of “proper” religion. While useful, this framing distracts scholars from the ways Catholics (white Catholics, especially) have been and remain complicit in that management. In a similar vein, Catholic studies frequently emphasizes Catholic difference on the US religious landscape. Historians have argued, for instance, that Catholic resistance to abolition in the 19th century and to desegregation in the 20th century can be explained by recourse to distinctively Catholic commitments to social order and obedience to authority. Again, though it has its uses, this American Catholic exceptionalism obscures the ways Catholics and Catholicism participated in and were inextricably shaped by the racializing logics of US law.

Our roundtable is oriented around questions: How have “law” and “order” constructed and reproduced racialized notions of “ideal” US citizenship and Catholicism? How have Catholics, in turn, constructed and reproduced racialized order through recourse to US law? Each contributor will attend to these questions and invite readers to think expansively about law, order, race, colonialism, and Catholicism across over 130 years of US history.

Contributors will discuss the disparate treatment of Native peoples and European immigrants that situated white Catholics on one side of a racialized colonizer-colonized divide; the CIA’s strategic promotion of a normative notion of “good” American Catholicism in anticommunist actions at home and aboard; the ways “law and order” emerged as a constitutive feature of white Catholicism in the midst of massive resistance to desegregation; and how popular Mexican Catholic practices continue to shape the ways law enforcement racially profile of immigrants. 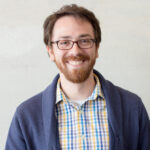 Matthew J. Cressler is associate professor of religious studies at the College of Charleston. He is the author of Authentically Black and Truly Catholic: The Rise of Black Catholicism in the Great Migrations (NYU Press, 2017). He is currently at work on a history of white Catholic racism in the American century. He has written for The Atlantic, Slate, America, Zocalo Public Square, and Religion News Service. You can connect with him on Twitter @mjcressler. 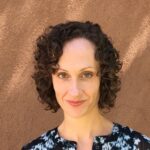 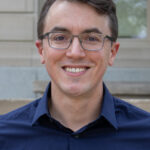 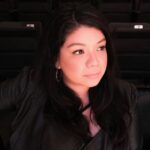