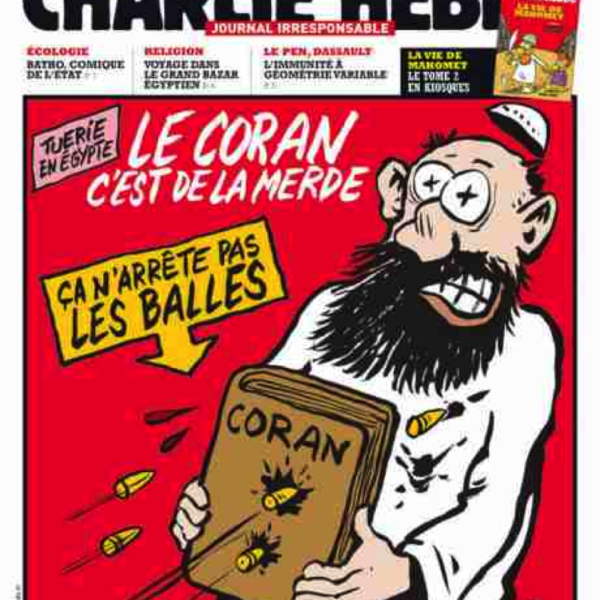 Laughing with Charlie (but never about Charlie) (by Santiago Slabodsky)

In the midst of the Arab uprisings, the now famous magazine Charlie Hebdo published one of their traditional satirical covers. They titled the issue “Killings in Egypt” and drew the figure of a Muslim religious activist who was riddled with bullets. The subtitle was more than eloquent: “The Koran is a piece of shit,” the agonizing Muslim was made to say, because “it does not stop bullets.”