Rahima[1] is a financial services professional in her early thirties, working for a bank and living with her parents in La Courneuve, a neighborhood of Seine-Saint-Denis, north of Paris. She grew up in the Islamic culture that was the result of the revivalist institution-building of the 1990s, listening to recorded lectures by Tariq Ramadan, attending the annual gathering of Muslims at Le Bourget, and participating in a young women’s study circle at her local mosque. Her religious path evolved, from a period of her youth that she later described as “rather salafist” to a period of deep engagement in French Muslim civic life during her undergraduate years to a period of relative distance from organized religion. At the time of our interview she described herself as “just Muslim, neither more nor less. I love Allah and I’m doing my best in the day-to-day.” Rahima explained that “Islam has always been the same. But my way of living it has changed over the years.”

Despite these changes in her way of living, Rahima felt an abiding constancy in her piety, and in her connection to spaces of Muslim collectivity. Over dinner at a halal Thai restaurant in eastern Paris, she spoke of this piety as an affective inheritance from her family:

I learned to love the mosque from my grandfather. I loved him, and he loved the mosque, and I wanted to spend time where he found peace. He used to do spiritual retreat there during Ramadan, and I thought, you know, how beautiful that must be, to live in that atmosphere, that feeling of the mosque. I like to think that I have inherited that feeling from him.

She described similar feelings of tranquility in many mosques, at certain religious lectures and conferences, and in informal discussion circles of Muslim women. While she had moved among different approaches to the Islamic tradition as an intellectual and ethical project, Rahima experienced constancy, both personally and intergenerationally, in her pious affective inheritance of tranquility and love, emotions which were evoked by religious gatherings and spaces of congregation.

Rahima’s Moroccan grandfather had spent decades in France, working in factories and constructing railways. “This generation built France’s roads, her buildings, took the jobs that French people didn’t want in the post-colonial period,” she explained. “These French people or foreign residents who payed taxes just like everyone else. These French people who just wanted to live in peace, who sowed their sweat and only harvested disdain.”

The love and respect that Rahima held for her grandfather was bound up in her family’s history of migration and labor. While the Islamic revival in France is often framed as a movement of “modern” young people distancing themselves from their parents’ and grandparents’ “traditional” forms of Islam, Rahima’s pious “feeling of the mosque” was bound up in her filial piety and sense of indebtedness to her grandfather, his labor, and his sacrifices. Her affective experience of mosques and other spaces of religious collectivity, the aspect of her piety that she described as most enduring over the years, was refracted through her family’s intimate history of colonization and immigration. For Rahima, social moments and movements might come and go, but what kept her returning to spaces of religious gathering was a connection to her affective inheritance and her self-understanding as a daughter and granddaughter of immigrants.

In The Suffering of the Immigrant, Algerian sociologist Abdelmalek Sayad writes of emigration as “the product of a fundamental break” of colonization.

More so than any other circumstances that are likely to create or sustain bonds of solidarity, the exile into which the emigrant is forced – in other words the minority existence that is forced upon him and which must be endured when he has to live amongst others (who are, as it happens, the colonizers) – inevitably forges new and collective thoughts and hopes.[2]

Sayad points here to the relationship between the ruptures of colonization and immigration and the forging of “collective thoughts and hopes.” While he writes of these collective hopes in terms of postcolonial nationalism, we can also recognize them in religious forms of collectivity. The eclectic spaces of Islamic revival through which Rahima passed were constituted through the intergenerational inheritance of the “fundamental break” that Sayad described in his work.

This understanding of pious collectivity as an inheritance of immigration was exemplified at a roundtable debate among five francophone Muslim intellectuals held on a Sunday morning at a mosque in a suburb just outside of Paris. The event served as a fundraiser for the mosque, which was raising money for a new structure to replace the repurposed industrial space they currently used. There were several hundred people in attendance, and an abundant picnic was being prepared under tents outside. In the course of a wide-ranging discussion of law and ethics, Shaykh Mourad, an imam, teacher, itinerant lecturer, and respected expert on Islamic law, argued that traditional sources upheld the ability of qualified women to lead mixed-gender prayers in certain circumstances.

This claim had the intended effect of unsettling his audience, and uneasy murmurs rippled through the crowd. Finally, a man stood up to address the shaykh. A cordless microphone was brought to him. “Shaykh, respectfully, I don’t believe you,” the man said. “I really don’t.” The audience member went on to explain that while he didn’t agree with Shaykh Mourad, he did not like to think that there were “things in our tradition that are going unsaid because those who studied them are afraid.” Whatever the arguments were about female-led prayer, he insisted, he wanted them to have a full hearing.

One of the shaykh’s fellow panelists, Jibril, a doctoral student and community organizer in his 30s, jumped in excitedly.

See, that’s good ikhtilāf [disagreement]! It’s mutual critique, critique that goes both ways, the fact that we can all gather here and debate and not be in agreement. It’s the proof that the critical method is nothing but another way of entering into the fraternal method.

Because that’s our responsibility, a responsibility that we have inherited from the history of immigration, without which we would never have found ourselves together in this room, having this argument. That history has brought many difficulties, sure. But it has also brought us this opportunity for synthesis, for ikhtilāf, for fraternité, that for me is very very precious.

The thread of debate between Shaykh Mourad and the audience member was lost in the ongoing conversation.

Jibril creatively expanded the idea of an ethics of disagreement [adāb al-ikhtilāf], drawn from the legal tradition, to encompass all levels of community debate. He used it as a broader index of “difference,” referencing the internal diversity of the French Muslim community that has brought “an opportunity for synthesis, for ikhtilāf, for fraternity,” and a commensurate moral responsibility. Jibril identified “good ikhtilāf” both in Shaykh Mourad’s assertion about women leading mixed gender prayers, and in the audience member’s dissent, explicitly articulated as a desire to better understand and make space for the shaykh’s argument. He framed ikhtilāf not only as part of a diachronic Islamic tradition, but also, even primarily, as part of the “inheritance of immigration” – the eclectic Islamic discursive sphere and “opportunity for fraternité” that would not exist in its present form without the history of immigration to France. Like Rahima’s affective inheritance, Jibril conceptualizes the inheritance of immigration in a specifically Islamic frame, but not in a way that invokes an essentialized “Islamic past.” For Jibril, the moral responsibility of “good ikhtilāf” was inherited not primarily from the jurists who elaborated the ethics of disagreement, but from the history of immigration that constituted the Muslim discursive sphere in France.

Both Rahima and Jibril understand themselves as heirs to a rupture that has become a continuity. Like Talal Asad’s concept of discursive tradition, the inheritance they speak of is a way of conceptualizing “how the past is related to present practices.”[4] But the past that is invoked here is neither ancient nor continuous. Rather, it hinges on the political, intellectual, and emotional ruptures of the recent past. At times, the inheritances of immigration overlay with conversations framed explicitly in terms of an Islamic discursive tradition, as we saw with Shaykh Mourad and Jibril. At other times, the inheritances of immigration are more affective than discursive, as we saw with Rahima. In both cases, the inheritance of immigration was not conceptualized as a reaction, nor as a nostalgic remembrance of a past before France, but as a responsibility or an indebtedness to those who had come before and to their struggle.

[1] Names and identifying details have been changed.

Kirsten Wesselhoeft is Assistant Professor of Religion at Vassar College. She is an ethnographer of Islam and social change currently focused on contemporary France. 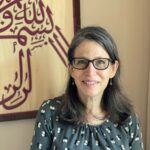 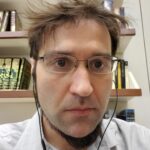 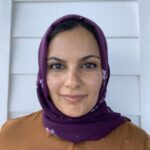 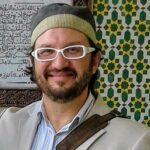