…I see my list on political theology functioning like Wittgenstein’s ladder metaphor in his Tractatus. Once graduate students read and grasp these important texts, they should “throw away the ladder”, so to speak, and deconstruct all they have learned about political theology to illuminate contemporary problems on their own. Once they reach the top, they can throw away the ladder. 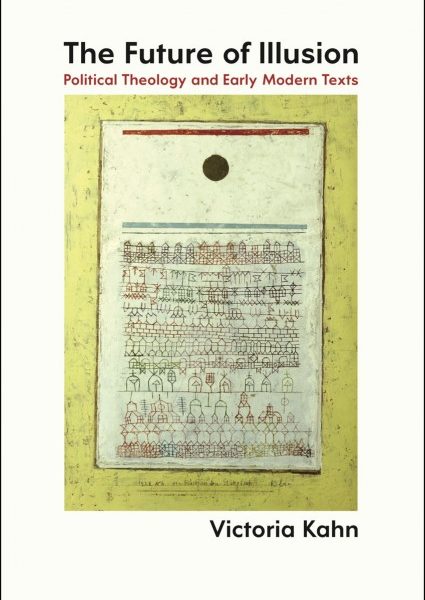 Book Preview – The Future of Illusion by Victoria Kahn

A Review of “The Weimar Moment: Liberalism, Political Theology, and Law” (Part 2)

What brought Strauss into conversation with Schmitt was their mutual disillusionment not just with the political liberalism of the Weimar Republic but with post-Enlightenment liberalism in general. For theoretical solutions on how to ground political authority in something more substantial than Enlightenment rationalism, they both turned to aspects of pre-modern traditionalism – for Schmitt, an authoritarian Catholic political theology, for Strauss the recovery of ancient political philosophy and its medieval transmitters. On the practical plane, they both thought that parliamentary democracy was utterly unequipped to cope with the various crises afflicting postwar Europe. As a Jew, however, Strauss had no chance of signing on with the various authoritarian options on offer during the 1930s, since they invariably included anti-Semitism as part of their program and ideology. Both men shared ambivalent relations with their respective religious traditions and have even been suspected of covert atheism. In the end, Schmitt’s Catholicism, however episodic and selective, seems to have been more integral to his thinking than Strauss’ ancestral Judaism was to his.