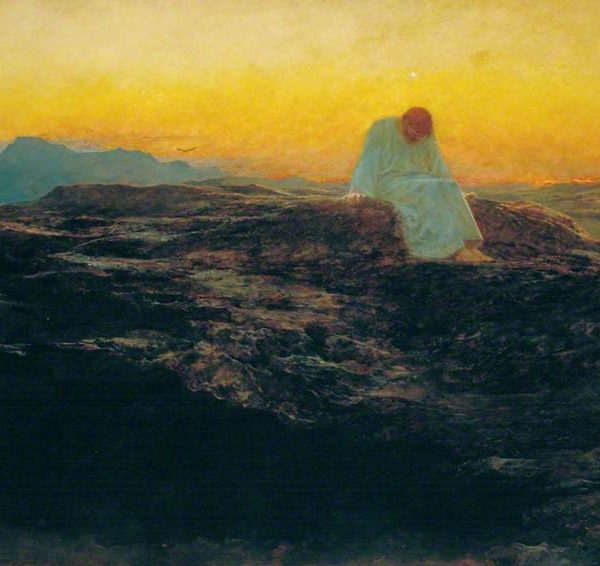 The devil sought to divert Jesus from his mission in three different ways. Walking Christ’s cruciform way, we face the same temptations.

By Alastair Roberts
March 4, 2019
The Politics of Scripture

An Invitation to the Wilderness: The Politics of Mark 1:1-8

The wilderness was not a place that good Romans went. In the view of Roman imperial cosmology, the wilderness was a place full of savage people to be subdued and conquered. The Augustus of Prima Porta statue, imaged here, shows precisely this view. The heavens come into alignment and the Gods look down in delight as the Parthian king surrenders to Rome. On either side, mourning barbarian women are curled in positions of submission. This is how Rome viewed the wilderness — the worlds of barbarian people and wild animals outside the boundaries of Roman control, and only fit into the Roman imagination once they had been subdued. This was the drama enacted regularly in the arena, where wild animals and foreign persons were slaughtered before adoring crowds.