The history of the “comfort women” – young women who were forcibly conscripted as sexual slaves for Japanese Imperial Army soldiers – intersects with histories of Empire, sexual abuse, military-industrial complexes, patriarchal and misogynistic practices, poverty, and dehumanization. But as documentation efforts for the survivors’ testimonies expand, it increasingly becomes clear that the narratives are not quite so simple. In this short reflection, I make both an observation and an argument, focusing on two testimonies from Chinese comfort women survivors.  First, my observation is that those narratives demonstrate habits or patterns that move beyond a Japanese-oppressor/non-Japanese-oppressed essentializing binary. Deploying Johann Baptist Metz’s concept of dangerous memory, I argue that the remembrance of various diverse contributors to the militarized system of sexual slavery not only facilitates the quest for restitutive justice but, more importantly, interrupts alibis for other avenues of injustice that persist today.

Lei Guiying was conscripted into the comfort women system when she was thirteen, but she had already been aware of the atrocities since she was nine. Unfortunately, her family situation took a turn for the worse.  Her father passed away and the year after, her mother was kidnapped to be a bride. As Lei described, “At that time, a poor man who could not afford a wedding would snatch a woman to be his wife.” Resigning to her circumstances, she tried to bring her two children – Guiying and her brother – along but, as she recalled, the men in her mother’s new husband’s village only allowed the brother to accompany her because of his gender. Girls were considered deadweight. Guiying, now orphaned, was frequently denied adequate care and even being married into a family did not spare her from abuse due to her gender and social status. She ran away and, after begging for some time, Guiying was offered a job as a maid for a Japanese couple who owned what she thought was merely an inn by the highway. Only later did she realize it was in fact a military brothel, a comfort station for the army base nearby. But by then, she had come of age and was forced to service the soldiers.

Yuan Zhulin’s story has several similarities to Lei Guiying’s.  Crushing poverty forced Zhulin’s husband to work in a distant city and the Japanese invasion foreclosed the likelihood of his return. Again, being financial deadweight, she was sent away by her mother-in-law, forcing her to remarry and work unsteady jobs. In 1940, however, a local Chinese woman named Zhang Xiuying came to recruit women, ostensibly to be maids for cleaning hotels, attracting Zhulin to flee her second husband to pursue steady employment and escape poverty. Unfortunately, like Guiying, she discovered that Xiuying was the owner of a comfort station and was recruiting comfort women. The knowledge that Xiuying was a fellow compatriot serving the Japanese oppressors doubled Zhulin’s sadness. After the War, Zhulin returned to her home city near Wuhan where she encountered Zhang Xiuying – “the woman who had tricked me and the other girls into the living hell” – and reported her to the local policemen, only to be turned away because “those things are hard to investigate.” The desire for social harmony overrode the necessity for justice, the lack of which was compounded by her own public humiliation when her slavery as a comfort woman became public. Derided as a “whore working for the Japanese,” local officials accused her of being a voluntary sex worker for the Japanese Army and exiled her to the northern Heilongjiang province.

Testimonies of Chinese comfort women victims are few, although scholars such as Peipei Qiu are trying to document as many as possible. Their work and those like it enabled Zhulin to return home to Wuhan many years later. All twelve testimonies recorded in her book, Chinese Comfort Women, are worth reading. I suggest, however, that it is important to read their stories, not just as history but also as dangerous memories. Johann Baptist Metz describes dangerous memories as those in which “earlier experiences flare up and unleash new dangerous insights for the present … like dangerous and uncalculable visions from the past.” Such memories interrupt prevailing narratives, often of material progress or harmony, which hide concrete realities of suffering underneath its gild. In the Metzian imagination, future hope is inscribed into past truths. Remembering a future that is habitable for humanity and receptive to justice requires remembering the inconvenient past that, when surfaced, can threaten the status quo.

Reading the testimonies as dangerous memories opens up two concerns. First, they remind us of the intersectionality of oppressions which implicates a wider circle of peoples and structures than simply the Japanese Imperial Army. Without a fuller inventory of the comfort women stations’ depravity, the Japanese Army can quickly function as an essentialized alibi that deflects attention from naming oppressions not linked specifically to them. For instance, systems of patriarchy and socio-economic inequality ensured that women were not only deprived of their rights but also evacuated of their human dignity. As another victim in Peipei Qiu’s study, Zhou Fenying, explained, “girls were unwanted and were called ‘money-losing goods’ since they would serve another family when they were married and their parents had to spend a fortune to pay for the dowry.”  This was not a Japanese Imperial import into Chinese culture, but one steeped in historical Chinese habits that made the women even more vulnerable to exploitation by the comfort women system. Hence, discussion of justice for comfort women should include interrogations of current practices that marginalize and dehumanize women.

The second and related concern hearkens to Hannah Arendt’s phrase, “the banality of evil.” Arendt introduced the term in her reporting on Adolf Eichmann’s trial in Jerusalem to highlight Eichmann’s utter un-exceptionality. In doing so, Arendt reminds us of evil’s multiplicity and ordinariness. Eichmann, a critical contributor to the Final Solution, was not an ideologically-driven fanatic but a humdrum bureaucrat with hopes of career advancement, much like most people. Thus, in a similar vein of consideration, among the most dangerous memories that Guiying and Zhulin’s elicit is not only the unfathomable totality of what the women have suffered, but also the shocking ordinariness of some of their oppressions. While the comfort stations system may be exceptional in its organized cruelty, there was nothing unusual for the times with a classist society that marginalized the peasantry and a patriarchal worldview – those habits of thought were a de rigueur definition of social order.

Hence, the Japanese found some Chinese individuals like Zhang Xiuying to be willing participants in ensuring that the cogs of the military-industrial sexual system continued to grind. Outside of China in Malaysia, a comfort woman survivor testified how soldiers in two Japanese trucks entered her village outside of Kuala Lumpur and proceeded to abduct a few girls after attacking the men.  The Japanese soldiers were led by a Chinese informant, a relatively common situation, as Maki Kimura suggests. That Chinese informants may unthinkably participate in the dehumanization of their own peoples is less surprising – albeit no less justifiable – given the marginality of the forcibly conscripted women. This realization troubles one dichotomy – the Japanese oppressor/non-Japanese victim binary that often typifies superficial analyses of the comfort station system. The closer and more disconcerting truth may be that the efficacy of the Japanese oppression was only enhanced thanks to the opportunistic collaboration of Chinese (and other local) enablers for whom conscripting poor nobodies barely registered as an ethical consideration.

Reading the testimonies of Guiying and Zhulin as dangerous memories acknowledges how the silent cries of many comfort women victims who died without having testified to their personhood deferred and humanity denied also call for us today to remember a future that encourages the development and flourishing of whole persons. Dimensions of dehumanizing women and poor people persist today in China and elsewhere. Their memories do not leave us the option to remain idle as forms of evil metastasize today. Without being in concrete solidarity with those suffering from evil, informed by the fullness and complexities of memories past, we risk being examples of the banality of oppression.

Henry S. Kuo is assistant professor of theology and ethics at Greensboro College in Greensboro, North Carolina. He holds a Ph.D. in systematic and philosophical theology from the Graduate Theological Union in Berkeley, California; an M.Div. with a focus on Christian ethics from Princeton Theological Seminary; and an M.A. in economics from the University of Illinois at Chicago. His research focuses on questions in ecclesiology, applied ethics (particularly business and legal ethics) and has published articles on the matter in Reformed World, Religions, the Journal of Religion and Business Ethics, and Interreligious Studies and Intercultural Theology. 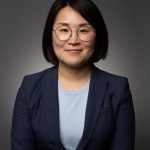 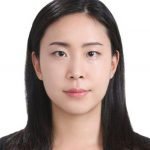